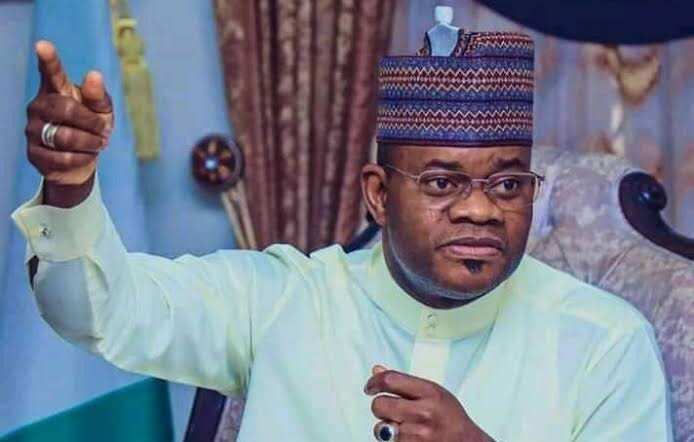 FCT, Abuja – Governor Yahaya Bello, presidential candidate under the flag of the ruling All Progress Congress (APC), revealed on Friday April 8 that he would nominate a female candidate if he ran as the party’s presidential flag bearer.

Governor Bello said so in Abuja at the “Second Annual GYB Seminar for Political and Criminal Correspondents in Nigeria”, which was attended by Legit.ng

“If I am given carte blanche to choose, I will not leave my mother’s constituency. I would love to have the first female vice president in 2023.”

Do you have a breakthrough story that you would like us to publish? Please contact us via [email protected]!

Bello, who is the youngest governor in Nigeria’s history, said his administration, if given the mandate to lead Nigeria, would focus on empowerment and capacity building to foster the smooth functioning of the Nigerian economy.

While answering questions on how he intended to improve Nigeria’s economy, the 46-year-old responded by saying that his administration in Kogi had produced 2,000 millionaires.

Ahead of his response, the Okene-born politician promised 20 million Nigerian millionaires by 2030 if he was appointed to run business in Aso Rock.

Also, in a bid to show his love and concern for the inclusion of women in political position, Governor Bello appointed Hafsat Abiola-Costello, daughter of the late MKO Abiola to lead his campaign team.

Hafsat, delighted with the new role, said her appointment as Governor Bello’s campaign CEO is a historic achievement for Nigerian women in politics, as she is the first woman in the country to lead a presidential campaign.

According to her, from now on women will no longer be cooks and singers during presidential meetings.

Hafsat Abiola also revealed why she agreed to lead the presidential campaign of Governor Yahaya Bello of Kogi State.

She claimed that her decision to work with Bello was because he had the qualities to take Nigeria to its right destination.

According to her, one of the similarities between her late father and Governor Bello is their refusal to have political sponsors.

However, critics have also not strayed far from Governor Yahaya Bello’s presidential ambition ahead of the 2023 election.

Yahaya Bello talks about MKO Abiola’s life, legacy and plan for his family once he becomes president

The Kogi-born award-winning journalist condemned the governor’s leadership style, particularly his alleged mistreatment of state workers in terms of percentage salary payments and governance in general.

Israel, in a statement signed Wednesday, March 30 in Lagos, described Yahaya Bello’s presidency as “the biggest joke of the century” while warning Nigerians against another Buhari-style president coming in 2023.