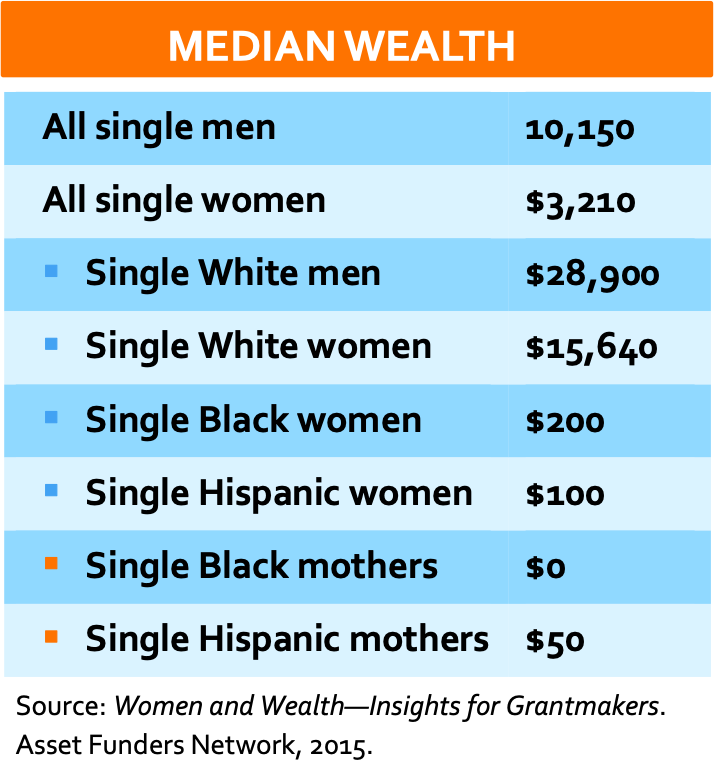 4 ways to become a financial feminist and empower women

“Nothing bad happens when women have more money,” says Sallie Krawcheck, former Wall Street executive and CEO and founder of Ellevest, a women-focused investment platform. Sallie is part of a growing group of influential and vocal women who espouse the idea of ​​financial feminism, which stands for financial inclusion and equality for women, not only in terms of their income, but also the constitution and maintaining wealth.

The financial well-being situation women face is dire and needs to be addressed. Due to a number of factors, including systemic inequalities, stereotypes and gender roles, women earn and save less money, and they are less likely to optimize the way they invest to create richness.

Gender differences in financial inclusion have far-reaching effects on the quality of life and empowerment of women, their families and communities, putting them at risk of financial fragility and poverty, especially in times of crisis. Women have been disproportionately affected during the COVID-19 pandemic, as well as by the climate crisis. Women also tend to live longer than men, which has led to some estimates in Germany putting 75% of women between 35-50 years of age at risk of poverty in old age.

Financial inequalities start at a young age – several studies show that boys receive more pocket money than girls. For adults, according to the Global Gender Gap Report 2021, even in Iceland – the country with the smallest gender pay gap – women still earn only 86 cents for a man’s dollar for a similar role. The lower income of women, as well as lower labor market participation and other systemic biases, have an aggravating effect on the ability of women to create wealth.

There is evidence that women in the developed world have a disproportionate amount of debt, including student debt, that financial institutions charge women higher interest rates, and that women receive poorer financial advice, for example by being offered more expensive financial products. In the United States, while women earn an average of 82 cents for a man’s dollar, they own only 32 cents, which drops to pennies when you compare black women to white men and white women.

Financial feminism bridges the gender gap in financial inclusion by engaging, educating and encouraging more women to take control of their finances, as well as raising awareness in society to support these urgent mindset shifts. Here are four ways to get involved in the movement:

Annamaria Lusardi, who heads the Global Financial Literacy Excellence Center, advocates that women need to become more fearless. Women universally lag behind men in financial literacy, which affects their ability to make sound financial decisions, participate in the stock market, plan for retirement and build wealth. Her recent research found that a third of the gender gap in financial literacy can be explained by women’s lack of confidence. Her article concludes that “when it comes to financial literacy, women know less than men, but they know more than they think they know.”

What does it look like to be more fearless in practice? Clearly more research is needed, but Lusardi’s article suggests creating financial education initiatives tailored specifically to women. Improving women’s investment experience could also boost their confidence, for example by learning by doing by investing in the stock market with very small amounts (Ellevest has no minimum investment amount). Dr Mara Harvey suggests that we start educating children about financial matters early. She has created a series of children’s books that breaks down financial jargon into easy-to-understand concepts with rhymes and illustrations.

2. Surround yourself with female role models

Despite a recent backlash against ‘influencers’ on social media platforms, there is something to be said about surrounding yourself with role models and financial educators who come across as part of a larger movement. broad towards financial equality. TikTok and social media star Tori Dunlap believe that “having a financial education is the best form of protest for a woman.” His podcast, aptly titled Financial feminist reached # 1 on the Apple Business charts (in the US) within 72 hours of its launch in May 2021, underscoring the current appetite for women talking about finance. Bola Sokunbi of Clever Girl Finance wants to help women become responsible, give up debts, save money and build real wealth. Surrounding yourself with female financial role models normalizes talking about money, investing, asking for equal pay, and building wealth.

The World Economic Forum has been measuring gender gaps since 2006 in the annual Global Gender Gap Report.

The Global Gender Gap Report tracks progress in reducing the gender gap at the country level. To turn these ideas into concrete actions and national progress, we developed the Gender Gap Closing Accelerators Model for Public-Private Collaboration.

These accelerators were organized in Argentina, Chile, Colombia, Costa Rica, Dominican Republic, Panama and Peru in partnership with the Inter-American Development Bank.

In 2019, Egypt became the first country in the Middle East and Africa to launch an accelerator to close the gender gap. While more women than men are now enrolled in university, women make up just over a third of professional and technical workers in Egypt. Women in the workforce are also less likely to be paid the same as their male colleagues for equivalent work or to move into managerial positions.

In these countries, CEOs and ministers work together over a three-year period on policies that help to further close economic gender gaps in their countries. This includes extended parental leave, subsidized child care, and the removal of unconscious bias in recruitment, retention and promotion practices.

If you are a business in one of the Closing the Gender Gap accelerator countries, you can join the local member base.

If you are a business or government in a country where we do not currently have an accelerator to close the gender gap, you can contact us to explore the possibilities of creating one.

3. Rely on your employer, your school, your local council

Today, individuals are increasingly responsible for looking after their own finances. Cuts in publicly funded pensions, the shift from defined benefit pensions to defined contribution pensions and relatively easy access to credit mean that the financial decisions we make have a profound impact on our quality of life today. and in the future.

Why not start asking questions about how to improve women’s financial literacy in your job, school, or local council?

4. Connect with and defend all your sisters

Women are a diverse group in their own right and we need to interact with, listen to, consider and support women who are disproportionately affected by financial inequalities. This could mean reflecting on her privileges and demanding that the experience of women from all walks of life be included in feminist financial efforts. The Closing the Women’s Wealth Gap initiative is a great starting point that provides reports and resources to support Black, Indigenous, Latin and other women of color, immigrant women, LGBTQ women, and other economically marginalized women.

There are also commonalities with women who champion other causes such as climate feminists. The book by Katherine K. Wilkinson and Ayana Elizabeth Johnson All we can save Rightly describes feminine traits as important in dealing with the climate crisis, which also apply to financial feminism: collaboration, connection, compassion and creativity.

Given the anecdotal evidence that women are more likely to prioritize social or ESG investing principles, linking women’s social and sustainable interests to wealth creation merits further exploration. One approach that is gaining traction is asking employers to commit to investing in pensions in a sustainable way. The UK’s Make My Money Matter initiative encourages employees to use their retirement to change the world.

Financial feminism therefore presents an opportunity not only to narrow the gender pay, investment and wealth gap, but also to use the growing financial power of women to align with the goals and actions needed to build. a sustainable future for all.

Victoria Mallinckrodt is co-founder of Finance Sisters, a social enterprise aimed at helping women take control of their finances.

The views expressed in this article are those of the author alone and not of the World Economic Forum.

Woman Jackson named WCW 2021 Entrepreneur of the Year in Wyoming