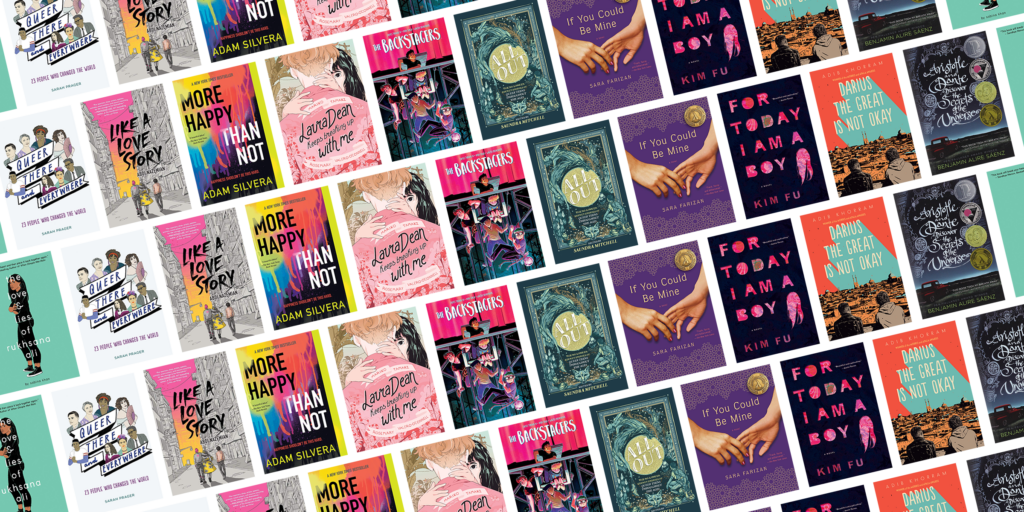 The Young Adult genre is taking the literary landscape by storm today, continues to grow in popularity by a 60% increase in sales between 2019 and 2020. The genre made the starting jump to 5 million copies sold in a quarter of a year. While the genre itself is aimed at teenagers, the majority of the stories are about the teenagers themselves, more than 55% of YA readers are over the age of 18, making it the predominant genre read by the masses today. Book bloggers on Instagram (Bookstagram) and TikTok (BookTok) flaunt their range of color-coded paperbacks and hardcovers with homogenized cover designs.

The overwhelming tide of bestsellers flooding the market soon begins to coalesce as audiences rush to complete their Goodreads reading challenges, as is the case in online reading communities. At the same time, the writers themselves are scrambling to write and release their respective sequels. This competitive and consumerist nature that reading has taken on today, especially in YA circles, is worth examining. The fast-paced nature of YA’s production and consumption challenges the quality of the work and reader engagement. There is no “right” way to read, but there are always better and more beneficial ways.

“Filling the void” or erasing the past?

A recent avenue that YA authors have taken is creating a subgenre of queer literature in a market once dominated by mostly heterosexual tales of love triangles and forbidden romances, like Twilight or Divergent. There are countless Instagram and TikTok reels by accounts dedicated to sharing their love of literature that one can come across, listing “essential” queer reads like Taylor Jenkins Reid’s The Seven Husbands of Evelyn Hugo or Heartstopper d ‘Alice Oseman and other recent titles.

Few of these book bloggers mention or acknowledge the existence of Virginia Wolf’s Orlando, James Baldwin’s Giovanni’s Room and other queer classics of literary greats, obscuring them from a new generation of queer youth unless portraying them as pretentious or “problematic” for certain questionable elements in the text or in the personal life of the author, and thus indicating that they are unnecessary to read as a socially conscious individual of the 21st century.

This is not to say that one should replace the other or to imply that older works are uncritical, but to say that we are witnessing an active erasure of queer history by perpetuating modern works as “filling a void in the literary canon of queer literature. while there have been a slew of contributions to the category in the past by queer writers who have lived radical lives against the tenets of their time. If the active readers within the community are not the ones who preserve and promote these queer literary classics, should we allow them to get lost in the whirlwind of time?

While it’s not inherently pointless to write or read self-indulgent “fluffy” fiction, it’s counterproductive to come up with simple narratives with queer characters and label them “revolutionary” when they lack substance. inquiries into queerness that might be useful to both audiences and critics. The favorite reads of today’s generation, both generally and in queer circles, can be characterized as easy to read, having simple prose and premises with few flaws in their moral and political stance according to modern standards, which their audience generally holds prior approval. to and from the experience with a sense of satisfaction to imbibe appropriate thought through their media consumption.

Art should not be immune to criticism for its diversity in portraying marginalized groups, particularly the LGBTQ+ community in this context. When placed under the scrutiny of literary analysis, many young adult contributions to queer literature fail to provide the original and unique narrative familiar to fiction in general and often struggle to capture the nuances and the complexities of his queer identity, even in stories that are centered around him. YA writers seem more interested in telling what sells, making sure each dialogue looks good enough in isolation, regardless of context, to be Instagrammable.

The most popular YA authors fall victim to this mentality in their works, with writers like Alice Oseman, in her aforementioned Heartstopper, asserting her characters’ queer identities through on-the-nose dialogue such as “Well… could you be bisexual? Or something else! There are many sexualities other than gay and straight. Either way, you don’t have to get away with it, like, immediately. I didn’t wake up one day thinking, ‘Oh look, I guess I’m gay now!‘”In Taylor Jenkins Reid’s The Seven Husbands of Evelyn Hugo, an 80s actress replies,”Don’t ignore half of me so you can put me in a box. Do not do [it]when another character assumes that she is lesbian, as opposed to bisexual, due to her same-sex attraction. In both cases, realistic dialogue and queer complexity take precedence over simple, “politically correct” statements.

Considering their audience demographic is a generation whose media literacy stems from the tenants they have internalized through their prolonged exposure to social media, it is common to make bad faith interpretations and commitments to others.

Today’s mainstream authors, especially those on social media, would prefer to abstain author convictions carried out by anonymous Internet users who feign superiority by virtue of the moral purity they have achieved by consuming only media deemed “good” by the Internet. This leaves us with an influx of literature lacking in depth and multidimensionality by authors who fear they are going down the wrong path in their quest for cookie-cutter representation.

Audiences are being spoon-fed by the media, making it easier for primarily heterosexual writers to state their approved and accepted liberal principles in big, bold letters accompanied by badly hammered queer love stories in their books to cash a check . They know they’ll receive accolades from a demographic that’s underrepresented on young adult shelves, and that’s a better outcome than running the risk of failing by aiming too high to capture the emotional nuances of the complex subject matter. they chose to write.

The cost of the art market

The leading examples of queer literature today are driven by the instinct to create stock images of queer identities to tick a box on a list, to create empathetic representations of queer characters where their individuality beyond their identities is lost.

With the commercial and cultural success of such novels, one cannot help but wonder about the literary and sociopolitical merits of the genre. Don’t queer audiences and writers deserve to participate in a more diverse stage when it comes to portraying their stories and identities in literature, or do we need to reduce our narratives to mere satiation of our moral values and beliefs reflected on the page without asking questions?

Tanya Roy is a 20-year-old student at FLAME University, Pune, majoring in Film and Television Management and minoring in Literary and Cultural Studies. She is interested in the criticism and analysis of art in its various mediums through a feminist lens and is an avid reader of feminist and other socio-cultural theories. You can find her on Instagram.