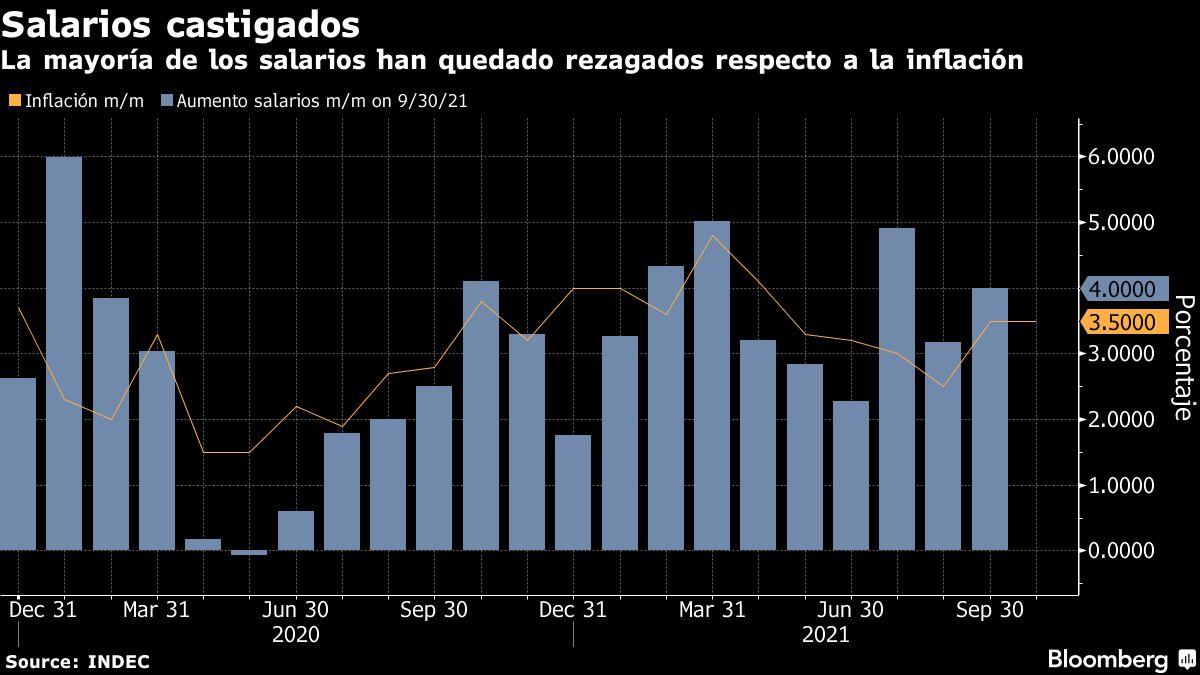 (Bloomberg) – Argentines will vote next Sunday in a midterm election where the ruling coalition could lose power in Congress to revitalized opposition, and amid high inflation and growing economic problems .

Voters will elect half of the seats in the lower house and one-third in the Senate, in an election that will be a crucial test of the fragile unity of government. Currently, Argentina faces a complex negotiation with the International Monetary Fund for more than $ 40,000 million in loans, with a crisis-prone economy experiencing 50% inflation, a poverty rate of 40% and no access to international debt markets.

“The doors are closing for you and the problems tend to be bigger and bigger, the costs for fixing these problems tend to be higher and as always no one wants to pay these costs,” said Marina Dal Poggetto. , director of the consultancy firm EcoGo, headquartered in Buenos Aires. “Income destruction is worsening, poverty is increasing, it’s a social time bomb.”

The ruling Peronist coalition, heir to the political movement founded by President Juan PerÃ³n in the 1940s, lost most of the contests in the September primary elections, revealing the deep political divide between the president, Alberto FernÃ¡ndez, and the powerful vice-president. president, Cristina FernÃ¡ndez de Kirchner, who led the nation from 2007 to 2015 with anti-business policies.

If the results of the primaries were repeated again on Sunday, the coalition would lose its majority in the Senate and the top minority in the Lower House, where it currently controls 47% of lawmakers against 45% of the main rival coalition. Voting begins at 8:00 a.m. local time and the results are expected Sunday evening.

For opposition parties, this election represents an opportunity to signal that a more unified pro-market coalition could return to government in 2023 after former President Mauricio Macri lost a re-election two years ago. Additional legislative seats also mean the likelihood that demands for a shift to more business-friendly policies will be stepped up.

In the days following the September vote, Kirchner wrote an explosive letter criticizing FernÃ¡ndez, prompting the president to be forced to replace some of his allies in the cabinet, in addition to adopting more anti-IMF rhetoric. , a concession to the extreme left groups of the coalition. The election of Governor Juan Manzur as chief of staff raised hopes that the Peronist regional leaders, the main agents of power in Argentine politics, would support the government and ensure political stability.

Source of the article

Disclaimer: This article is generated from the feed and is not edited by our team.

Sensory garden inaugurated for the children of the women’s prison