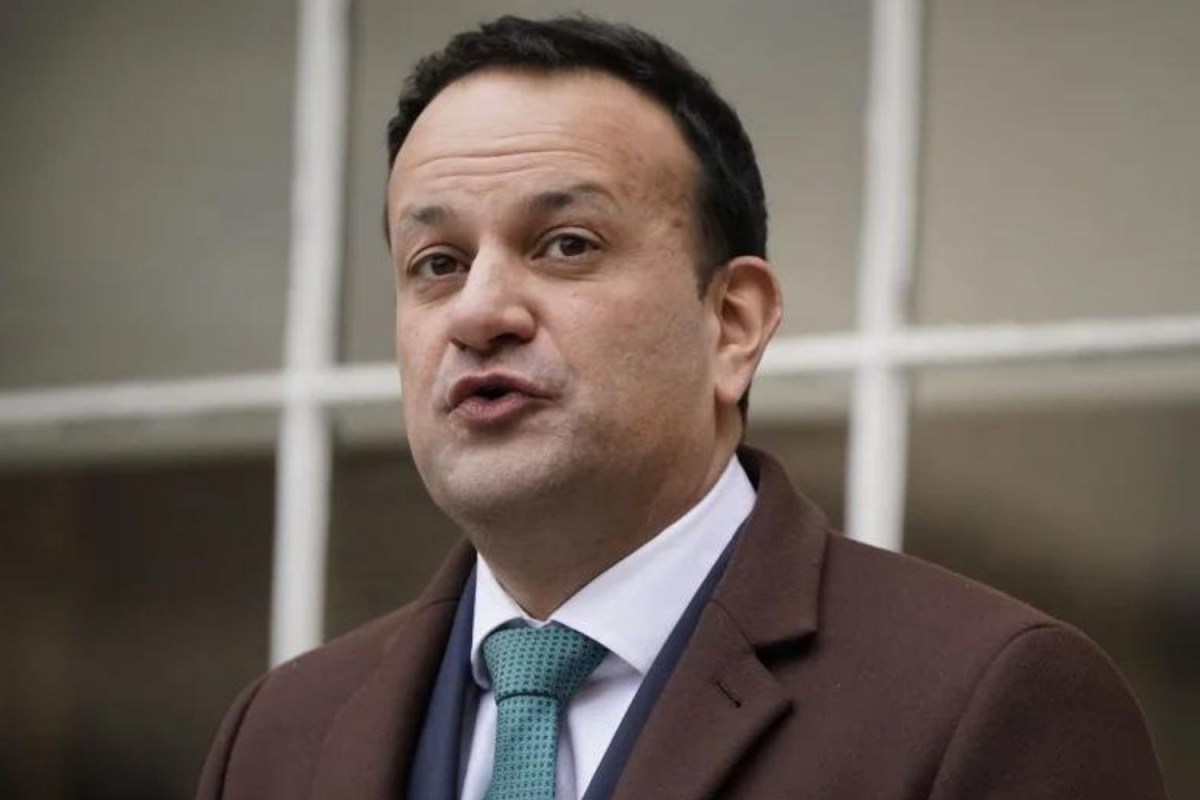 As a gay person and a person of color, I am mortified by the times I failed to acknowledge misogyny, says Leo Varadkar

IRELAND has made great strides in tackling gender inequality in recent years, but there is still a long way to go.

A recent survey found that 93% of women said they felt vulnerable because of their gender.

And Women’s Aid reported that 244 women have died violently since 1996.

Some 152 of them were killed in their own homes and 87% died at the hands of a man they knew.

That’s why the Irish Sun and our radio partners at Wireless Group Radio Stations come together to say enough is enough.

Today, Tanaïst LEO VARADKAR supports our campaign and explains why it is essential that we move forward with the introduction of a zero tolerance policy on male violence against women.

However, the Fine Gael leader says there is also a need to work on other inequalities like everyday misogyny and rebalancing the gender pay gap.

Most read in The Irish Sun

Ashling Murphy’s death was a watershed moment. On that tragic day, the country came to a standstill.

We all took a moment to reflect on the horror of what had happened to this brilliant young woman, whose life was full of promise and who brought happiness to so many others.

It also – again – brought to light the recent murders of other women – Marioara Rostas, Urantsetseg Tserendorj, Jastine Valdez. The awful truth is that there are many, many more.

Most men are not violent towards women, but when a woman is abused, the aggressor is almost always a man. How can one live in a society where such horrors are perpetrated?

The truth, of course, almost always comes down to how women are treated in general and how they have been treated over the centuries. In other words, to misogyny.

Whether we like to admit it or not, almost all men are capable of misogyny. We are a product of the society we live in, the way we were brought up, and the behavior of other men around us.

Sometimes it’s just the “little things” – sexist jokes, assumptions about gender roles at home or at work, exclusion of women in decision-making, gendered or symbolic language. These little things add up to big things – a culture of sexism.

So, we have to change and especially men. By making changes in our daily lives, we can make Ireland and the world a better and safer place to be a woman.

This means saying stop when women are interrupted or ignored in conversations.
It means changing our behavior online. This means focusing on what women have achieved, rather than how they look. And we cannot tolerate overtly sexist humor.

Above all, it means trying to see the world from the perspective of women and girls.

I know from talking to my friends, my sisters, and the women I work with, how bad things can be and the obstacles that still exist. I also know that I often don’t see them unless they are pointed out to me by the women in my life.

When they do, I feel mortified that it wasn’t obvious to me. But as a gay person and a person of color, I can relate to how they feel and also why people can lack awareness or insight without being malicious or even realizing it.

The governments in which I have served have worked tirelessly to improve the conditions and rights of women. We have increased resources, provided additional staff and new funds for the Gardai so they can set up special casualty units in every division.

Justice Minister Helen McEntee has pledged a zero tolerance approach to violence against women in a new gender-based violence strategy, and will ensure that anyone in need of a place in a shelter in get one.

The gender pay gap is unjustified. Many women actually work for free the last month of every year.

Closing the gender pay gap was a priority – and enabled us to pass a new law that requires companies to publish pay details for men and women. This law is in place and the gap is narrowing.

I started the “Balance for Better Business” to increase the number of women at the highest levels of business. We are making progress and are ahead of our targets.

Fine Gael has worked to increase the number of women in politics. We have introduced gender quotas for the Dail to ensure that all parties field at least 30% women candidates in general elections, as well as incentives to field more women in town and county councils.

We have more female councilors than any other party. Of the six people I have appointed to the Cabinet, three are women and I have used my four Seanad appointments to increase the number of women in Leinster House. But it’s not enough.

Until we reach parity, 50-50 or very close, our democracy is incomplete. This year, we will therefore have a series of initiatives to encourage women to become more involved in politics. In the next elections, at least 40% of our candidates will be women.

This generation of women should be the last to feel discriminated against, objectified, overlooked for promotion, expected to shoulder a disproportionate share of family responsibilities, or paid less than their male peers for the same work.

Not everyone has gotten the message yet. It is up to each of us to make the change.