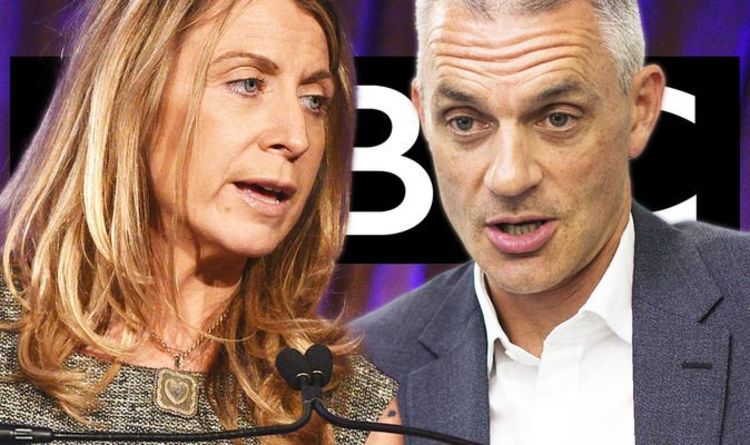 Rebecca Ryan, campaign manager for Defund the BBC, said the decision to increase the annual salary associated with the role by 15% was particularly reprehensible. The appointment of Ms Turnes, chief executive of ITN, 54, was confirmed on Thursday.

She replaces Fran Unsworth, also 54, who is retiring after four years in the role and leaving the BBC at the end of January, and will be paid Â£ 60,000 more than her predecessor.

The BBC’s salary level is a very sensitive issue, with match of the day host Gary Lineker making Â£ 1.3million a year.

Ms Ryan told Express.co.uk: ‘At a time when the elderly and vulnerable have to decide between heating, eating or spitting for the BBC, it is outrageous that the role of BBC Head of News has received a salary of 60 Â£ 000. to augment.

“The Telegraph said Thursday that Deborah Turness was instrumental in relaunching Five News, which” broke with tradition by encouraging presenters to perch on their desks rather than sit behind them.

â€œMaybe the BBC thinks this achievement is worth almost half a million pounds of taxpayer dollars a year? “

Ms. Turness joined NBC News in 2013, becoming the first female president of a news division of a US network.

Speaking after the announcement, Ms Turnes said: “In the UK and around the world there has never been a greater need for the BBC’s powerful brand of impartial and trusted journalism.

“It is a great privilege to be invited to lead and develop BBC News at a time of accelerated digital growth and innovation, as its content reaches more global consumers on more platforms than ever before.”

BBC Managing Director Tim Davie said: “I am delighted that Deborah Turness is joining the BBC as CEO of BBC News and Current Affairs.

He added: â€œShe is a strong advocate for the power of impartial journalism and a strong supporter of the BBC and the role we play, in the UK and around the world.

“She will do a brilliant job leading our news and current affairs as we fulfill the BBC’s public service mission in the digital age.”

The BBC said it had renamed the post from director to director general to reflect its “ambition to continue building the BBC’s global news brand and to further develop its news services”.

Despite Ms. Ryan’s criticism, Ms. Turnes’ appointment has been praised by several of her fellow journalists.

â€œWe loved having her at ITN – when we relaunched 5-News she was in the gallery, bubbling with enthusiasm and ideas. You are very lucky to have it, BBCNews. “