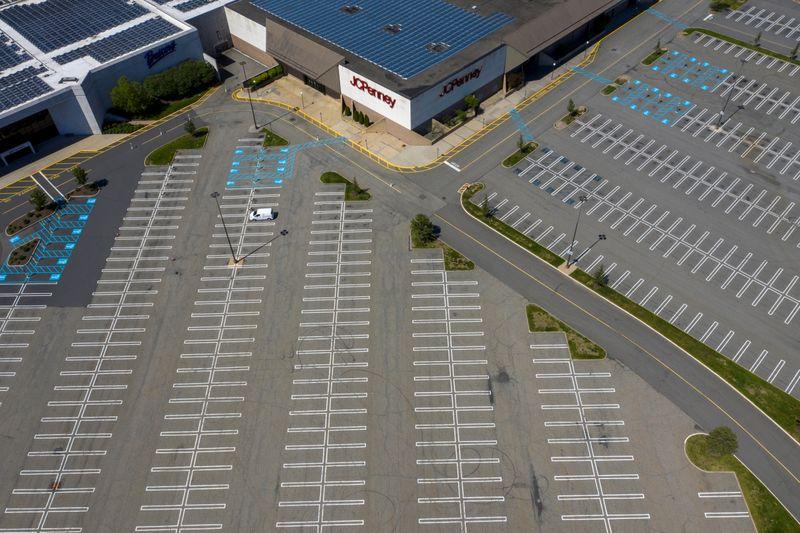 NEW YORK/MILAN/LONDON/HONG KONG (Reuters Breakingviews) – Corona Capital is an updated column throughout the day from Breakingviews columnists around the world with short and to the point information about the pandemic.

– The woes of office owners

UNDER THE MATTRESS. US non-financial corporations are hoarding cash. Those valued by Moody’s together held a record $2.1 trillion in June 2020, up 30% from the end of 2019. Companies like Gap worried consumers would stop spending and wanted to make sure that they had sufficient reserves. The $9 billion retailer halted its dividend and stopped paying rent for some of its stores.

There may be light at the end of the tunnel. Gap, for example, plans to reinstate its payout to shareholders next year. Still, capital expenditures are flat while share buybacks are down. While optimism about vaccines has boosted markets, Covid-19 is still raging across America. That’s a good reason for companies to keep powder dry. (By Jennifer Saba)

DOUBLE HIT. It’s not just mall owners who are crushed by the retail rout. Next on the list are office building owners. JC Penney has left its headquarters in Dallas, according to the Dallas Morning News, which published a photo of a barricaded road on Sunday and described rows of cleaned offices with signs reading “Done.”

The Texas-based department store chain is going through a Chapter 11 process, having filed in May after Covid-19 lockdowns sent it over the cliff. J.Crew and Neiman Marcus filed the same month while Lord & Taylor, Stein Mart, Century 21 and Tailored Brands have since bitten the dust. While many of JC Penney’s rivals might retain centralized headquarters, they will no doubt want to cut real estate costs. This leaves office building owners looking for other tenants. And unlike merchants, they can’t reinvent themselves with an e-commerce strategy. (By Lauren Silva Laughlin)

LINES OF CONCERN. Long lines snaking around New York’s private Covid-19 testing centers are sounding yet another warning about the course of the pandemic. As Thanksgiving approaches, US demand for testing from would-be travelers is putting increased pressure on a system strained by rising cases. This indicates a turbulent end to the year, for the Americans and for the markets.

From Massachusetts to Missouri, the demand for testing is growing. Testing capacity has also increased significantly. The country carried out more than 1.7 million tests a day, according to the Covid Tracking Project. Quest Diagnostics, one of the largest private testing labs in the country, said turnaround times for its tests are back above two days, but still well below the two weeks or more that patients have been waiting for. during the summer.

The problem is that some new requests are effectively discretionary, from people who want a pass to spend the holidays with friends and families. That, coupled with the fact that a vaccine may be further away than it looks, means a spike in cases after Thanksgiving is very likely. New York Governor Andrew Cuomo said he expects the state’s positivity rate, which is currently 3%, could top 10% by the start of 2021. The rally vaccines may have been premature. (By John Foley)

CAFFEINE DESIRE. Addictions make good pandemic trades. The high-end Italian coffee Illy sells 20% of its core business to Rhône Capital, the first opening of the family group to outside investors since its creation in 1933. The sale values ​​the coffee unit at just over one billion euros. euro debt, a person familiar with the situation told Breakingviews.

That’s a rich price, equivalent to almost 20 times last year’s EBITDA of 55 million euros, according to the person. That’s a premium to the 17 times the $20 billion rival JDE Peets currently enjoys. Illy’s aggressive valuation highlights the resilience of coffee consumption during the pandemic. A survey commissioned by the National Coffee Association showed last month that Americans were drinking as many lattes and cappuccinos as before the crisis, albeit at home. Winning the US market, as Illy wants, may be more about selling drinks online than in fancy cafes. (By Lisa Juca)

RESURRECTION. The world’s second-largest cinema operator got a sequel to survive its debt horror show. Cineworld said on Monday the lenders had agreed to waive bank commitments through June 2022 while extending the maturity of a $111 million loan through May 2024. The Mooky Greidinger-led company also secured a new $450 million loan by offering warrants that, if converted, would return approximately 10% of the company to creditors. The overhaul allows Cineworld, which burns through $60 million a month in cash, to limp into next year. Shares of the company jumped 18%.

It’s not the end of the drama, however. Cineworld’s gross debt of $4.9 billion is still more than 5x forecast 2021 EBITDA of $845 million, according to Refinitiv data. Streaming networks like Netflix and Amazon Prime have eaten away at its market, while the pandemic has delayed the release of blockbusters like James Bond’s “No Time to Die.” Even if vaccines allow for a quick reopening, Cineworld still faces a potentially bloody finale. (By Karen Kwok)

BURST BUBBLES. Asia’s regional financial centers will still remain somewhat cut off from each other. A travel bubble between Hong Kong and Singapore, allowing quarantine-free visits, was postponed on Saturday, a day before it started. A spike in coronavirus cases in the former was to blame and the plan will be reviewed in two weeks, but shares in beleaguered carrier Cathay Pacific fell nearly 7%. Deflated balloons at the local airport captured the mood.

Tourism contributed about 4.5% to Hong Kong’s GDP in 2018, and although its 56 million visitors last year came mostly from mainland China, any increase would have been welcome. The city’s recession appears to be slowing, but the bursting of the bubble is a reminder that countries that have managed to contain the virus relatively well continue to struggle as they set incredibly high standards as a prerequisite for unlocking and reintegrating. (By Sharon Lam)

GO DEAF. Emmanuel Faber made a start. Danone’s chief executive said on Monday the French yoghurt maker would slash €1 billion from its annual costs, reduce the number of products it offers and revamp its business to be run more locally. The announcement came after Danone’s performance disappointed investors over the past quarter.

However, having missed its previous profitability target, investors will be skeptical of Faber’s promise to bring Danone’s trading operating profit margin back to its pre-pandemic level of more than 15% by 2022. margins have fallen to 14% this year. Moreover, the plan is not enough to revive the company’s revenue, which has contracted 1.6% so far this year. Unlike other food groups, Danone has failed to get consumers to eat more at home. Faber needs a more radical recipe. (By Dasha Afanasieva)

Reuters Breakingviews is the world’s leading source of financial news on the agenda. As the Reuters brand for financial commentary, we dissect big business and economic stories as they break out around the world every day. A global team of approximately 30 correspondents in New York, London, Hong Kong and other major cities provide expert analysis in real time.