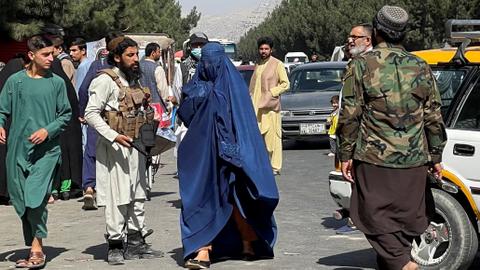 Can the Taliban “really” give Afghan women her Islamic rights?

Islam offers women rights to education, financial independence, unilateral divorce and guarantees their dignity, and the Taliban should follow these principles if they are sincere.

After the climax of America’s longest war, Kabul fell to the Taliban on August 15. As a result, Biden faced the time of Saigon – with diplomats airlifted out of the US embassy – while many Afghans were also desperate to flee the country. . On the other hand, the Taliban have tried to project a more tolerant attitude, unlike their previous reign between 1996 and 2001.

To adopt a moderate tone, the Taliban have sworn to respect women “within the framework of Islamic law”. During their previous governance, women were suspended from their jobs and girls were banned from school. Gender apartheid has been codified. Of course, people had reservations about recent promises in such a context.

But what exactly does “within the framework of Islamic law” mean?

First thoughts will likely revolve around the modern-day patriarchal paradise that wouldn’t hurt in a Hollywood movie. Unfortunately, this stems from a lack of nuance and a misunderstanding of the relationship between Islam and women.

From a religious point of view, the Prophet Muhammad said: “The search for knowledge is an obligation for every Muslim. Today, 3.7 million children in Afghanistan are out of school, and 60% of them are girls. Moreover, while both partners should be free to file for divorce, the man-favored system prevents Afghan women from exercising this right. The Qur’an also teaches that a woman has the right to work and to keep her income. Yet the number of women working in Afghanistan for 2019 is 22%. In addition, the World Health Organization reveals that nearly 90 percent of the country’s women have been exposed to at least one form of violence. What happened to “paradise under the feet of mothers”?

This hypocrisy and colonialist interference in the region led to Morton’s fork situation for women. When the Taliban talk about religious rules, the world transparently accepts their Islamic narrative. Subsequently, the image of a Muslim woman abandoned and to be protected conveniently returns. As she is now in danger, her only salvation has become one more holy than you.

The European Parliament said that “For Afghan women and girls this means systemic and brutal oppression in all aspects of life.” Meanwhile, Greece completed its 40 km fence border with Turkey to prevent a possible wave of migration. And Estonia, for its part, is ready to welcome 30 Afghan refugees.

Between the devil and the deep blue sea

Likewise, former US President George Bush criticized Joe Biden for the pullout, noting that Afghan women and girls could “suffer untoldly at the hands of the Taliban.” This is ironic, given its “war on terror” which has killed more than 47,000 Afghan civilians (including women). Twenty years ago, the first lady at the time, Laura Bush, said in a radio speech that “the fight against terrorism is also a fight for the rights and dignity of women”. Fast forward to now and there are bodies falling from planes trying to flee Kabul and Afghan women are at the bottom of the global gender gap report.

Now comes the question of white feminism. In her recent book “Against White Feminism”, lawyer and author Rafia Zakaria defines a white feminist as someone who “refuses to consider the role that whiteness and the racial privilege attached to it have played and continue to play. in the universalization of white feminism. concerns, agendas and beliefs as those of all feminism and all feminists. ”At some point, the perception of a woman in need becomes more important than a woman’s existence.

Bringing this back to the region, the Taliban stressed that women should wear the hijab but not the burqa. But it’s not just a religious symbol. Nima Naghibi, associate professor at Ryerson University, points out that the West sees the veil as a barrier and a path to the heart of the East. Indeed, Eastern men accept the veil as a national and cultural honor. Likewise, Deniz Kandiyoti, professor at SOAS University in London, argues that conservative beliefs, shaped in the atmosphere of colonization, are the only way to resist foreign occupation and preserve traditions. In this line of thought, “the possible release of a woman” is seen as an attack on the family.

Ultimately, Afghan women become victims who must be rescued by people with white savior complexes. Conversely, as the Taliban spokesman said, “These are not our rules, these are Islamic rules”, saying it is “for their safety”. Both parties benefit; the West has someone to save, and the Taliban has someone to protect. Leila Ahmed, professor at Harvard Divinity School, explains that in such situations, women, caught between their pious / nationalist identity and the Western idea of ​​women, must choose “between betrayal and betrayal”.

Ultimately, Islam itself offers women rights to education, financial independence, one-sided divorce, and guarantees their dignity. These principles are at the heart of Islamic rights and should guide the Taliban if they are sincere.

Aristotle says, maintaining the subjugation of women is a natural and social necessity. In the same vein, the world still favors the preservation of this image. Hopefully all of the chaos could be a chance for the West and the Taliban to reconsider their positions on Afghan women.