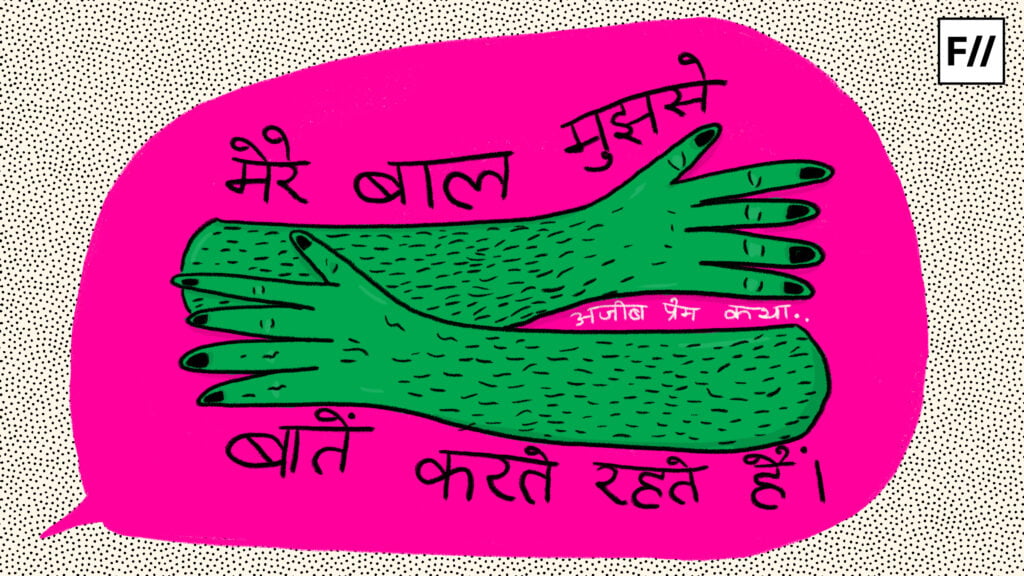 Can We Really Let Our Body Hair Be?

It was a cool Saturday afternoon. I was in the living room enjoying a relaxing day at the spa when the attendant suddenly asked me if I wanted to wax my body. I sighed and told him that I had no intention of doing this. I’d always been good at ignoring questions like that, but this time around, I just couldn’t let it slip. The more I tried to shake off the encounter the more it imprinted on my mind – the smile on the attendant’s face as her soft hands massaged my scalp, the motherly tone in her voice as she made the suggestion. .

I remembered the look she gave me when I refused her offer; she had cast a pitying look on my hairy arms and legs, and when she thought I was looking away, she had shook her head in disapproval. For a moment, I considered trying to soften the blow by telling her I was scared because the procedure seemed too painful to my worried eyes. But I didn’t because I was sick of forcing myself to obey.

At 17, I convinced myself to get rid of the fine hairs on my upper lip. Most girls in college didn’t have one, and I sure didn’t want to be called much wali by my classmates. Looking at the ceiling and trying not to wince every time I felt the hairs pull from the skin, I tried to tell myself that this was just a rite of passage, that it was normal. But I’m older now, and wiser for it. I now know that most of these girls also succumbed to the same kind of pressure that I did – the pressure to “fit” into the stereotypical image of a woman – soft, hairless, and feminine.

I remember when I was 14, I came home from school one day and asked my mom to bring me some hair removal cream. As a teenage girl who had very few friends, I desperately wanted to “fit in” with the girls in my class and thought that getting rid of my “filthy” hair would make me part of their circle of friends. I remember touching my legs afterward, marveling at the silky soft skin on my body, while at the same time feeling a strange sense of vulnerability. For a very brief moment, I felt like I was having an out-of-body experience. I remember being fascinated by this discovery. I also remember being scared.

So why is body hair considered a source of shame by so many young women?

There are a million different answers to this question, but they all boil down to the same idea: Women with hair are viewed by society as ugly, unattractive, and manly because our society is supported by patriarchal norms. . The female body has been the site of patriarchal oppression for thousands of years, with men constantly controlling women’s clothing choices, behavior, and even grooming practices to bring them under control. Women have been conditioned to believe that hairy bodies are not feminine and unhygienic, and this belief has been reinforced by cultural practices and the rise of consumerism.

As a young Indian woman where beauty is associated with clear, glowing skin, I know firsthand how cultural practices often exacerbate patriarchal values, leading to the oppression of women. Girls quickly learn from their mothers, aunts and older sisters to regard body hair as “manly” and “disgusting”. And so, the vicious cycle of bodily shame continues, continually fueled by internalized misogyny and television commercials.

Having fair skin and dark hair color makes my body hair more visible, often making me the target of shameless stares and “well-meaning” suggestions. But, while I am simply scolded for having body hair, others are treated much worse. Transgender women and women with hirsutism are often targeted on social media platforms. They are humiliated, degraded, mistreated; their bodies deprived of dignity and autonomy. This kind of cruelty reinforces their internalized feelings of shame, which makes it more difficult for them to kiss their bodies or talk about their experiences.

In the West, the counterculture movement of the 1960s and 1970s created a more bodily attitude among young men and women, even as new hair removal products were launched on the market. Many second-wave feminists refused to conform to current beauty standards by forgoing hair removal procedures. However, he did not do much to address the taboo nature of this topic. The culture of shame regarding body hair persisted into the 1990s and 2000s, with celebrities like Julia Roberts and Madonna being criticized for showing off their hairy armpits in public.

Even today, there is a double standard in society regarding notions of beauty. While male celebrities like Henry Cavill and Chris Hemsworth are deemed attractive for showing off their chest and facial hair, female celebrities are ashamed to do the same. But things are changing. Gen Z celebrities like Cara Delevingne and Miley Cyrus are regularly seen with hair. Brands are also catching up on the body positive movement. Recently, Nike and No7 have launched ads with models showing hair (armpits and upper lip respectively).

However, seeing a woman in public with hair is still rare, although the standards are gradually changing. Januhairy is a campaign that helps normalize body hair in women. Started by students Laura Jackson and Ruby Jones in 2019, this initiative encourages women to grow their hair during the month of January and share images of themselves online. In just over two years, the campaign’s hashtag has drawn thousands of posts from women around the world, including several from India.

Despite the growing number of women calling for a more positive attitude to body hair, Indian cosmetics and beauty brands have still not taken any initiative to normalize body hair. While Indian celebrities like Malaika Arora have joined the movement by showing off their hair on social media platforms, the reality on the ground has not changed. My experience is proof of this.

As I write this essay, my thoughts are with the women in my life. The young mother who was humiliated by loved ones for having hair when they knew she was busy with her newborn baby. The college girl who was bullied for having a lot (hair on the upper lip). My darling mom I wish I had sat down that day and told me there was nothing wrong with my body but didn’t because she didn’t know any better. And my teenage self who thought her body was so gross that she couldn’t bring herself to look at it. I want to tell them all that body hair is neither filthy nor unhealthy, and certainly not anti-feminine. Their bodies are beautiful and precious and they can do whatever they want with them. I want to tell them that the next time they are told they need to wax, they should first ask themselves – why should I hide who I am?

After completing her MA in English and Comparative Literature, Shilpashree Mishra spends her days reading books, writing poems, and binge-watching Netflix shows. As an academic, she is extremely interested in how the fields of masculinity studies and media studies can contribute to social justice issues in India. She is also passionate about GoT fanfiction, dark academia moodboards, chocolate cakes and anything Robert Pattinson related.

Get premium content, exclusive benefits and help us stay independent, free and accessible.

BECOME A MEMBER OF THE FII