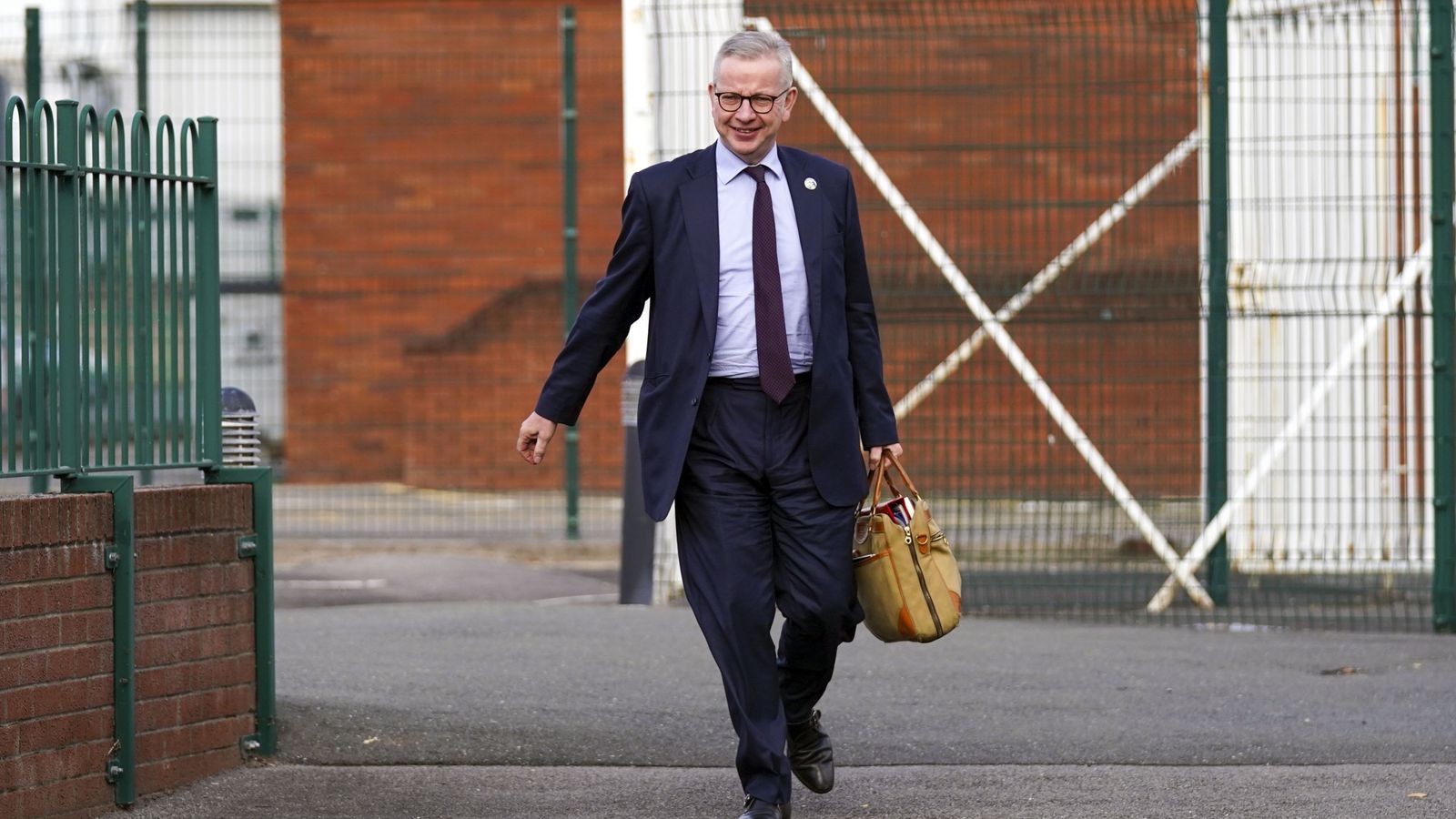 â€œWe’re coming for youâ€ – this is the warning Michael Gove must give to dangerous real estate developers, as he tries to pressure developers to spend money to replace dangerous coatings.

On Monday, the housing secretary is expected to outline his plans, which include tasking forensic accountants to track down those responsible and extend assistance to tenants of low-rise apartments.

A draft statement from the Commons Housing Secretary suggests he will warn developers they must agree to a Â£ 4bn plan to repair unsafe coatings in low-rise apartments by early March or risk breaking new laws requiring them to act.

Please use Chrome browser for a more accessible video player

The proposals arrive more than four years after the Grenfell Tower fire in June 2017, in which 72 people were killed.

Since then, the siding scandal has trapped tenants in dangerous and unsaleable homes.

Mr. Gove is also due to announce that tenants in buildings of 11 to 18 meters will no longer have to contribute to the replacement of cladding.

“I warn them. If you mis-sell dangerous products like siding or insulation, if you cut corners to save money while you develop or renovate homes, we’ve come for you,” says the project.

The latest plans came about after a letter from Chief Treasury Secretary Simon Clarke to Mr Gove said loans for small buildings would be replaced with a “limited grants program”.

â€œYou can use a high-level ‘threat’ of tax or legal solutions in discussions with developers as a way to get voluntary contributions from them,â€ he says.

â€œI am glad to see that you recognize the principle that the taxpayer should not be held responsible for the additional costs of remediation.

“I repeat, my approval of this new building complex of 11 to 18 million dollars is therefore conditional on the absence of new funding from the Exchequer.”

Speaking to Sky News on Monday, the Housing Secretary said he was prepared to “use legal means and ultimately the tax system” to make sure developers live up to their repair responsibilities of hazardous coatings.

â€œWe want to tell developers and everyone who has a role to play in recognizing their responsibility that we want to work with them,â€ he said.

“But if it is necessary to do so, then we will use legal means and ultimately, if necessary, taxation to ensure that those with full pockets, those responsible for the maintenance of these buildings, pay rather than tenants, individuals, who in the past were asked to pay with money they didn’t have for a problem they didn’t cause.

Mr. Gove said there could be a developer tax, but stressed that some “have already stepped up” to remove the dangerous coatings.

“There are others who have even more to do and it’s a simple question – should they be the ones with the big bucks, the big profits, who were responsible for the construction of these buildings and who are the ultimate owners of these buildings? Or should it be people who worked hard to get a mortgage and now have to pay fees for faults that are beyond their control?

“If you have a question like that, then I think there can only be one answer.”

Government “must work with industry”

“The largest UK-based house builders, who have only constructed a minority of the affected buildings, have already spent or committed nearly Â£ 1bn to clean up affected buildings and the developer tax Recently announced real estate will raise billions more, â€he said.

â€œWe will engage directly with the government, but any other solution must be proportionate and involve those who actually constructed the affected buildings and specified, certified and supplied the defective materials.

“However, the most urgent action for the government remains to set direction and work with lenders, insurers, surveyors and the construction industry to understand what remediation work actually needs to be done to resolve the issues. residents’ problems quickly and easily. “

Meanwhile, shadow housing secretary Lisa Nandy said “promises are not a substitute for a plan” as she urged the government to go further to protect tenants from costs.