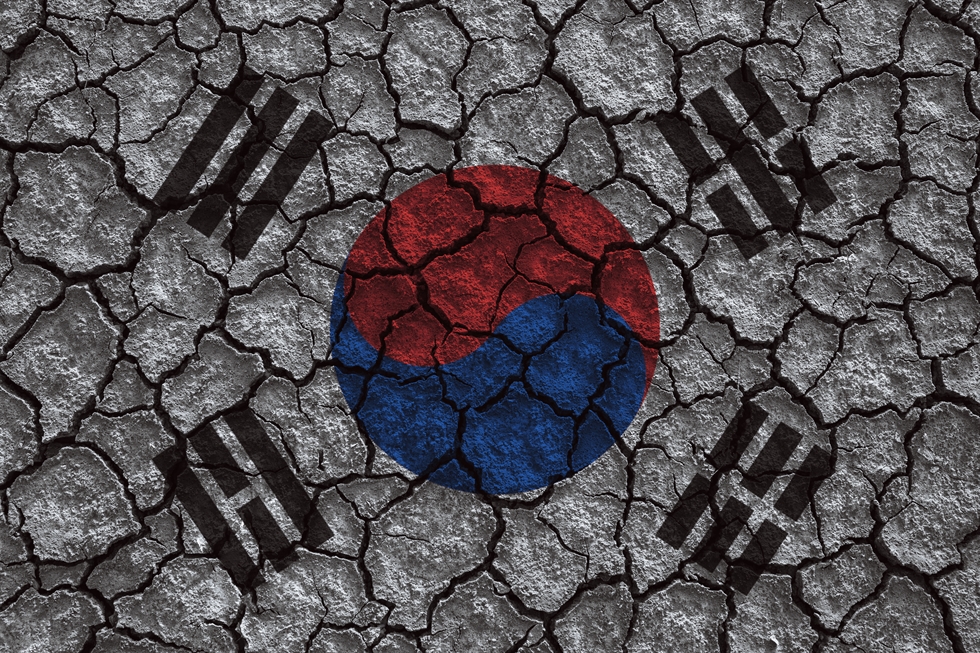 By David A. Tizzard

Korea is a country that often tops international lists, whether it’s scoreboards, innovation rankings, internet connectivity, suicide rates, working hours or rates. declining birth rates. For better or for worse, the country is now a cultural, economic and technological powerhouse on the world stage that rightly defends itself against much larger states. Its post-colonial trajectory has also resulted in various divisions and cleavages in the country that are both unique and universal.

The dominant framework of political change in Korea has been a form of nationalism incorporating basic liberal democratic ideals, but formed through particular historical experience, with many values, symbols and narratives generated by opposing views of imperialism, the colonialism and modernity. Where many in the West grew up under conditions of relative economic stability which produced post-material sensitivities in the cultures and subcultures of the 1960s defending women’s rights, environmental protection and civil liberties, many Koreans have faced extreme poverty and dictatorships.

Korea’s road to the 21st century has been characterized by some as a path of “healthy modernization” and “postcolonial traditionalism”. This encouraged citizens, women in particular, to adapt certain Western practices to an indigenous way of life that would promote national development and achieve practical goals often to the detriment of individual desires. And part of it was an adherence to its “ponbun” – a social identity based on a specific and given position contiguous with the whole nation. Fundamentally, social cohesion and national success rested on the idea that people would know and stick to their role.

Of course, such a national vision and structure does not leave much room for individual existential growth. And maybe that was the point. With state-run economic plans, men were often given access to favorable jobs and career development in emerging heavy industries, while women were steered into support roles in textile factories. At the same time, they also had to maintain the family home and be the main contributor to the education of the children. These hierarchical and patriarchal positions were reinforced by the male military conscription which envisioned men as the vanguard of the nation’s resistance against communism and women as supporters of these frontline fighters.

But now, in a world where Netflix, 5G internet, and Korean feminist literature are winning international awards, what do we do with the largely androcentric road the country has taken to modernity? And are there any lingering effects? A lot it seems. According to a study carried out in June 2021 at King’s College London, Korea is home to some of the strongest attitudes in the world towards culture wars.

“Culture wars” is an increasingly familiar term and denotes an ideological conflict between orthodox and progressive positions about what moral views to take and how the nation’s narrative is to be constructed. It also indicates an increased awareness of the culture itself as well as the idea of ​​who holds power in terms of defining said culture. Culture wars are often more easily observed on specific issues such as abortion, same-sex marriage, immigration, feminism, transgender, education and attitudes towards race.

For some people, culture wars are real and have the most serious impact on our daily lives. For others, they are the product of mass media and social platforms that generate outrage for their own benefit, and some argue that culture wars are used by political parties to maintain their power and influence by maintaining them. people divided. There is probably some truth to all of these positions. All, however, refer to the idea of ​​division.

the study by King’s College studied the attitudes of countries towards culture wars by interviewing between 500 and 1,000 people from 28 countries around the world. When asked to describe the level of tension between citizens with traditional values ​​and those with progressive values, Korea topped the rankings with 87% of them saying the problem was serious. The global average was 66%, while neighboring countries China and Japan were at the bottom with 38% and 34% respectively. So it is not necessarily culture or geography at stake.

In terms of reporting on gender tensions, Korea is once again topping the charts. In conflicts between university graduates and the out-of-school, Korea was in the lead. Tensions between political parties, between rich and poor, between young and old and between different religions have all seen Korea lead, well above world averages and well above its neighboring countries. . Even on issues where he did not place himself first (for example in the tension between the elites and the working class), he was still very close to the top. Interestingly, the only category in which Korean citizens in the survey did not report much tension was between immigrants and those born in the country. It would be fascinating to ask the same question of real immigrants in Korea, because I’m sure the results would be different.

What the survey tells us is that the 500 Koreans surveyed report a much greater cultural and ideological divide in their society than those in other countries of the world. It is important to note, I think, that this survey observes the perceived tension of individuals in society rather than an objective measure or differences. It may be that cultural divisions are in fact stronger in other countries, but that they are perceived by citizens as less important or less felt.

Nevertheless, one has to wonder why Koreans have placed their country at the top of these international lists. I started the article with a brief historical overview to suggest a reason: Due to the country’s historical journey, it now faces many modern-age issues that others began to address much earlier. . And, with their prominence now, in a world dominated by social media and tech platforms, the intensity of conversations could be ignited and exacerbated. I certainly always notice a difference in the nature of these issues when I browse Twitter and discuss them with educated young people in college classes.

Nevertheless, Korea is once again at the top of the international charts. I doubt the government is going to mark these particular achievements with a newly created tax-funded ministry and pasting a “K” in front of it – but long lasting open and honest discussion away from social media on such issues on the part. of those seeking power would probably help.


Dr David A. Tizzard ([email protected]) has a PhD. in Korean studies. He is a social / cultural commentator and musician who has lived in Korea for almost two decades. The opinions expressed in the article are those of the author and do not reflect the editorial direction of the Korea Times.