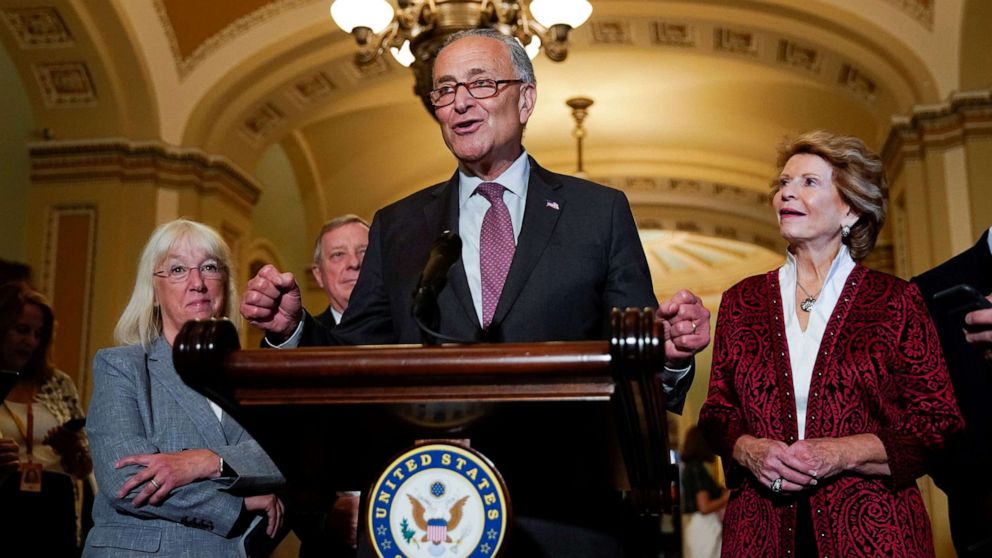 For the first time in Senate history, Democrats will focus on ending the federal ban on cannabis on Wednesday, removing it from the federal list of controlled substances. It’s a move the sponsors are also hoping to end the disproportionate damage that has been done to communities of color.

To date, some 18 states have legalized the recreational use of marijuana and 37 states, along with the District of Columbia, Puerto Rico, Guam, and the U.S. Virgin Islands, now allow the drug to be used for medical purposes.

“The Cannabis Administration and Opportunities Act will ensure that Americans – especially black and brown Americans – no longer have to worry about being arrested or being excluded from public housing or federal financial assistance for higher education for using cannabis in states where it is legal, ”he added. the discussion draft reads. “State-compliant cannabis companies will finally be treated like other businesses and allowed access to essential financial services, like bank accounts and loans. Medical research will no longer be stifled.”

Senators Chuck Schumer, Majority Leader Cory Booker and Ron Wyden release the draft to allow for a public comment period before the legislation is submitted to the House for a vote, a time long overdue for some lawmakers .

“For decades our federal government has waged a war on drugs that has had an unfair impact on low-income communities and communities of color,” said Booker, DN.J. “As red and blue states across the country continue to legalize marijuana, the federal government continues to lag behind. It’s time for Congress to end the federal ban on marijuana and reinvest in communities most affected by the failure of the war on drugs.I am proud to present this historic bill with Senator Wyden and Majority Leader Schumer, who will finally turn the page on this dark chapter in American history and will begin to right those wrongs. ”

Federal legislation would allow states to make their own cannabis laws, much like states do with alcohol. This would end the confusion in some states that have legalized the product in various forms, but where marijuana users could face potential civil and criminal penalties.

A new federal excise tax would also be created by legislation similar to alcohol and tobacco.

Cannabis would be taxed at 10% the first year after the law comes into force. This rate “would increase each year to 15 percent, 20 percent and 25 percent in subsequent years.” From the fifth year onwards, the tax would be levied on a rate per ounce in the case of the cannabis flower, or per milligram of THC rate in the case of any cannabis extract ”, according to the draft. discussion.

The legislation, if approved, would have an immediate effect on the lives of many, freeing some detainees for non-violent offenses.

“The bill automatically erases non-violent federal marijuana crimes and allows a person currently incarcerated in federal prison for non-violent marijuana-related crimes to go to court for a new conviction,” the project says. .

It would also reinvest new federal tax revenues in the minority communities most affected by the ‘war on drugs’ of the 1980s and ensure that no past marijuana-related crimes are used to deny someone public assistance. federal.

Research into the effects of marijuana would also be improved, according to the sponsors.

The researchers said that the cannabis produced for research is not comparable to cannabis used in the medical and adult markets nationwide, and that the (Drug Enforcement Agency’s) past failures to expand the federally approved cannabis production have further limited the productivity of their research, ”the project says.

The House passed a law last year removing marijuana from the list of controlled substances, and the law was reintroduced in May.

Women and the lack of time: time creates a gender gap that puts women at a disadvantage