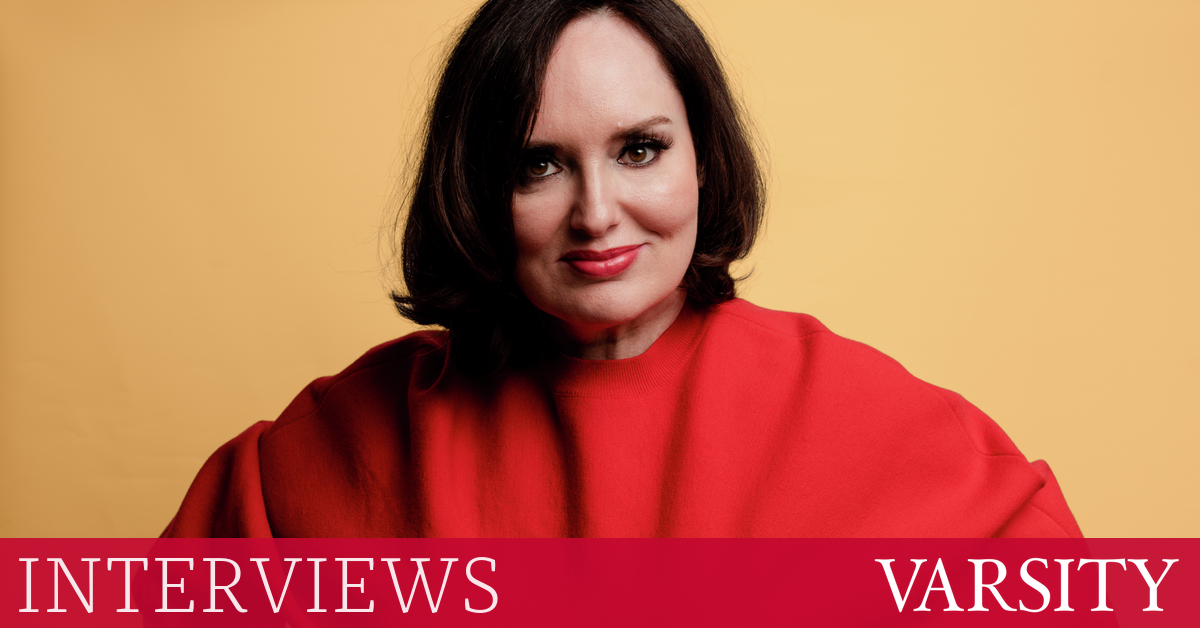 II’m a feminist but… I confess that I was not only impressed but also somewhat intimidated by the prospect of interviewing comedian and podcasting legend Deborah Frances-White.

Comedian, screenwriter and published author, Frances-White is also the founder and host of The guilty feminist. With over 95 million downloads and a Sunday time bestseller of the same name, Frances-White’s The guilty feminist has become a global phenomenon in recent years. Her live shows have been a continued success – and she is now performing the show at the Cambridge Corn Exchange on Saturday April 9 as part of her new tour.

She was just plain vivacious when she burst into our Zoom meeting and spoke with such assurance that at times I forgot our interview was virtual.

It’s clear that live is what invigorates Frances-White the most. “We just had the best time,” she said. “Just to do live [shows] again. I hated the Zoom era. The only recordings we’ve ever done were during the pandemic when we did a studio recording, so it’s so great to be back out there doing stand-up and doing understudy and also doing these in-depth discussions with local feminists/activists. ”

“We saw the rumblings of the #MeToo movement, and I wanted to be part of it”

When I asked what inspires me The guilty feminist Deborah replied, “It was late 2015, and I felt the conversation was really moving away from, you know, meeting my friends and talking about our personal careers and love lives… [the conversation] revolved around inequality and injustice and what we could do about it. She goes on to add, “It was a very specific time – 2016 – we thought Hillary Clinton was going to be in the White House for sure; all of Bill Cosby’s accusers have come to the cover of a magazine to speak out. So you could see the rumblings of the #MeToo movement, and I wanted to be a part of it.”

On the name of The guilty feminist she says that at the time, “My friend Bridget Christie was this really shrill, really funny, comedian and feminist, [but] my feeling was “I’m a feminist but I’m not sure I’m doing it right”, and Bridget said to me, “You’ll never find your audience until you say what you’re too scared to say” ”. When I asked Deborah what that “thing” was, she replied, “I said, ‘I’m a feminist, but’ – one of the first things I admitted was that once I was on a march for women’s rights, and I ran into a department store to go to the bathroom, and I got distracted trying on some face cream, and when I walked out, the march was on! I thought admitting this would get me kicked out of the women’s club, but in fact the opposite happened: hundreds of thousands of women started saying, ‘Oh my God, me too!”

“I’ve accepted now that I’m going to die with an inbox full. And accepting that you’re flawed is the best feeling in the world”

She went on to say, “I think the reason I like the ‘I’m a feminist but’ thing is that it goes, ‘Hey, here are some hypocrisies I have; there are times when my actions and words don’t match, and: it doesn’t matter.’ »

Of perfection, Deborah remarked, “I’ve accepted now that I’m going to die with a full inbox. And accepting that you are imperfect is the best feeling in the world.

She explained, “You don’t have to be perfect to be a force for meaningful change, and that’s what The guilty feminist is about.”

I was curious to know the most outrageous Frances-White remembers hearing, “I’m a feminist but.” Adding to her already enviable list of celebrity friends, Deborah named fellow comedian and writer Sara Pascoe, who said: ‘I’m a feminist but I would sell the Spice Girls to Boko Haram to continue Come dance strictly”. A bold claim indeed!

From there, I asked who Deborah found the most exciting guest to interview via The guilty feminist.

She excitedly commented that she had just had Millie Bobby Brown on the show and wanted to talk about growing up in the public eye and becoming a woman. She ignited: “She will bring such a wonderful teenage audience to feminism. I just found [talking to her] enlightening, delicious and glorious; she is such a freak […] she is fantastic.

Sara Pascoe and Millie Bobby Brown are both fans? Our interview has now assured me of one thing: I would give my left leg for an invitation to dinner at Deborah Frances-White’s.

My next question was why the “F” word? For many, and for a while now, “feminism” has seemed almost like a dirty word, and so I wanted to ask Frances-White how can we best reclaim what it means.

“Gender is not the only issue feminism is dealing with now”

However, she added that “gender is not the only issue feminism is dealing with now, and I think it is something to focus on and celebrate.”

A taste of The Guilty Feminist LiveInstagram/@theguiltyfeminist

Frances-White also talks a lot about feminism helping women overcome their insecurities. Given that she’s apparently such a confident figure, I was curious: Does Frances-White still feel insecure?

“Yes, of course!” she pointed out. “Like everyone, there are times when you feel like an impostor, or like you’re not doing things right, and I think what helped me was realizing that the day never will not come where you will receive an e-mail saying ‘You’ are great now, it’s you: it’s your turn’. Nobody is safer than you, nobody is better than you, you just have to get out and claim the space.

She went on to say, “You can’t be better than you are, so [..] rather than trying to be good, go out to be bold and be present, and you will be as good as you are. But your chances of being great if you do that, and your best work and your best qualities, will increase exponentially.

Q: You have written for magazines and published a book. What advice would you give to students who want to get into writing?

DFW: Start writing. Don’t wait to be published, publish yourself. You are in the most incredible era where artists have taken control of the means of production. You can create a blog every day. If you have an interesting take, people will come to you. Don’t wait to create.

Q: If you could invite 3 dead or alive women to a guilty feminist live show who would they be?

Q: What’s your favorite F-word other than feminism?

During our call, she commented that “self-care isn’t just about hanging out in front of the TV with cucumbers in your eyes. It’s reviving you, and re-energizing you, and that’s what we do at The guilty feminist”. It’s clear from our conversation that this record is something that has kept Frances-White hungry throughout her life.

She claims the show will leave you feeling “entertained, empowered and engaged” and, based on our brief conversation, I have no doubts.

The Guilty Feminist Live arrives at Cambridge Corn Exchange at 7.30pm on Saturday April 9for which tickets are available here.

We are therefore almost entirely dependent on advertising for funding and expect to have a few difficult months and years ahead.

Despite this situation, we will look for inventive ways to seek to serve our readership with digital content and of course also in print!

Therefore, we ask our readers, if they wish, to donate from as little as £1, to help cover our running costs. Thank you very much, we hope you can help us!