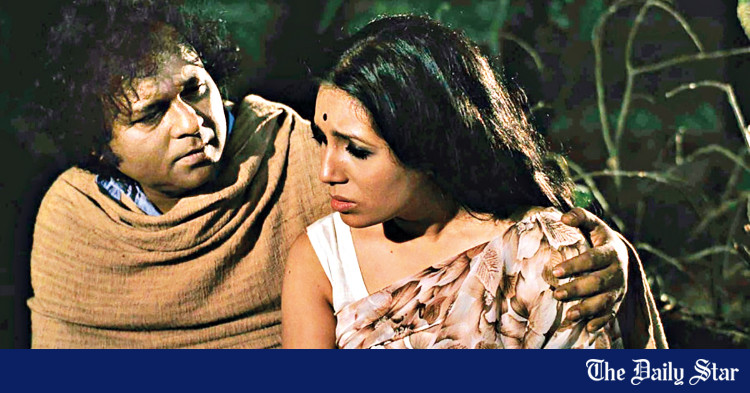 Ethical encounters: a look at women, war and cinema in Bangladesh

A modern remake of Ajoy Kar’s 1961 film Saptapodi, Shameem Akhtar’s film Rina Brown (2017) uncovers intimate geographies of love and loss between individuals from India and West and East Pakistan. One of Bangladesh’s few female independent filmmakers, Akhtar tells the story of unfulfilled dreams of love and freedom, setting her story in contemporary Bangladesh (or the city of Dhaka) to trace the return of Rina, an Anglo -Christian, to the now independent country. nation she left during the turbulence of the Bangladesh Liberation War (or Muktijuddho). Decades later, Rina returns to attend a seminar on women in conflict. Yet forty years after the end of the war, she searches for her teenage love, Darashiko, a Bengali Muslim freedom fighter turned corporate executive. Over the course of a long afternoon, the two reminisce about the waning aspirations of the nationalist struggle and its unreconciled trauma.

If Rina’s past is indelibly linked to the history of Bangladesh, today she is an outsider whose suffering is incomprehensible to the post-war generation. As the couple gazes out over the vast cityscape of Dhaka city and ponders what might have been, a vacant footbridge devoid of pedestrians serves as a metaphor for all that war has torn apart and imaginary, inextricably entrenched borders. The war changed everything, but as Darashiko sadly puts it, “We couldn’t change the country.”

I start with this vignette from Akhtar’s film – a female-centric Muktijuddho film – because it sheds light on what the Ethical Encounters essays strive to do: reinvent a gendered Muktijuddho ideology through visual culture which engages, disrupts and incites a new imaginary for the genre. Justice. The collection challenges conventional readings of the aesthetics and politics of Muktijuddho’s narratives. They tell stories of the birth of a nation from its margins, grappling with the formation of a “Bangladeshi” identity that embraces Bengali Muslims, as well as non-Muslims and non-Bengalis, fused into a national cinema which crystallizes an emerging Bangladeshi modernity. But at the same time, this modernity is also based on a bourgeois and masculinist reading of the nation and its history. Ethical Encounter, inspired by women-centered cinema in Bangladesh, highlights a feminine aesthetic as well as a politics of disruption and action, healing and reconciliation. I invite readers on a journey through Bangladeshi national cinema by highlighting three moments in its trajectory.

As Bangladesh emerged into the global imagination as a deficient nation, ravaged by war and disaster, left-wing revolutionary writer and activist Zahir Raihan was already an acclaimed filmmaker, having directed the classic nationalist satire Jibon Theke Neya (Glimpses of Life), in 1970, and Behula, in 1966. In 1971, as the war raged, the Provisional Government asked Raihan to make a series of documentaries about the struggle erupting in South Asia, which the world community knew very few things. These documentaries were intended to raise awareness and stimulate international intervention. Raihan was already working on Stop Genocide (1971), which documented the terrible violence of war as it unfolded, using scarce technical and financial resources. Stop Genocide placed the Bengali struggle for self-determination in a global context of anti-colonialism and anti-imperialism, including criticism of the United States for aiding West Pakistan and the United Nations for its failure to protect human rights. people in the region. Archiving this traumatic history meant bringing to light little-known, vanished stories, thereby reclaiming particular memories from the perspective of the marginalized and those rendered invisible. The result was the first significant moment in the trajectory of national Bangladeshi cinema as four critical documentaries – Stop Genocide, Liberation Fighters, A State Is Born and Innocent Millions – aspired to educate through film and deploy the camera as a tool of emancipation. These films seek to capture the war as it is experienced by the “people of Bangladesh”, authenticated by filmmakers who are themselves freedom fighters.

The second moment saw the release of four feature films a few months after the end of the war, including the iconic Ora Egaro Jon (1972) in which real-life freedom fighters played the main revolutionary roles, continuing this earlier trend. At the same time, however, the films canonized 1971 as encapsulated by key motifs – mass murder, rape, arson, and the righteous guerrilla insurrection – which, over time, materialized into tropes. Yet these documentaries set the context and ideal of a Muktijuddho genre ideology for a later generation of films – the third significant moment – notably crystallized in the award-winning film, Guerilla (2011), directed by Nasiruddin Yousuff, a fighter of Freedom, which featured the first commercial film centered on a female fighter. Curiously, while emphasizing the roles of women in the war of liberation – even centering them – the film nevertheless ends with the self-annihilation of Bilkis Banu (played by Jaya Ahsan) by which she earns the honorary title of “martyr “. Bilkis Banu personifies a composite of bereaved wife, devoted daughter-in-law, loving sister, insurgent and revolutionary as she blasts herself and the office of the Pakistan Army – an ultimate sacrifice for her and, by proxy, the honor of the nation.

So how have female filmmakers disrupted the gendered ideology of glorious war, male heroism, and feminized shame and sacrifice? Shameem Akhtar, a member of a film movement led by Alamgir Kabir, and alongside Tareque Masud and others, created the neorealist trilogy Daughters of History (2000), Shilalipi (2004) and Rina Brown (2017) as a call for justice, employing a lens that foregrounded intimate stories, empathy and friendship with the Other. The first of three, Daughters of History, is set amid the ruins of the devastating war of liberation and follows a breakaway friendship between women across borders whose pasts are intertwined, caught in an encounter between oppressive nations. -oppressed. Lalarukh (played by Sara Zaker), a Pakistani researcher working to document war crimes the Pakistani army committed against Bengalis in 1971, and Monika (played by Rahnuma Ahmed), her Bengali activist friend whose family survived violence, have both experienced transformations. consciousness through their intertwined struggles. As a Pakistani, Lalarukh bears the burden of the genocide that her own government and military forces unleashed against the Bengali people. Yet she finds herself conflicted. Born in East Pakistan, she is empathetic towards war-affected Bengalis, especially her childhood friend Monika. Yet she must also make sense of the silence and sanctioned ignorance of her own family, including her Bengali mother, during the war. The parallel trajectories of Monika and Lalarukh form the premise of a splinter alliance, as they embark on a journey of healing and reconciliation with war-child Ananya (played by Nasrin Siraj).

A scene from Daughters of History, director Shameem Akhtar, 2000

A scene from Daughters of History, director Shameem Akhtar, 2000

Beyond this trilogy, feminist filmmaker Rubaiyat Hossain’s debut film, Meherjaan (2011), expands the scope of the memory of 1971 through the region’s intertwined history, with actors and a musical score featuring artists spanning India, Pakistan and Bangladesh. The stunning visual landscape seems dissonant in the war movie genre, but Meherjaan also centers ethical encounters with the Other, whether through Bengali-Pakistani romance, homosexual desire, or a war child returning in search of his past to find a family. member. The film confronts precious truths about femininity and masculinity in times of war, questioning the sacrosanct space that memorialization practices have ritualized. Addressing past trauma, healing and reconciliation begins with women’s interpersonal encounters.

The attempt to commemorate the varied experiences of women in the war of liberation is a way of defending and inscribing their complex agent roles in national history. Instead of focusing primarily on state-level negotiations or male struggle, films of this genre highlight the intimate, domestic, or “feminine” sphere as a site of struggle and meaning. Drawing on Hossain’s notion of a feminine revisit of war, by a “feminine” sphere, I mean those spaces that are generally seen as feminized – and therefore subordinated – within the dominant patriarchal ideology. However, reframed, they can also be read as representations of nonconformity, mutuality and solidarity. By allowing the viewer to remember, imagine, and work through traumatic events such as war and conflict through a feminine aesthetic, film can help us appreciate women’s moral choices and acts of interpretation. , previously relegated to the only “feminine” sphere, expressed as victims or passive witnesses. Rather, the women in these films make unexpected, sometimes shocking choices: tending to a wounded enemy soldier; seeking help from a sympathetic Pakistani soldier after being raped by others like him; and embrace a rape child even when the nation rejects them. Recognizing these moral choices is a legacy of war that viewers come to appreciate through the film medium, and these films are a living archive where diverse women’s stories are commemorated, as important and precious as the memorials and museums that the State established to commemorate the martyrs.