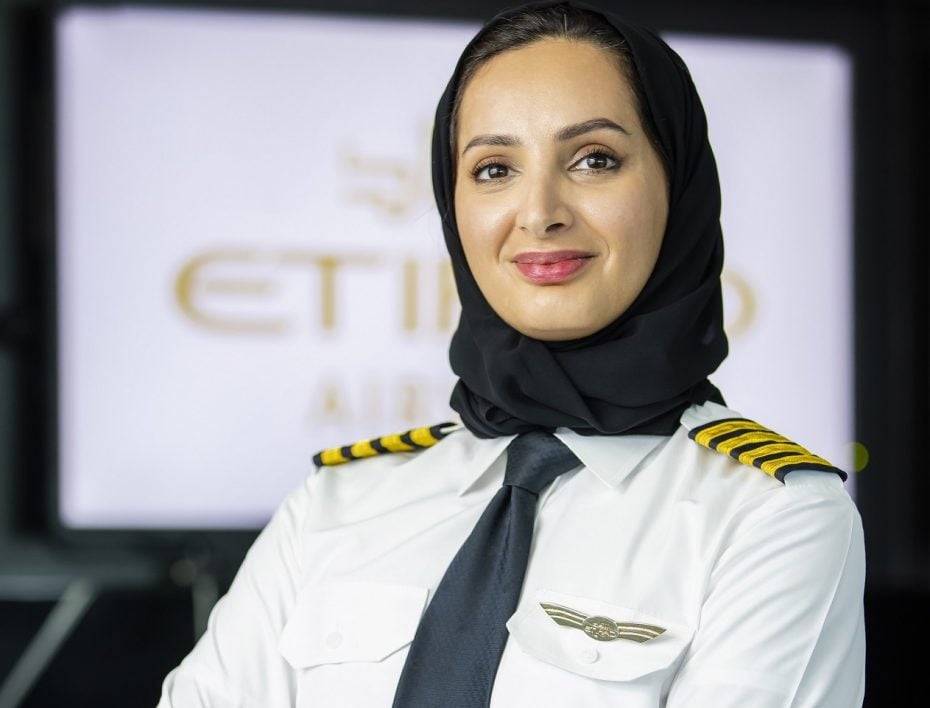 Captain Aisha Al Mansoori has become the first female Emirati captain in the United Arab Emirates in a commercial airline. This is an important milestone for aviation in the UAE and for the airline.

Captain Al Mansoori was given command in a recent ceremony which took place at the Etihad Crew Briefing Center in the presence of his family and peers.

The 33-year-old captain joined Etihad’s Cadet Pilot program in October 2007 and was one of only two UAE nationals in her group. In 2010, Aisha Al Mansoori successfully graduated and took her first flight on an Airbus A320 to Amman, Jordan.

Since then, Al Mansoori has risen through the ranks, completing the flight hours required to become a senior first officer.

She was the first UAE national to fly the superjumbo passenger plane, the Airbus A380.

Al Mansoori has completed Etihad’s rigorous program of checks and the mandatory number of flying hours required to be considered for the rank of captain. She passed the theoretical knowledge and flying exams of the General Authority of Civil Aviation of the United Arab Emirates and officially became the first female Emirati captain to hold an Air Transport Pilot License (ATPL) in the United Arab Emirates. .

Mohammad Al Bulooki, COO, Etihad Aviation Group, said, “Etihad is extremely proud of Captain Aisha’s achievement and her pioneering role for women in aviation in the UAE. It will no doubt be the first of a long series, and Etihad looks forward to welcoming more female pilots to captaincy in the future.

“Etihad remains committed to Emiratization and uplifting Emirati women to play their part in the growth of the aviation industry.”

Captain Aisha Al Mansoori said: “I am very grateful to have had the opportunity to join the Etihad Cadet Pilot program and to develop my career over the years with Etihad. I am grateful for the tremendous support I received from my instructors at Etihad and for their guidance throughout my training, which shaped my skills and prepared me for captaincy.

“I am proud to be the first Emirati woman to be a captain in a commercial airline, and I hope I will be an inspiration to young women to follow this career path.”

On August 28, Al Mansoori will begin his regular flight duties as captain at Etihad, a day that also marks Emirati Women’s Day.

The latest news is that Etihad Airways will increase its flights to New York this winter to offer more choices to travelers. The carrier will add four weekly flights on the Abu Dhabi – New York route from November 15, offering 11 weekly nonstop services to John F. Kennedy International Airport (JFK).

Read: UAE’s Etihad Airways to ramp up flights to New York from November

How a Survey Says BIPOC Business Owners in St. Cloud Can Be Helped

A roundtable examines Christian nationalism in the United States