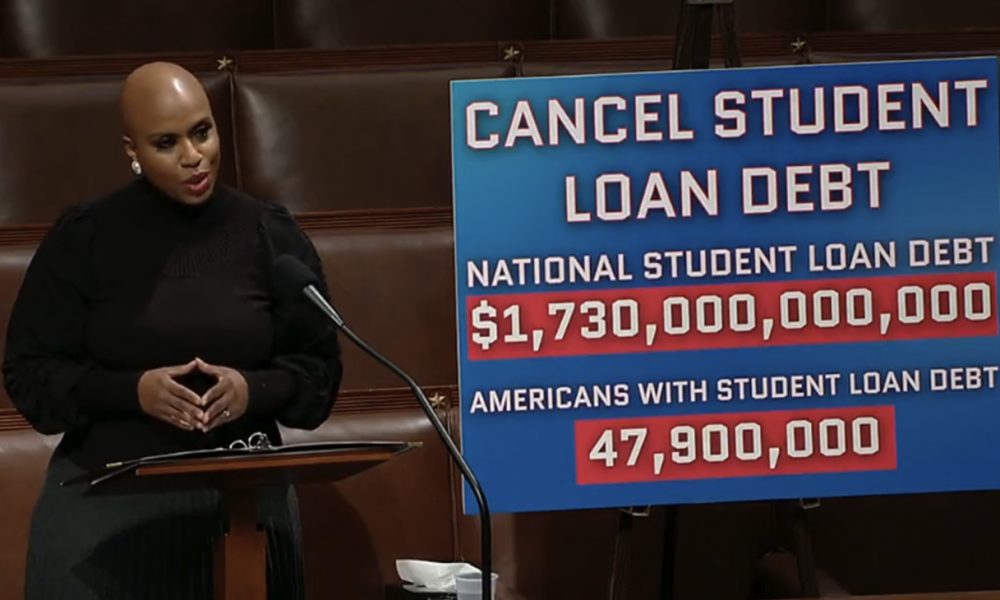 Before the pandemic began, Lewis said, paying off the high student loan debt she had accumulated to cover her tuition and living expenses while in school put a strain on her monthly budget. These arrears (“by the thousands”), with growing interest, prevented him from making ends meet.

But last month Lewis and about 30,000 other US student loan borrowers across the United States received unexpected good news. The Biden administration announced a $ 2 billion relief program that expanded the Public Service Loan Forgiveness Program (PSLF).

â€œIt dramatically reduced my finances and will improve my credit, which wasn’t bad anyway,â€ said Lewis, who does social work and now lives in Las Vegas. â€œIt took forever to pay. Now I don’t have to worry anymore.

The PSLF cancels student loan debt for borrowers who embark on a career in public service or work full-time for public or nonprofit organizations.

The aid program was launched about three months before the federal government lifted the freeze on student loan payments on January 31, 2022. In March 2020, as the COVID-19 pandemic raged across the country, the federal government suspended monthly payments for Americans who owe student loans. , ceased all collection activity and applied a temporary zero interest rate to all debts.

In California, there are thousands of African Americans like Lewis: struggling with huge balances from loans they took to pay for tuition not covered by scholarships, living conditions, textbooks. and other expenses.

In November, highlighting a borrower’s story, US Secretary of Education Miguel Cardona tweeted, “We’re just getting started” to alleviate student debt for millions of Americans.

According to a report by the California Student Loan and Debt Service Review Workgroup (CSLDSRW) – established under the state’s Budget Act 2020 – and the National Center for Education Statistic (NCES), 84.9% of blacks who graduated a bachelor’s degree from 2015 to 2016 owed an average of $ 34,000 after graduation.

The CSLDSRW study also found that Californians of color are defaulting more on their student loans. The San Francisco Bay Area neighborhoods with the highest percentages of black and Latino residents had 19.9% â€‹â€‹borrowers in default and 15% in default.

In Los Angeles, borrowers living in zip codes with high minority populations had twice as many default rates as borrowers in predominantly white zip codes.

US Congresswoman Ayanna Pressley (D-Massachusetts) told media at an event hosted by the American Federation of Teachers earlier this year that she too had defaulted on her student loans.

Black women have 20% more student debt than white women, according to the American Association of University Women, an advocacy group that fights for fair wages and economic opportunity for women.

The CSLDSRW reported that among all borrowers, black women accumulated more student debt, on average $ 37,558, from their undergraduate studies than any other group.

According to EducationData.org, a website that discusses the rising cost of higher education, black college graduates owe an average of $ 52,000 in student loans, nearly $ 25,000 more than their white counterparts.

“We are turning our commitments into reality by ensuring our students better access to high quality educational opportunities, creating a change of course for generations to come and strengthening the innovation economy in California,” said Newsom when he signed the legislation.

â€œCalifornians have thrived in our world-class universities for decades, but not everyone has had similar access – today that is changing,â€ he continued. Everyone deserves a chance at “California Dream”.

The US Department of Education expects thousands more people to benefit from federally funded debt relief programs in the coming months.

Over 45 million Americans have a total of $ 1.7 trillion in student loan debt. Progressive lawmakers have pushed Biden to write off all debts held by the federal government up to $ 50,000 and they are working to stop loan repayments.

“89% of student borrowers say they are not financially ready to resume their student loan payments and 27% will spend at least a third of their income on payments when they resume,” tweeted Senator Elizabeth Warren (D -MY). â€œStudent Debt is Pulling Our Communities Down and the Economy @POTUS Should #Cancel Student Debt. “