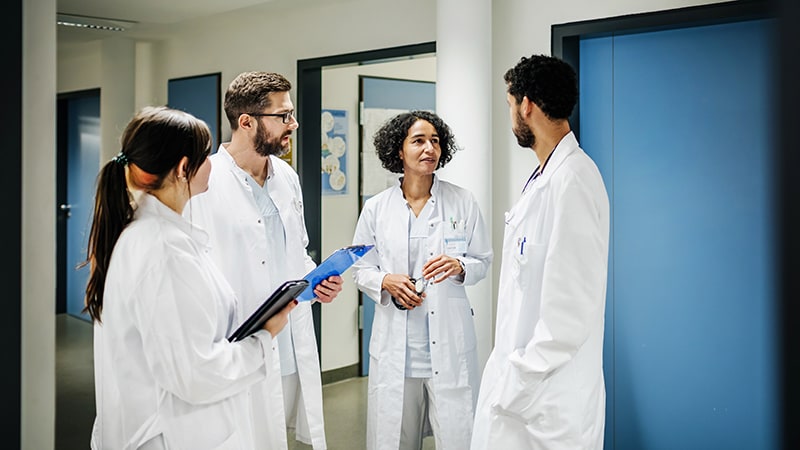 Among the vast majority of subspecialties, women’s starting salaries and 10-year salaries were lower than those of their male colleagues in academic medicine, by study in JAMA Network Open.

Eva Catenaccio, MD, a epilepsy researcher at Children’s Hospital of Philadelphia and lead author of the study, said Medscape Medical News that gender disparities in earning potential are “pervasive in academic medicine”. These pay disparities, which occur in nearly every subspecialty and can run into the hundreds of thousands of dollars in the first 10 years of an academic physician’s career, “are largely the result of gender differences. in the annual salary that starts immediately after the training,” she said.

Medical schools and hospital leaders have a role to play

According to the study, earning potential in the first 10 years of post-training employment by gender was most dramatic in neurosurgery, orthopedic surgery and cardiology. Three sub-specialties where women and men have similar earning potential are Pediatric Nephrology, Pediatric Neurology, and Pediatric Rheumatology.

The co-authors note that it is commonly believed that women do not negotiate as often or as successfully as their male colleagues. A 2019 study in JAMA Surgery of 606 male and female surgical residents found that while residents of both sexes shared similar career goals, women had lower future salary expectations and a significantly more negative view of the salary negotiation process.

Catenaccio and his co-authors agree that negotiation skills and financial literacy should be taught during medical school and postgraduate training. “However, the responsibility for ensuring pay equity should not rest solely with the individual candidate; rather, departmental and hospital leaders should take responsibility for ensuring uniform starting salaries and preventing gender-based inequities,” they wrote in the study.

“We hope this study will encourage academic medical institutions to increase transparency and equity in compensation, especially for junior faculty,” Catenaccio said. Medscape Medical News. “This will require both ensuring equal starting salaries and providing periodic adjustments throughout individuals’ careers to avoid discrepancies in earning potential by gender or any other individual characteristic.”

Harold Simon, MD, MBA, faculty vice chair of the Department of Pediatrics and professor of pediatric emergency medicine at Children’s Healthcare of Atlanta, said Medscape Medical News this “[i]nincreased transparency around pay can empower women to advocate for fair pay. However, the burden of ensuring equity should not fall on individuals, but rather be the primary responsibility of academic institutions.

Specifically, Simon is advocating for hospital leaders to “ensure equity among providers, including compensation [as] a crucial element in maintaining a diverse workforce and ultimately providing balanced access to healthcare for patients.

Additionally, the authors call for periodic compensation reviews and adjustments to help prevent gender-based salary differences between female and male physicians in academia. “This is absolutely necessary, both to develop future compensation plans and to address any pre-existing gender-based pay inequality for women currently well advanced in their careers,” they wrote in the study.

Data analysis was conducted from March to May 2021. Researchers used models to estimate the impacts of the timing of promotions and potential interventions, including equalizing starting salaries and annual salary rates.

The study included compensation data for 24,593 female and 29,886 male academic physicians in 45 subspecialties. He relied on publicly available data from the annual report of the Association of American Medical Colleges Medical School Faculty Salary Survey.

Messick leads Noles to a 4-1 win over James Madison