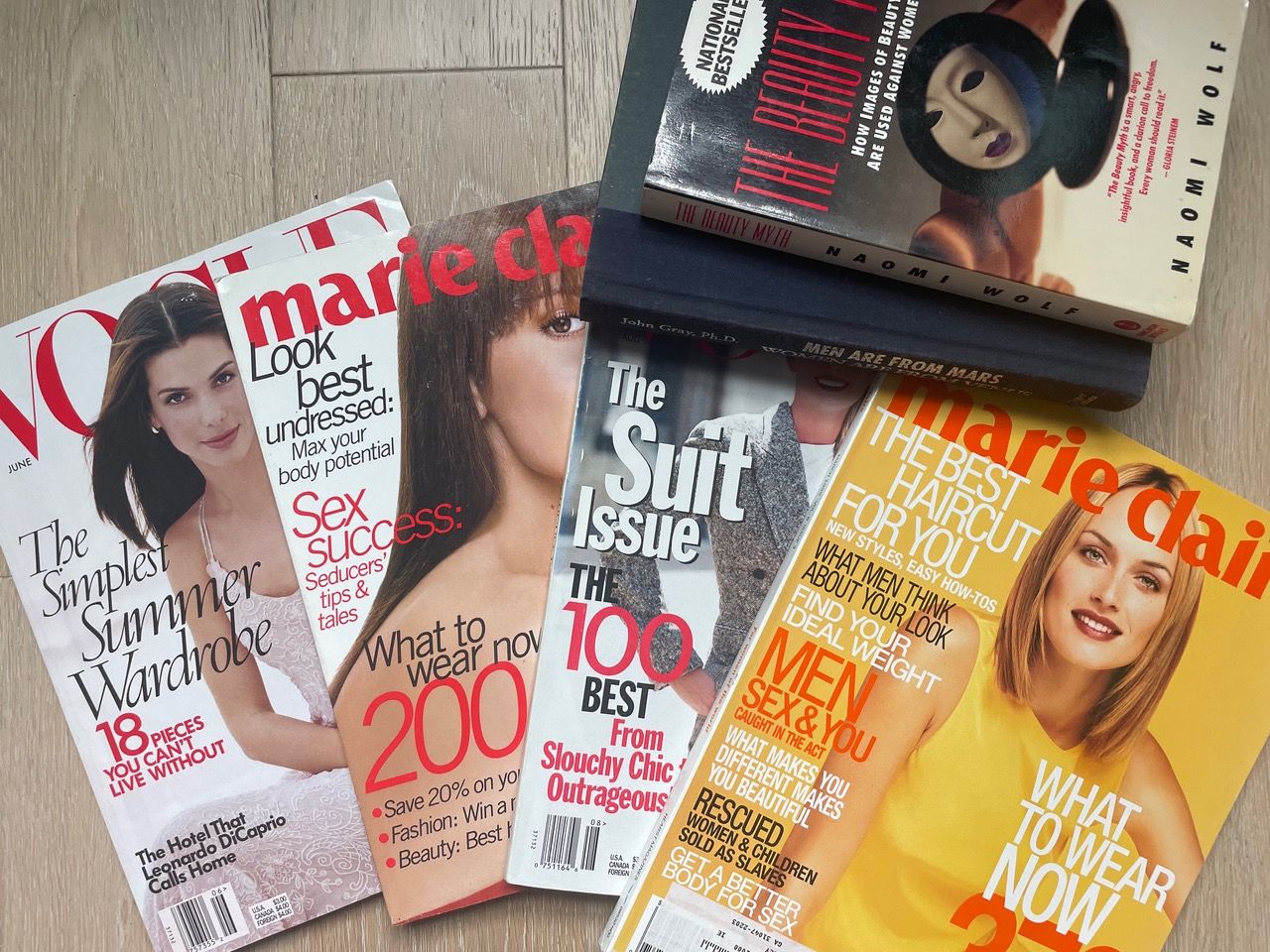 Brooklyn, Everywhere explores the many meanings of gentrification. Sign up to receive it in your inbox.

Last week, I took a brief trip to Rome to research my next novel, somewhat sooner than I could have imagined. So much happened during this trip that I intended to write to you. About inspiration and art and the importance of leisure. About how I accidentally got left on what some might call the loudest street in one of the loudest cities, and how it made me feel so alive. I was going to talk about the fact that for five days in this metropolis I saw no rats, and I can’t help but wonder if credit is due to all the cats. (I think the mayor of New York could boost his approval rating with a stray cat relocation program.) I wanted to tell you about the ridiculous “Brooklyn-brand” bag of amenities I got on the plane, decorated with a “map” that mysteriously placed Bensonhurst and Prospect Lefferts Garden side by side and filled with products made everywhere but Brooklyn.

But alas, I was halfway through writing and realized I could barely look past two topics: the impending demise of Roe vs. Wade, and Kim Kardashian’s appearance at the Met Gala. I hope to write about all this other stuff in the coming weeks, but so far I’ve been thinking a lot about “the battle of the sexes”. It was an idiom in the popular vernacular of my youth, but its origin can be found in a highly publicized 1973 tennis match. Retired player Bobby Riggs challenged the top female tennis star of the day, Billie Jean King, in a $100,000 win-win match. Whether for show or sincerely, Riggs spent the summer publicly playing the role of the male chauvinist pig, hosting press events where he uttered statements like, “She’s a woman and they don’t have the emotional stability [to win]and “Women belong in the bedroom and in the kitchen, in that order.” Meanwhile, King spent the same summer fighting for equal pay for women at the US Open before eventually winning the match against Riggs.

The moment, as far as pop culture history goes, was huge. The match came amid the growing second wave of public discourse, activism and action in the women’s equality movement, including the landmark decision to Roe v. Wade, published in January of the same year. Riggs’ challenge was more than a man versus a woman – he took the rightful, all-important moment of women and flattened it into the sport, to provide a level of male catharsis and understanding. The difficult and complex job of unraveling a patriarchal, racist and oppressive society becomes, quite literally, a zero-sum game between binary genders. The match helped establish the idea that a woman’s gain must be equal to a man’s loss. I sometimes wonder if this isn’t the time when we women allowed men to take the reins and define American feminism in terms that they not only understood, but that we were conditioned to understand better as well. Feminism was defined not by improving the quality of life of women and therefore of families, but by climbing obstacles and accumulating “victories”.

As second-wave feminism morphed into a third, women seemed to be racking up nothing but victories. First, in the 1970s, women experienced a series of legal victories in addition to roe deer: Title IX was passed (1972), discrimination in housing was prohibited (1974), prohibition of discrimination in pregnancy was passed (1978). And then, in the 80s and 90s, a series of firsts: our first elected female senator without a male relative in office before her, our first Supreme Court justice (1981), our first woman in space (1983), first female candidate for Vice-President on a major list (1984), first female Secretary of State (1997).

1992 was hailed as “the year of the woman”, with more women elected to political office than at any other time in history up to that date. And what have we done with all that newfound equity and power? We began our quest – the one that continues to haunt us – to “have it all”, a phrase popularized by Helen Gurley Brown, the former editor of Cosmopolitan. In the 90s, we could “do it all”: have male careers, be riot grrrls, get elected, but still be feminine enough to play by the rules, marry the guy of our dreams, and have kids ( just a bit later!).

Recently, for the search for said next novel, I bought a ton of women’s magazines from that era. August 1997 vogue: “The costume problem.” March 1997 Marie Claire: “What men think of your look”; sitting just above, “Get a better body for sex.” June 1998 vogue: Sandra Bullock was “Cool, Candid, Confident” in the same issue as the annual “Wedding Album” of fantastic bridal looks. Feminism, at this point, had traded its pursuit of “women’s liberation” for fully pursuing parity with men, while trying to remain attractive to them. In short, both professionally and privately, we were looking for victories defined in masculine terms. (Little defines this era so clearly that feminists confidently side with Bill Clinton in the Monica Lewinsky case.)

Since then, the language may have changed – there were the things about sexual empowerment where we could have “sex like men” (think: sex and the city), then career-seeking teenagers (think: #girlboss). But ultimately, each decade finds us led by a feminism that has abandoned improving the struggles of our collective lives as women instead of chasing after individual victories on playing fields laid out by men. Many women are exhausted by the repetitive act of “fighting” for a right to equity, proving that we can still “win” against all odds.

I bring this up because we are in a moment of crisis for women’s rights in this country, a moment defined in large part by a woman whom I consider to be the perfect by-product of what I will call “patriarchal feminism”. “: Judge Amy Coney Barrette. Barrett is only a few years older than me, brought up on those same magazine headlines and chaotic promises of “post-feminist” America. Whether she considers herself a feminist or not doesn’t really matter. The “gender battle” was about parity with men, and we are faced with the fact that by fighting for parity with men, we have opened the door to empowering women to reinforce patriarchy.

And, mind-boggling as it sounds to most of us, in some circles, Barrett is considered a feminist icon. In 2020, Erika Bachiochi wrote in Politics that Barrett’s anti-abortion stance is the embodiment of “a new kind of feminism, a feminism that builds on the laudable anti-discrimination work of [Ruth Bader] Ginsburg but goes further. It insists not only on the equal rights of men and women, but also on their common responsibilities, particularly in the field of family life. In this new feminism, gender equality is not about emulating men’s ability to escape unexpected pregnancy through abortion, but rather about asking men to meet women on a high level of mutual accountability, reciprocity and care. Bachiochi’s argument, as punitive and out of the realm of reality as I personally find it, positions Barrett as simply seeking a different path to gender parity.

But Barrett’s position on reproductive rights aside, we all have to admit: On paper, she’s a poster child for feminist victory. She’s managed to balance a top-notch husband, family, and career that’s not bound by any ceilings, glass, or otherwise. So does another “feminist icon” I’ve been thinking about lately: Kim Kardashian.

Whatever your feelings about her, Kardashian is another woman who has seemingly won the elusive prize that patriarchal feminism has hung before us: having it all. She runs a billion dollar business and has beautiful kids and a love life, all created while being sex positive and designing shapewear that she says celebrates and enhances curves. And yet, this woman who has absolutely nothing to prove to anyone recently boasted that she starved herself for three weeks to fit into the dress of another, more retrograde female icon. Someone on Twitter asked, “Did feminism just die and I somehow missed it?” But when I saw it, I thought, No, that’s the promise of feminism: constantly in battle, even with our own bodies, our own forms, to “win” in a game whose parameters of victory are set by men..

This is not an effort to blame feminism, but an attempt to implore women and women’s allies who are rightly outraged and panicked by a possible repeal of roe deer to change the conversation. We have to get away from the tennis court where we threw this ball between powerful men and the women who have supported them for decades, winning a few sets, but now, it seems, losing the match. The language of feminism does not work for us, neither in the arena of patriarchy nor even in our own private lives.

As I’ve written before, I truly believe that now is the time to expand the way we think and talk about what a pro-woman America would look like. We need to regroup and reframe our language away from “defending” the individual and towards protecting the collective. Because yes, protecting women’s reproductive rights benefits me, but it is equally important that a pro-woman reproductive policy benefits all of us: men, children, our economy and our national security.