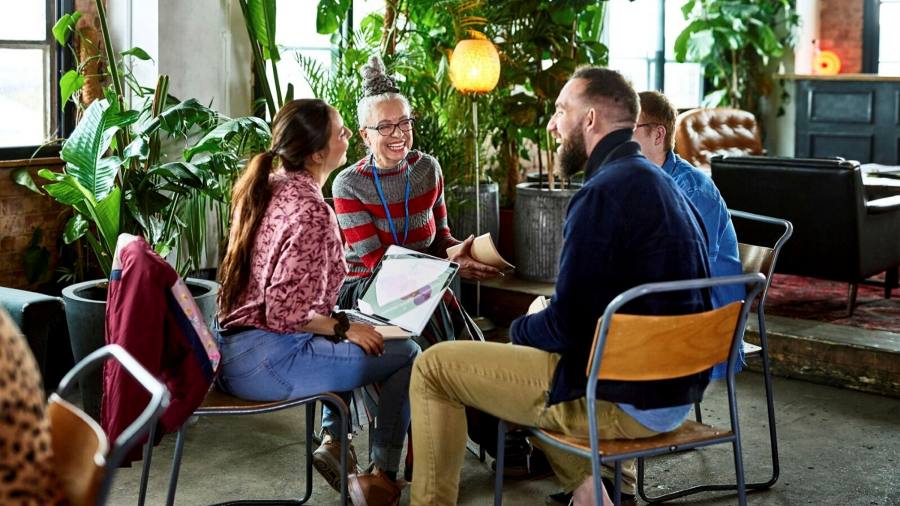 Michael Skapinker is an FT editorial contributor and author of “Inside the Leaders’ Club: How Top Companies Manage Pressing Business Issues”

FT Weekend has a feature called Fantasy Dinner Parties where writers select guests for their dream meal. Imagine a fantastic dinner with Bill Gates, Emma Thompson, George Galloway, Barack Obama and Donald Trump. This strange gathering would not make for eating peacefully. The guests have little in common except that they are all baby boomers, the generation born between 1946 and 1964.

It was a time when the United States and Europe were moving from post-war reconstruction to growing prosperity and witnessing the upheavals of feminism, the arrival of the birth control pill and the start of the Vietnam War. . Yet each of our guests drew their own conclusions and followed radically different paths.

And since many organizations today have staff between the ages of 18 and 70, managing a multi-generational workforce has become one of the key leadership tasks covered in my new book. Within the Leaders Club.

But because the differences within generations are often as great as those between them, how to manage age cohorts requires more subtlety than just making sure Gen Z and baby boomers learn to tolerate each other. .

Take a real example, rather than my artificial dinner. I moderated a strategy session earlier this year for the executive group of a European manufacturing company. Several members of the management team mentioned that potential recruits often ask to know how the company justifies its existence. What was his goal? Young people interviewed made it clear that if the company couldn’t explain how it contributed to society, they would go elsewhere.

As the leaders were discussing this, I noticed one of the attendees becoming irritated. All of this talk of purpose may be true for those applying for roles in research and development, HR, sustainability or communications, he said, but 80% of his company’s employees spend their days in front of a machine in a factory – and their goal was a job that paid enough to live on.

Managing these tensions requires a detailed assessment of what each cohort is doing in your own organization. Widespread issues in society will affect your business differently. For example, housing is an issue for many young workers. A 2020 Loughborough University report found that two in three single Britons in their 20s live with their parents. In the United States, the Pew Research Center reported in 2020 that a majority of 18 to 29 year olds – 52% – were living with their parents for the first time since the Great Depression, a trend exacerbated by the pandemic.

What does this mean for your workforce? Are your new jobs open only to those whose parents live in your business location because others can’t afford to move there? What does that do to your ability to attract the best people for the job? Would hybrid or flexible working mean you could recruit more remote people who could come into the office three days a week? If, like the factory staff of the manufacturing company, they have to be there every day, how could you alleviate their transportation and housing costs, or should you build your next factory where the labor- of labor is more plentiful?

During the pandemic, many parents with young children have found it impossible to work from home. If they had their own living space, a two-bedroom apartment with toddlers left a lot of people wanting the office. But even if they wanted to leave their apartment, many couldn’t afford the childcare to run it – something you may need to help with if you want to keep them.

The same applies to the other end of the age bracket. With labor shortages in industries from aviation to hospitality to construction, it makes sense to retain and recruit older employees. Yet many older workers have left the labor market. According to the London-based Center for Aging Better, older staff were more likely to be made redundant during the pandemic and less likely to be re-employed. Again, we cannot generalize. There are big differences, especially for men. In England, male employment for 50-64 year olds is 66.4% in the North East and 80.4% in the South East. The pool of potential older workers and your ability to attract them depends on your location.

So generational differences are important, but how they affect your organization depends on what it does and where you are. Multigenerational management calls for nuanced analysis rather than catchy labels.

As drought hits, how much are chief executives of UK water companies paid? | Executive compensation and bonuses