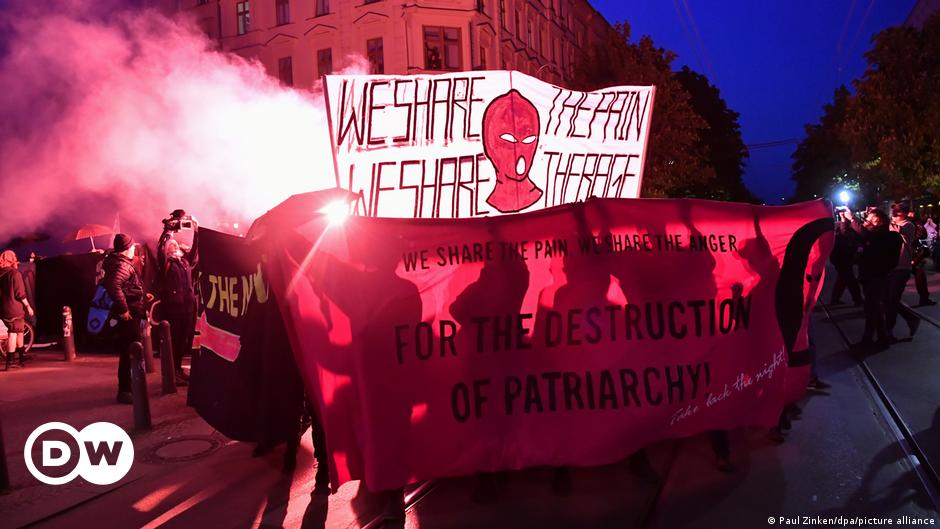 Germany. Feminists and squatters kick off May Day protests in Berlin | News

After a few years of limited actions due to the coronavirus pandemic, Berliners took to the streets on Saturday to kick off this year’s May Day protests and festivities.

A feminist demonstration marched under the slogan of “Take back the night” to protest against violence against women. German news agency DPA estimated that around 2,500 people took part in the march, accompanied by a heavy police presence.

Hundreds of protesters also took part in various other activities around the city on Saturday, including demonstrations against rising rents and the planned opening of a new police station in the Kreuzberg district.

Earlier on Saturday morning, a group of housing activists occupied a vacant hostel in the center of the capital before police evicted them.

“While thousands of people live in shitty mass housing, pitted against each other and have no safe home, 80 rooms here have stood empty for years,” the group Hotels to Housing wrote on Twitter. .

Protesters ‘take back the night’

Berlin has a long history of May Day marches and demonstrations, and large demonstrations are expected for Sunday May Day – a day traditionally celebrated by the left for its historic significance to the labor movement.

A “revolutionary May Day demonstration” is scheduled for Sunday evening, with police warning of potential violence at an “autonomous” or anarchist demonstration in the capital.

But Saturday’s main event was the feminist march through Berlin. Although it started out peacefully, arrests were also reported. Protesters reportedly chanted “No God, no state, no patriarchy”.

A journalist for the Berlin Tagesspiegel The newspaper wrote on Twitter that the first clashes occurred as police attempted to forcibly remove individuals from the protest.

The protest then dissolved on its own, leaving police surprised, according to reports. This follows reports of repeated clashes between protesters and police.

Berlin prepares for outbreaks of violence

Officers were also brought in from other German states, although protests are also expected in other major German cities.

She said the police would “intervene massively in the event of clashes”.

“Of course, we know it could lead to violence, and it most likely will,” she told the radio station.

Michael Horvath: the co-founder of Strava who manages | Technology sector