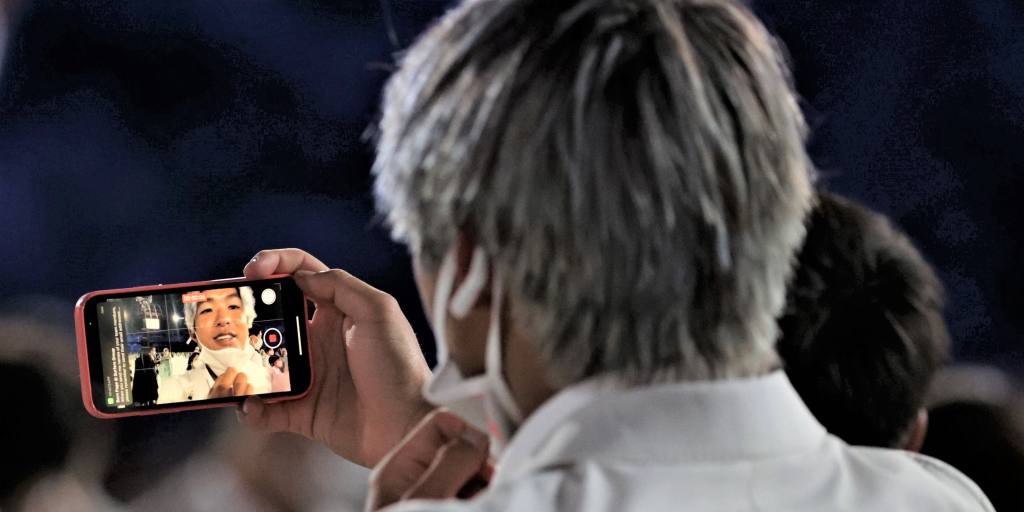 TOKYO – Athletes from 205 countries and territories compete in the Tokyo Olympics, bearing the brunt of the expectations of their compatriots. Widespread cyberbullying is adding to the pressure, prompting competitors, officials and even the President of Singapore to speak out.

“We do not condone cyberbullying in any way,” the New Zealand Olympic Committee recently said, according to the AFP news agency. The statement was in response to the online attacks on New Zealand weightlifter Laurel Hubbard, who made history as the first transgender woman to compete in the Olympics.

Hubbard is far from the only one to be targeted. With spectators being banned from the Games due to COVID-19, the internet is one of the few ways that athletes can interact with fans. But this has its pitfalls.

Japanese gymnast Mai Murakami, who won a bronze medal in the women’s floor exercise, was in tears when she told reporters she received negative comments on social media. “I know there are people who support me,” she said. “But I can’t help but see these negative comments.”

Japanese table tennis player Jun Mizutani, who won gold in mixed doubles with Mima Ito, revealed on Twitter that he was receiving abusive direct messages from foreign and domestic users. A short video he uploaded on Saturday showed that an anonymous Twitter user sent several messages such as “Go die” and “You are a piece of shit.”

The issue has also gained attention elsewhere in Asia. Lee Chong Wei, Malaysia’s Chef de Mission for the Tokyo Games, rushed to the defense of mixed doubles badminton players Chan Peng Soon and Goh Liu Ying after they failed to qualify for the knockout phase.

The torrent of criticism they suffered was “unforgivable,” Lee said, according to the New Straits Times.

“I am appalled at the number of online comments abusing our badminton players. As a former teammate I feel so much for them,” he wrote on Instagram. “No athlete competes to lose. There are bound to be winners and losers.… Don’t laugh at them and don’t give up on them when they lose.”

The New Zealand Olympic Committee felt compelled to speak out against cyberbullying after the online attacks on Laurel Hubbard, the first transgender woman to compete in the Olympics. © Reuters

In Singapore, President Halimah Yacob called on the citizens of the city-state to support the athletes. Swimmer Joseph Schooling failed to advance to the semi-finals after winning gold at Rio 2016 – and came under heavy criticism afterwards.

“It was the start of negative and hurtful comments against him,” the president said. “We forgot that he helped us win an Olympic gold medal and glorified our own sporting history.”

In South Korea, 20-year-old female archery gold medalist An San reposted abusive posts to her Instagram Stories. She became a target after cutting her hair short – a look referred to as “feminist” by some social media users.

“We have heard that a few athletes have left social media… Negative comments, even if they are fewest, can be really hurtful for athletes,” said Kirsty Coventry, Chair of the International Committee’s Athletes’ Commission Olympic.

The mental well-being of athletes was in the spotlight at these Games. In June, just weeks before the opening, Japanese tennis player Naomi Osaka spoke of depression. And last week, American star gymnast Simone Biles retired from big events to focus on her mental health.

Yet it’s also a time when athletes rely on social media to connect with their followers and build their personal brands, which means there are no easy answers.

Archery gold medalist An San of South Korea has been the butt of misogynistic comments over her short haircut. © Reuters

Hiroaki Yamamoto, a psychiatrist who is also a board member of the Japan Association of Sports Psychiatry, warned that such comments can negatively impact athlete performance. “But you can’t just tell athletes to stay away from social media,” Yamamoto said. “Social media has become an indispensable tool for athletes to improve their worth.”

Many athletes shared their experiences at the Olympic Village on multiple platforms such as Tik Tok and Instagram, giving fans a new window into the Games.

Organizers say they are taking steps to ease mental tension. They have set up a clinic with services including psychiatric counseling and a 24-hour hotline in 70 languages. Six free counseling and support sessions for athletes up to three months after the Games are also available.

The Japanese Olympic Committee told reporters on Sunday it was monitoring and recording online bullying, adding that police could be called as appropriate.

Cyberbullying in itself is not new, but Olympic athletes are emphasizing the extent of the problem.

Yamamoto, the psychiatrist, said he has observed how athletes move cautiously on social media, being selective about what they post. But he argued that there isn’t much an individual can do to avoid bullies without a bigger change in how social media works.

“This is a very worrying problem which currently lacks a fundamental solution,” said Yamamoto.

Eurocastle publishes its financial results for the first half of 2021

Women entrepreneurs on the fringes of the traditional economy