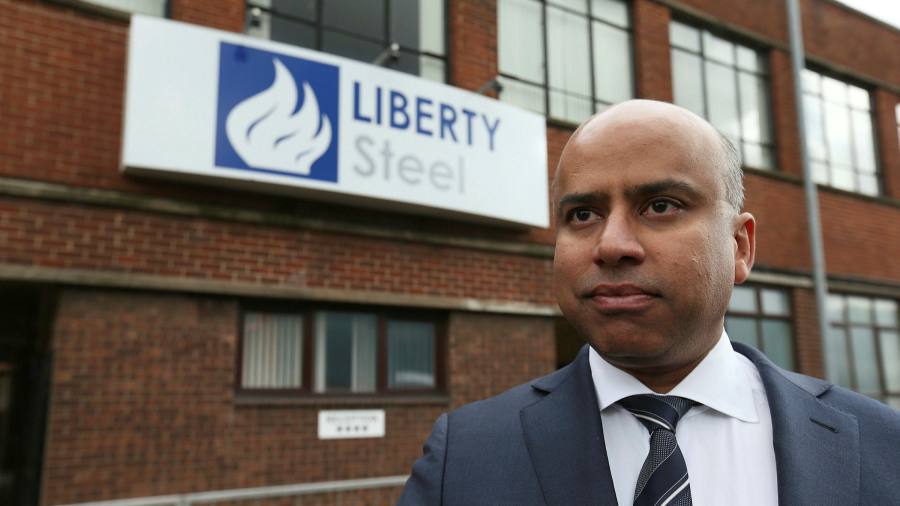 According to documents seen by the Financial Times, every taxpayer-guaranteed loan provided by Greensill Capital under a government program has gone to companies linked to metal tycoon Sanjeev Gupta.

Greensill, a once-popular financial start-up that collapsed in March, is at the center of a financial and political scandal, which involved former British Prime Minister David Cameron. As a paid advisor to the company, he lobbied for better access to government coronavirus loan programs.

The lender’s close ties to Gupta’s GFG Alliance metals conglomerate have also come under scrutiny. The UK’s Serious Fraud Office announced last month that it had launched an investigation into suspicions of fraud and money laundering at GFG, including its “funding deals” with Greensill. The companies have denied the wrongdoing.

Last year, Greensill was granted access to the Coronavirus Large Business Interruption Loan Scheme (CLBILS), which the UK government put in place at the height of the pandemic to help businesses weather the crisis. Greensill has granted CLBILS loans through its banking subsidiary in Germany. The management of the subsidiary is now the subject of a criminal investigation following a complaint from the regulators.

A report by the administrator of the collapsed bank showed that it had made eight CLBILS loans, including seven to companies in Gupta’s GFG alliance, while an eighth was to a company that “could potentially be classified as linked to the Gupta group â€.

Although the borrowers are not named in the report, the FT has seen another document which names the beneficiaries of the CLBILS loan. The seven GFG Alliance companies are: Liberty Pipes (Hartlepool), Liberty Steel Newport, Simec International (UK), Liberty Commodities, Liberty Industries UK, Liberty Merchant Bar and Specialty Steel UK.

The eighth borrower is Aar Tee Commodities (UK), a metals trading company owned by Gupta partner Ravi Trehan. The 62-year-old businessman previously held a minority stake in Liberty Commodities and was previously a member of the board of directors of GFG’s charitable foundation.

GFG Alliance and Greensill Capital declined to comment. Aar Tee previously told the FT that it was an “independent business separate” from GFG.

Greensill was only allowed to provide just Â£ 50million to a single company under the emergency lending scheme, with 80% of each loan guaranteed by the UK government.

However, the finance company granted Â£ 400million to the eight Gupta-related companies on the grounds that they were not part of a consolidated legal entity but a set of separate companies owned by the metals mogul, to his father and a partner.

The document from the German administration shows that the state guaranteed part of the eight loans amounts to 356 million euros and that 44 million euros of this amount are now “in arrears”.

GFG had previously told the FT that just one of its UK companies had received Â£ 45.6million in funding under the scheme. People familiar with the loans said some were used to replace Greensill’s existing debt rather than providing new funding.

The administrator’s report reveals that British Business Bank, the state-owned development bank that oversaw the CLBILS program, suspended loan guarantees in March as Greensill began to collapse, on the basis of “evidence that [Greensill Capital] had violated the terms of the guarantee agreement â€.

The British Business Bank has repeatedly refused to disclose information on the amount of funding Gupta and its associates have requested under the program. The lender launched an investigation in October after the FT first revealed that several companies linked to Gupta were obtaining CLBILS loans.

â€œIt would not be appropriate to comment on individual cases given commercial sensitivities,â€ the British Business Bank said.

Greensill also provided loans under a separate government program for small businesses. The administrator’s report indicates that there is 16 million euros of guaranteed debt under this scheme on Greensill Bank’s balance sheet, on loan to borrowers “not affiliated with” Gupta.