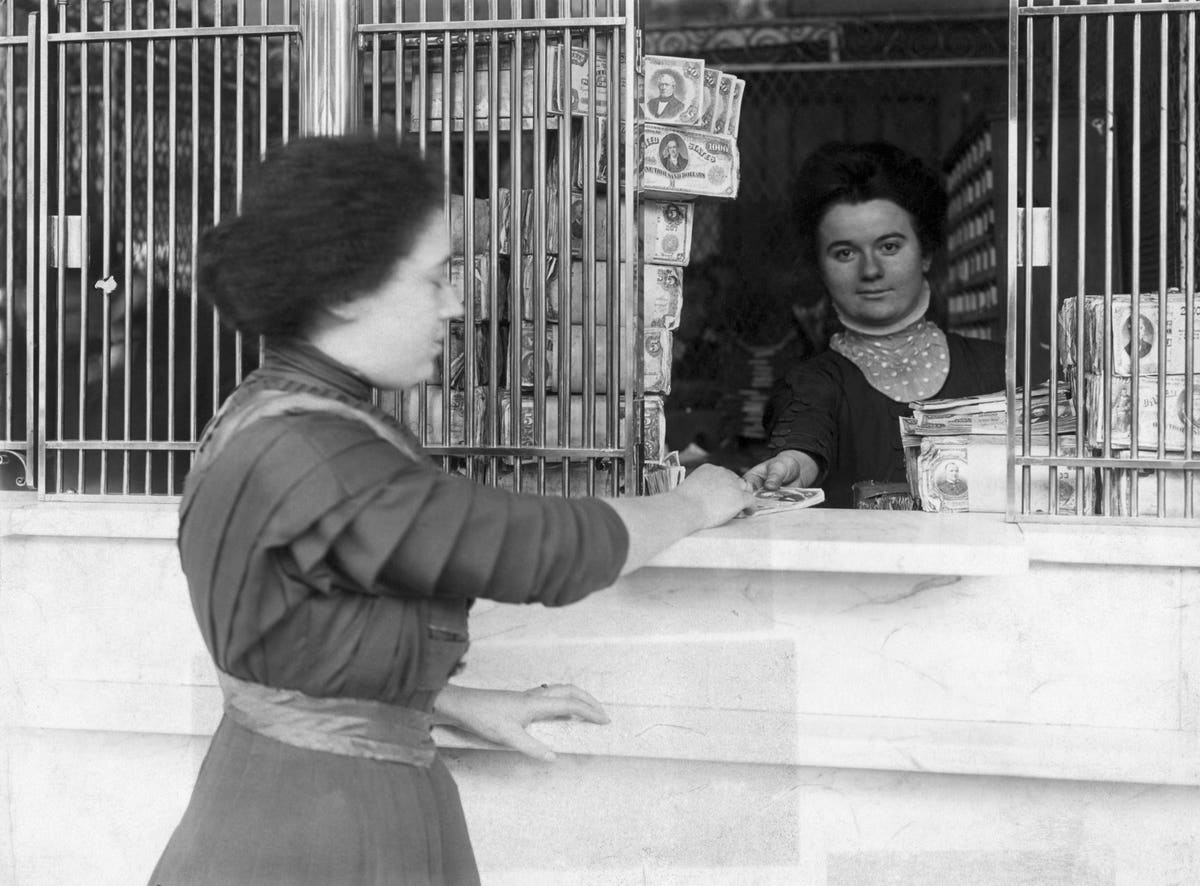 How Defi empowers women to create their own financial destiny, an interview with Alex Lemberg

The very first U.S. senator was sworn in on November 12, 1922, representing the state of Georgia. Her name was Rebecca Felton. She was 87 at the time. His tenure lasted for a day.

Hers was a token date to appease new voters when the sitting senator unexpectedly died. The special election was to produce a new senator before Congress returned. When Walter F. George won the special election, he allowed Fenton to take the oath for a day to appease his female voters.

Fenton, a prominent suffragist and sadly outspoken white supremacist – history is always mean to those on her side – called on men in the South not to do much for women’s rights, writing that “the honeyed phrases are fun to listen to, but the sane women of our country would prefer more substantial gifts. It had been just over twenty years since married women were allowed to open their own bank accounts and own their own land. And yet, few have.

Even in the 1970s, fifty years later, married women in the United States could not universally open bank accounts or apply for credit cards without first obtaining permission from their husbands. And women couldn’t get a loan without a male co-signer.

Between the years 1971 to 1976, Ruth Bader Ginsburg argued a number of cases which strengthened the rights of women under the equal protection clause of the Constitution which prioritized the financial freedoms of women today.

47 years later, we are in a new era in which financial transactions are no longer discriminatory against women. And thanks to DeFi and cryptocurrencies, they are indeed gender blind. Decentralized finance, or DeFi, removes the central service, such as a bank or stock exchange, which exercises control over the entire system. Regulation is often lacking, but so is discrimination.

â€œWe live in an age where gender equality should be the norm, not male dominated or overprotected by women,â€ said Alex Lemberg, CEO of Nimbus. â€œThe financial world doesn’t just transfer assets to those with a good business idea, as it should. Although women have proven to be very skilled and successful in almost every industry, finance is still dominated by men who may mistakenly perceive women as risky or unable to make financial decisions. DeFi provides a safe haven for people facing gender discrimination in traditional financial institutions. “

â€œThe fact that Blockchain technology does not discriminate is one of the most positive transformations of financial systems in the world,â€ adds Lauretta Otoo of CQ Legal and Consulting.

The problem is, there are far fewer women than men taking advantage of the DeFi opportunity. â€œMen are twice as likely as women to own Crypto. In my experience, women are financially prudent and very serious about finances, but the problem may be lack of motivation to participate in something that is not intended for them. Once women are motivated, participation will no longer be a factor, â€Lemberg continues.

Cynthia Quarcoo, managing partner of CQ Legal and Consulting, says a barrier to entry could be a lack of technical knowledge, making Crypto more “complicated … in an ecosystem that is constantly evolving over short periods of time.” She adds, â€œThere is no secret formula for doing it, but women will not be convinced to join an industry that is ‘under-represented’ by women. “

Quarcoo’s associate Otoo agrees that it’s not harder for women to understand DeFi, but women are less aware of its potential. â€œWomen should know that there are many entry points and that they don’t have to be technical or specialize in cryptocurrencies. The ecosystem is versatile, offering opportunities whatever the context.

Additionally, in countries where women’s rights lag far behind men’s, DeFi gives women more opportunities to control their finances independently of men. â€œWe need to promote education and awareness that financial literacy ultimately brings success. Women from all communities can use DeFi to create their financial safety net. I believe it is also our mission to make women free to manage their own assets.

Quarcoo adds, â€œWomen can be included financially and achieve their own financial independence, because blockchain is an ecosystem that enables participation of all people, regardless of gender, culture or country. Even where women have few rights, all they need is access to technology.

â€œBut what’s more important – and I never tire of pointing this out – is the unidentifiable nature of DeFi. For DeFi, gender means nothing. Women have the same opportunities as men integrated into the structure of the system, and for me the main objective of the Defi sphere is to provide equal access to all â€, concludes Lemberg.

The Internet’s easy access to information has made wonderful inroads for under-represented communities around the world. With the advent of cryptocurrency and DeFi, this access also extends to financial resources. We can only hope that over time governments will follow suit.