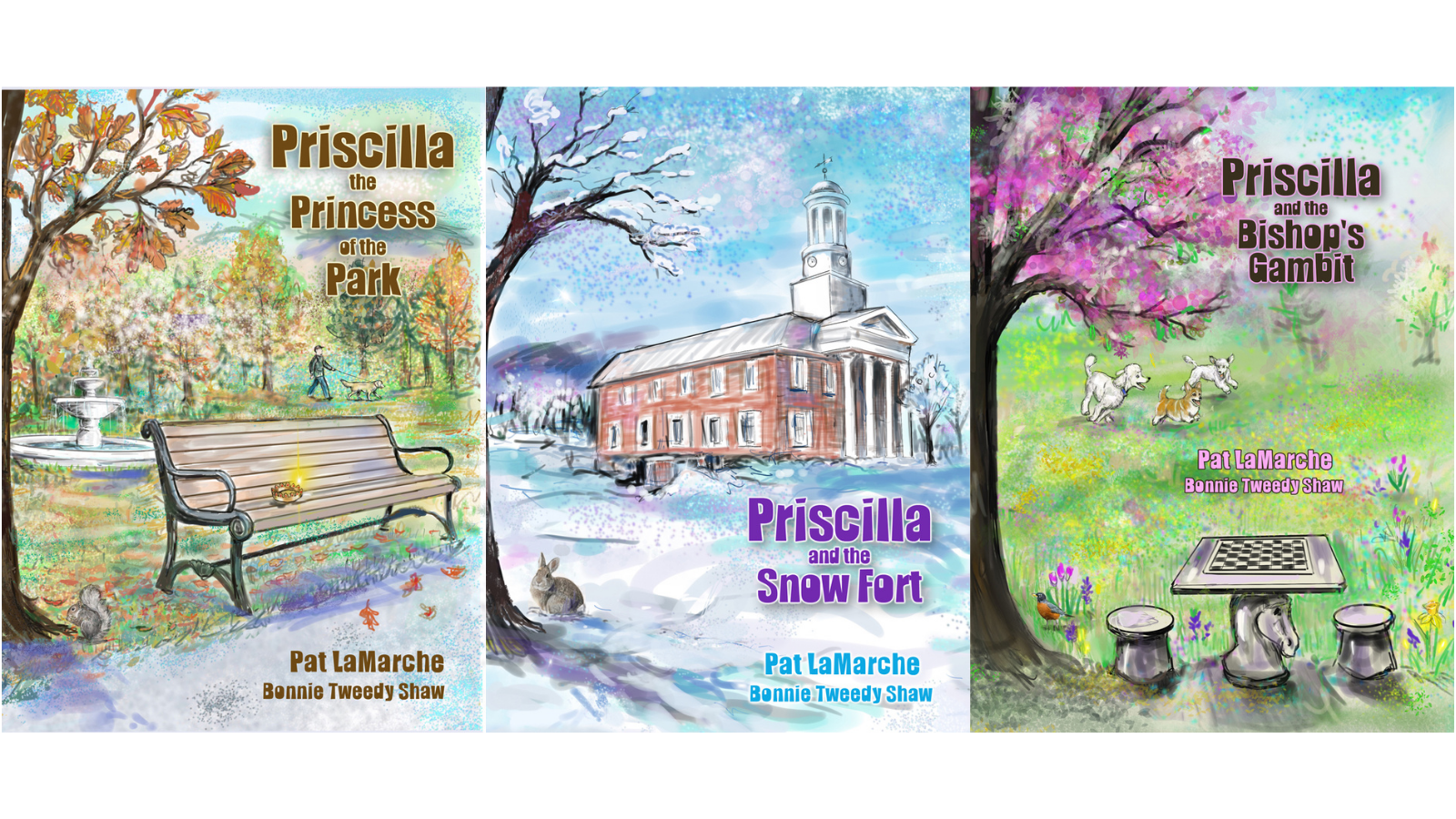 
LaMarche’s book series shines a light on the often understated humanity of homeless populations, emphasizing how the problem is the result of ineffective politics, not personal fault.

Her latest effort, a book series about an elderly homeless person sleeping in a public park, stars Priscilla and a motley group of children befriending her. They are very diverse, able-bodied and not, with an uncanny ability to look past Priscilla’s tattered clothes to see a wise and witty survivor who loves nothing more than a fake snack every Tuesday afterward. -midday. Charming and cunning, Priscilla is an unlikely teacher, but by sharing her life experiences, she reverses the stigma associated with housing insecurity and improves understanding and empathy for everyone she meets.

“I am a daughter of Irish immigrants,” said LaMarche Mrs. “My grandmother left Ireland because her family couldn’t feed her, so I grew up knowing firsthand the impact of hunger and poverty.”

Indeed, LaMarche attributes to his education the motivation of his work to fight against the harmful effects of the shortage. Her first effort, she says, dates back to the late 1980s when she volunteered at a homeless shelter in Bangor, Maine. “I was a broke single mom, but I cooked dinner for the residents once a month,” she said.

In the decades that followed, LaMarche’s commitment never wavered, and she not only worked as a direct service provider in several shelters, but also served as a social justice reporter. Whether on the radio or in the print media, his news broadcasts have been singularly focused on the struggles of low-income people.

LaMarche also campaigned for public office. As running mate of 2004 Green Party presidential candidate David Cobb, she says she wanted to use that year’s election to elevate national social issues.

“I was doing a radio show in Maine in 2003 and one morning as I was driving to work I heard Democratic presidential candidate John Kerry tell a reporter he would be ready to appoint judges. anti-choice in the judiciary. That was it, “she recalls.” David had harassed me to run for vice president and after Kerry threw me and all the other women in America under the bus, I ‘said’ yes’. It was high time to talk about the issues that mattered.

Nonetheless, LaMarche told Cobb his candidacy was conditional. “I made it clear that I wanted to stay in homeless shelters throughout my travels and use my candidacy to tell people’s stories and highlight the conditions I saw.”

After the election, LaMarche turned to the detailed journals she kept throughout the campaign. These stories formed the basis of his first book, Left Out in America: The State of Homelessness in the United States, published by Sunbury Press in 2006.

Shortly after the book’s publication, LaMarche moved from Maine to Carlisle, Pa., Where he was offered a job at a shelter. It only lasted a few years. “I am an empath,” she said. “I had witnessed so much abject poverty, so much systemic cruelty, that I had to walk away, but I needed the money so I accepted a job as a waitress in a cafe in the city. . ” It quickly became what she calls her “downtown office”.

“The homeless knew how to find me there and the restaurant let me feed them,” she said. “But there was a woman who never entered. She slept in the square and was told that even if the police harassed her, she would not budge. Her name was Priscilla and for me she became Priscilla, the princess of the park.

Unlike the titular Priscilla of the book series, LaMarche reports that the real Priscilla is now in social housing. There are some similarities, however. “The real Priscilla has a lot of fears and a lot of rage. I mean, it’s hard not to be frustrated with some of the bureaucratic nonsense – black and white rules that are insane and punitive – that every poor person encounters.

Namely: in Priscilla and the Bishop’s Gambit, Ken, a homeless single father of twins, learns that because he became homeless before the COVID-19 pandemic, he and his children are not eligible for financial assistance. Worse yet, he is threatened with losing his children after a well-meaning stranger informs child welfare authorities that the family are living in their car.

“Not including the pandemic seemed ethically irresponsible,” said LaMarche, “COVID has been difficult for everyone, but absolutely everything has become 1000 times more difficult for people with no permanent place to live and I wanted to illustrate some of the challenges that they were confronted. . I also wanted to stress that poverty is not a reason to remove children from the care of loving caretakers. “

After that statement, LaMarche took a moment to pull himself together, then continued. “Losing your home is nothing compared to losing your family. A few years ago, I met a mother and her son who had escaped domestic violence with only the clothes on their backs. They told me many times that they were filled with gratitude that they didn’t have to get lost to get to safety.

That statement stuck with LaMarche and she says every character in the books is an amalgamation of people she’s known and conversations she’s had.

“The Priscilla in the books embodies the characteristics of about seven different people,” she said. “I want her to be a nice, but angry spokesperson. She doesn’t easily trust people, especially adults. I hope it helps readers understand that poverty is the reason for homelessness. Period.”

As for her target audience, LaMarche says she hopes children as young as eight will read the books with their parents, guardians, grandparents, teachers or other trusted adults.

“At least 1.5 million school-aged children live without permanent housing,” she said. “Children with housing difficulties usually don’t see themselves reflected in books and I hope the series helps them understand that they are not the only ones going through hard times.”

Getting books into fourth- and fifth-grade classrooms, as well as school and public libraries, she says, is a gargantuan task, but she hopes people donate copies to programs in their communities.

“You never know which story is going to make someone’s heart spin,” she said. “I hope people read Priscilla’s books and be motivated to get involved in the fight for social justice, housing justice and equity for all.”

The Priscilla series includes: Priscilla the princess of the park; Priscilla and the Snow Fort; and Priscilla and the Bishop’s Gambit. All are published by the Charles Bruce Foundation; 100 percent of proceeds from book sales go to programs for the homeless. A fourth and final book by Priscilla will be released at the end of 2021.