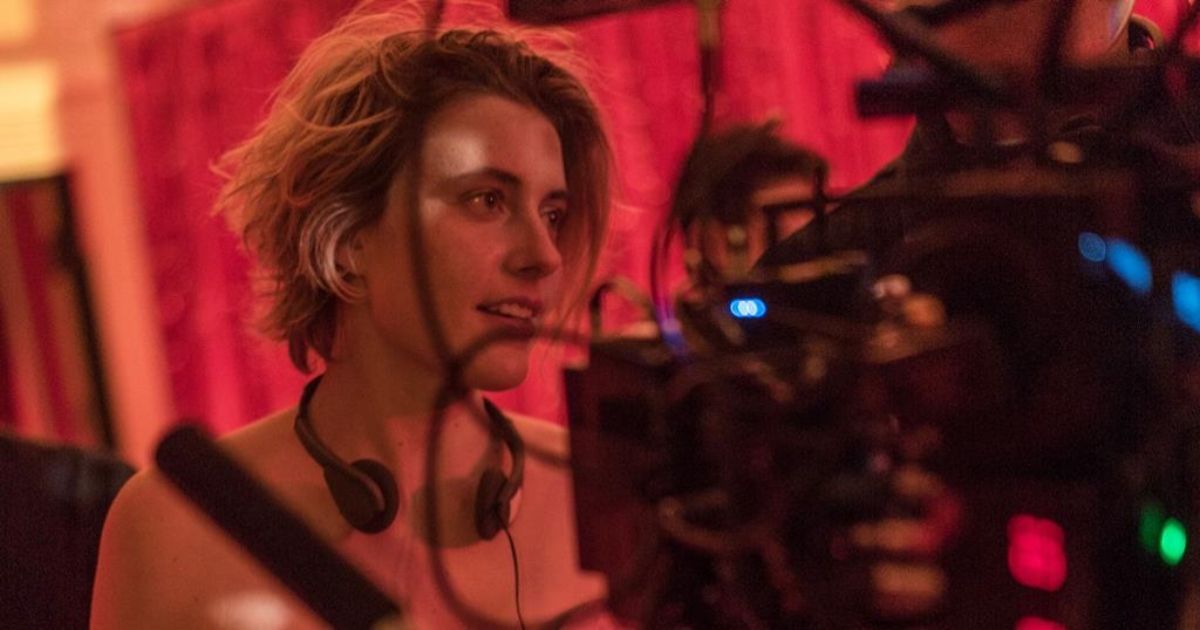 When you hear “Barbie”, what do you think of? The dream house and its accessories? Animated films broadcast on Nickelodeon? The notion of Girl Boss? Problematic body image and unnecessary sexing of toys? Whatever your association, Mattel’s most popular fashion doll will soon be associated with an unexpected name: Greta Gerwig.

At first glance, these two female icons seem diametrically opposed: Barbie has been accused of reinforcing sexist gender norms, while Gerwig has made films that challenge what films about young women look like. The screenplay was co-written by Gerwig’s frequent collaborator and partner Noah Baumbach. Baumbach’s films as writer/director deal empathetically but unsentimentally with dysfunctional intellectuals who struggle to reconcile their inner world with outer reality – a far cry from the world of Barbie and Ken’s wish-fulfillment.

VIDEO OF THE DAY

If those choices seem left field, that’s the idea. Producer and star Margot Robbie told Vogue that “people usually hear ‘Barbie’ and think ‘I know what this movie is going to be,’ and then they hear that Greta Gerwig is writing it and directing it, and they’re like, ‘Oh, well, maybe I don’t.'” This Barbie won’t be the character we’ve seen in the straight-to-DVD movies and the toy story movies. The character and the narrative will be radically redesigned by the unexpected collaborators that Robbie has surrounded himself with. It’s not just a toy screen adaptation: it’s Gerwig’s film.

With so many secrets, what can we expect next Barbie movie? Will Gerwig stick to the spirit of the toy, deliberately subvert it, or take an approach that reveals elements of the character we never realized were there? Below, we break down what we know about the film and how Gerwig might approach the material based on his previous work.

American businesswoman Ruth Handler based the iconic doll on Bild Lilli, a pre-existing German toy adapted from a comic book character. the Barbie The brand was launched in March 1959 by the Mattel company and marked a notable shift from toys marketed to young girls, which were primarily dolls. Rather than tapping into the role of mother, Barbie represented an adult figure that the child could relate to and project their notions of adulthood onto. The rest is history, with Barbie and her companion Ken becoming arguably the most iconic dolls of all time.

Not only did the original Barbie doll launch a franchise of dolls and related accessories, it has also become a major multimedia franchise that includes TV series, movies, video games and books. Through these iterations, the character has developed a unique personality: bubbly, independent, glamorous, prone to luxury, enterprising, and true to herself. She loves her boyfriend Ken, but things between the two aren’t always so smooth, and she’s her own person before she’s someone’s toy (so to speak).

The character has been praised and criticized in equal measure. On the one hand, Barbie represents a woman who realizes herself: she knows who she is, what she wants and lives her dream, but the character is not exactly a feminist symbol. The doll has been accused of reinforcing negative gender stereotypes and creating an unrealistic physical ideal. Barbie’s slender figure, fair skin and pastel fashion have defined what a beautiful woman “should” be for generations – something that for symbols of liberation is basically forbidden. There’s an undeniable hetero-normative element to the character, and if she represents any hallmark of feminism, it’s the dreaded White Feminism. Whether she likes it or not, Barbie is a hugely iconic figure, one of the most enduring images of femininity in popular culture — and it’s only a matter of time before she struts her stuff on. big screen.

Gerwig’s story is completely secret. We know Barbie and Ken will appear – but the world the film is set in and its basic plot remain unknown. In the media, Barbie has been placed in fantasy worlds, both in a genre sense (she is often interpreted as the princess in famous fairy tales) and in a psychological sense (her stories sometimes take place in the “real world”, but the world of Barbie is one of immense luxury and practically without financial worries). However, given Gerwig’s background in grounded character drama, it’s unlikely she’ll step into an unreal world.

Unlikely, but not impossible: Gerwig has only released two films as a sole director, and while there are similarities between the two, they’re quite distinct. It can’t be ruled out that Gerwig will turn to the unexpected – we know his cinema well enough to understand his fixations, but not necessarily how they will manifest. Barbie could be a big change of pace for her.

A Barbie The feature has been in development hell for years, and several drafts have been attached to it. More recently, Amy Schumer has attached herself to the film, with a screenplay by Hillary Winston. The plot would have focused on Schumer’s Barbie being exiled from Barbieville for her flawedness. However, Schumer clashed with producers: The directions she wanted to take the character in deliberately challenged the idea of ​​who Barbie is and what she stands for. It is unclear if any of the concepts from this script made their way into Gerwig and Baumbach’s.

Why was Amy Schumer’s Barbie rejected while Greta Gerwig and Margot Robbie’s got the green light? Will the new film take a safer, less feminist approach to the material than Schumer intended? Given what we know of those involved, the answer is probably no. The movie’s happening can probably be attributed to Margot Robbie’s star power and Greta Gerwig’s recent win streak as a writer/director.

Greta Gerwig will direct the Barbie film from a screenplay she co-wrote with Noah Baumbach. Margot Robbie will star as the eponymous character, with Ryan Gosling as her Ken. Other cast members include America Ferrera, Simu Lu, Kate McKinnon, Alexandra Shipp, Emma Mackey and Saoirse Ronan (star of Gerwig’s lady bird and Little woman).

Robbie is producing the film through her production company LuckyChap, which she founded with Josey McNamara and Tom Ackerly. The company has already produced a handful of successful films, including Me Tonya (2017), Promising young woman (2020), and Birds of prey (2020). LuckyChap’s mission is twofold: to produce movies that seem too dangerous or offbeat for other companies to green light, and to support movies with strong women behind and in front of the camera.

Robbie and LuckyChap’s involvement indicates the direction of the film: their interest in the Barbie character undoubtedly stems from her decidedly “girly” approach to success and independence. Fictional women meant to be taken seriously are frequently masculinized or have their femininity minimized; Barbie is proudly feminine and does not see this femininity as contrary to her success. The more toxic elements of the character (for example, her very particular and arguably exclusive definition of femininity) will likely be downplayed or outright subverted.

Barbie, as we know her, isn’t the kind of character you’d expect to see in a Greta Gerwig movie. Gerwig’s characters are often clumsy, ambitious, clumsy outcasts. The two Lady Birds in lady bird and Joe in Little woman fumbling confidently (an oxymoron, but one that makes a lot of sense in Gerwig’s art), saying exactly what they’re thinking, almost hoping to piss people off. It’s a far cry from the friendly, popular, and conventionally beautiful character of Barbie. What prompted Greta Gerwig to enter the world of Barbie?

For all the superficial conflicts between Gerwig’s ideals and Barbie’s, there’s an overlap between the director’s interests and the character’s world. There are many things you can say about Barbie; that it lacks ambition is not one of them. A business executive with a pilot’s license, the character clearly has interests and goals that go against the dumb blonde stereotype. Greta Gerwig’s films focus on female ambition: the pursuit of success despite overwhelming odds and the overwhelming feeling that no one believes in you. These struggles for success (or just “something more”) intersect with social parameters: Lady Bird might not get into the colleges she hopes for because her grades aren’t enough to compensate for her lack of financial standing. his family ; Jo has to struggle to get her novel published because it centers on women and ultimately has to adjust the ending to include commitment, placing her main character more comfortably within social norms. These struggles are about self-actualization — and it’s this notion of adult self-determination that Ruth Handler harnessed with Barbie in the first place.

Although Gerwig’s leads tended to be eccentric, she perceptively dealt with more traditionally female characters in her work. Lady Bird’s rich and pretty friend could easily have been a two-dimensional archetype. She ends up ending her friendship with Christine because she lies about where she lives, but before that defining moment, she’s shown as someone smarter, funnier, and warmer than high school. . Bad girl the archetype tends to be. Most of the March sisters of Little woman act in more traditional gender roles, and Gerwig treats their choices and struggles with respect. Barbie will be a different type of protagonist, but not one that Gerwig doesn’t understand.

Gerwig is also an ideal choice because his films, in particular lady bird, explored the insecurities and complexes that Barbie’s character has been accused of reinforcing. Lady Bird is slim in stature but is insecure about her weight and even jokes about wanting an eating disorder; these remarks often occur when she is in the same frame as her best friend Julie, whose morphology and weight are much more stigmatized than those of Christine. There is an implicit critique of the shame young women feel about their bodies and how this shame can be transmitted by those who experience it. Because of this realization, Gerwig is unlikely to reinforce the more problematic aspects of Barbie.

Barbie is slated for release in 2023.