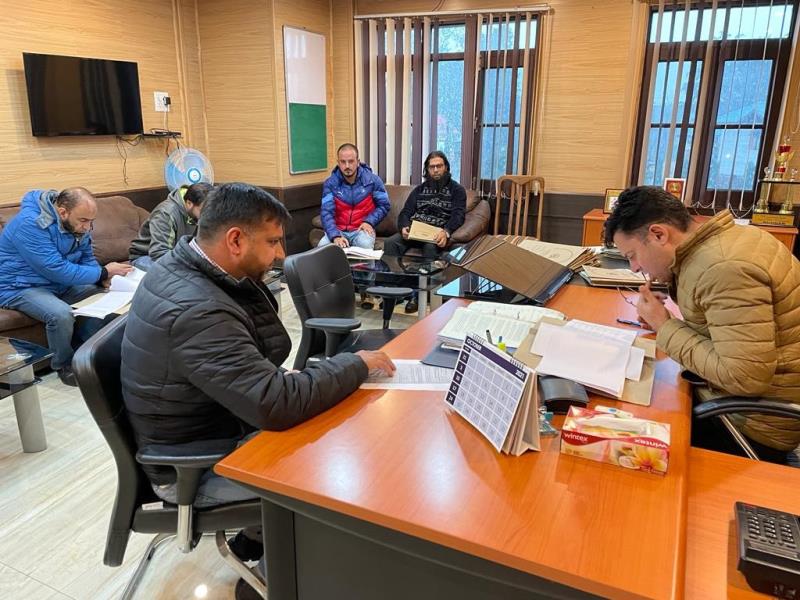 No less than 39 cases of candidates trained by the Institute under the Himayat Self-Employment Program (HSES) and 10 candidates trained under the NMDFC were submitted to the Steering Committee for consideration and necessary approval. All cases approved for Low Rate Loan Facility under NMDFC Term Loan Program, Ministry of Minority Affairs, Government of India.

An amount of Rs. 2.69 crore as the estimated cost for these 49 self-employment / entrepreneurship cases has been approved by the steering committee, which includes the term loan component of 78.838 lakhs and a working capital of 190, 86 lakhs.

These cases were approved for various activities in the service, manufacturing, trade, handicrafts and agricultural allies sectors undertaken by the applicants in all districts of the Union Territory of Jammu and Kashmir.

It was decided during the meeting that the focus will be on priority sectors, in addition to the focus will also be on high employment potential sectors (HEPS) under the programs implemented by JKEDI.

During the meeting, the director JKEDI called for a rapid disbursement of subsidized loans in favor of the candidates whose files have been approved after having completed the legal formalities so that they can start their business.

Waseem Ahad, Head of the Startup Funding Center, Zahid Ali Dar, Head of the Himayat Program and officials from the relevant vertical sectors of the Institute attended the meeting.