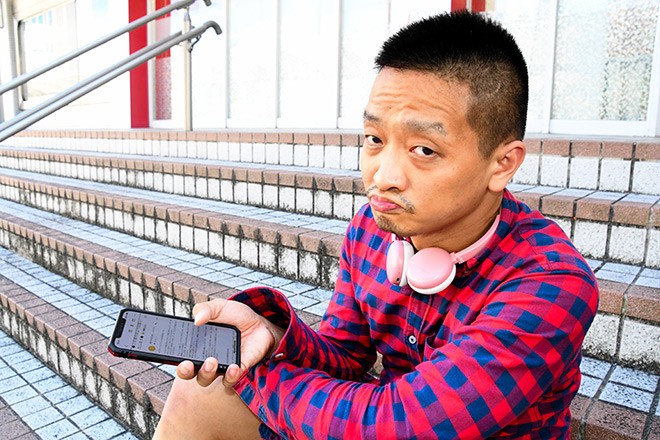 Ariel Ling-chun Liu was shocked to find that he and his same-sex partner were not eligible for the reduced Japan Railway (JR) couples pass.

When Liu, 37, asked if he could buy the special rail pass for married couples, he was rejected on the grounds that he and his partner, who had their same-sex partnership officially certified by their local government, were not not a man and a woman.

He detailed his story on Twitter and it has been retweeted nearly 4,000 times.

Liu, who is from Taiwan and teaches Chinese and gender issues at Sagami Women’s University as a part-time lecturer, started living with a 52-year-old Japanese man in Aichi Prefecture l ‘last year.

They received their partnership certificate from their municipality in April this year.

They wanted to take advantage of JR Group’s Special Couples Pass, which gives passengers access to first-class cars on almost all JR lines.

The pass is available to couples whose combined ages add up to at least 88 years old. JR’s website says buyers “must present official documents to prove their age.”

Although they met the requirement, with their total age reaching 89, Liu worried whether the package included gay couples. So Liu contacted East Japan Railway Co. (JR East) via its website in mid-June.

The service representative told him that the special rail pass only targets “couples consisting of men and women”.

“My impression (of the company) was that it provides knowledgeable customer service,” he said. “We too have the right to enjoy a little happiness.

For five years in a row, JR East has won the gold award as part of the LGBT pride system donated by a sexual minority advocacy group. The train company won the awards for its work supporting the LGBT community.

In response to an inquiry, JR East told The Asahi Shimbun that the pass was “not sold to same-sex couples as their marriages are not legal at this time”.

But he acknowledged that men and women living in common-law relationships are eligible.

“These couples are virtually the same as legally married couples because they live in the same households,” JR East said. “If they submit marriage notification forms, they will be approved. This means they meet our criteria for pass users.

The company said six JR companies will review a person’s individual situation and whether they can provide a solution.

After Liu posted her story, social media users debated the issue and posted negative messages as well as messages of support.

One commenter insisted that “people recognized under a partnership certificate should be allowed to use” the pass, while another said it was only natural that Liu’s request was rejected since the pass “targets husbands and wives”.

Same-sex marriages were legalized in his native Taiwan in 2019, a first in Asia.

Until recently, Taiwanese could not marry people from countries whose legal systems did not recognize same-sex marriage.

But a Taipei court ruled on July 21 that “not approving same-sex marriage in accordance with the Japanese framework would constitute discrimination and go against the Taiwanese legal order.” The ruling stated that the marriage of a Japanese and a Taiwanese living in Taiwan should be registered.

But same-sex marriages remain illegal in Japan. Lawsuits have been filed against the government for compensation and claimed that the ban on same-sex marriage violates Section 14 of the Constitution, which guarantees equality for all.

In March last year, the Sapporo District Court ruled that a Civil Code provision that rejects same-sex marriage is unconstitutional.

The Osaka District Court, however, ruled in June 2022 that the Civil Code was compatible with the Constitution. He argued that the differences between same-sex couples and opposite-sex couples “have diminished to some extent” amid the spread of civil partnership schemes.

But Liu said the Osaka court failed to recognize that a “range of rights are not guaranteed to us in many cases in real life”.

He said homosexuals are often denied visits to their partners when they are hospitalized in municipalities that do not certify same-sex partnerships.

“It is not true that people’s mentalities can be changed by legislation, but discrimination should not be accepted,” Liu said.

“A law recognizing same-sex marriage is essential to protect our lives. I would like to see a society where no one will be abandoned.

A joint survey by Shibuya Ward and a non-profit group called Nijiiro Diversity showed that 223 local governments had introduced partnership frameworks nationwide as of July 1 this year, covering more than 50% of Japan’s population.

While 3,168 couples have been recognized under the partnership systems at the end of June 2022, the certificates are not legally binding. This means that inheritance rights and joint custody of the children are not guaranteed to them.

In the meantime, some private companies offer programs and specials aimed specifically at the LGBT community.

Policyholders of an insurance product may receive benefits when their gay partner dies. Japan Airlines Co. and All Nippon Airways Co. also allow same-sex couples to share their frequent flyer program points, as do married couples of the opposite sex.

Hurry up! Apply for 20 positions until August 26; Check the pay scale here