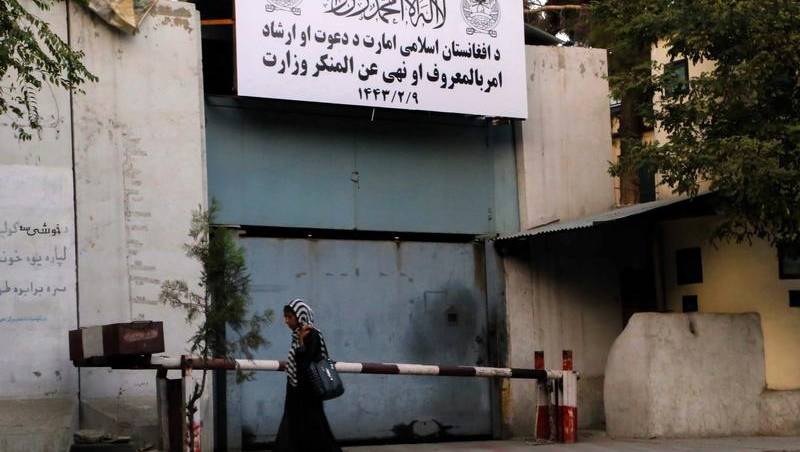 The acting mayor of the Afghan capital said many female workers in the city have been ordered to stay at home by the country’s new Taliban leadership.

Hamdullah Namony told reporters that only women who could not be replaced by men were allowed to report to work.

He says that includes skilled workers in design and engineering departments as well as female public toilet attendants.

Namony’s comments on Sunday were another sign that the Taliban are carrying out their tough interpretation of Islam, including restrictions on women in public life, despite their initial promises of tolerance and inclusion.

During their previous regime in the 1990s, the Taliban denied girls and women access to school and work.

The mayor said that a final decision regarding the employees of the Kabul municipal services is still pending and that they will receive their salaries in the meantime.

He said that before the Taliban took control of Afghanistan last month, just under a third of the city’s roughly 3,000 employees were women who worked in all departments.

Meanwhile, the Pakistani prime minister said he had “initiated a dialogue” with the Taliban to urge them to form an inclusive government that would guarantee peace and stability not only in Afghanistan but also in the region.

Imran Khan tweeted on Saturday that he had taken the initiative after meeting this week in Dushanbe, Tajikistan, with leaders of countries neighboring Afghanistan.

The Taliban last week announced an all-male interim government that does not include any women or members of Afghan minorities – contrary to their earlier commitments to inclusiveness.

They have since also acted to restrict women’s rights, recalling their harsh rule when they were in power in the 1990s.

Khan says he had detailed discussions with Tajik President Emomali Rahmon on the sidelines of the Shanghai Cooperation Organization meeting in Dushanbe.

The economic and security group is made up of China, Russia, Kazakhstan, Kyrgyzstan, Tajikistan, Uzbekistan, India and Pakistan.

“After meetings in Dushanbe with the leaders of Afghanistan’s neighbors and especially a long discussion with the President of Tajikistan Emomali Rahmon, I began a dialogue with the Taliban for an inclusive Afghan government including the Tajiks, the Hazaras and the Uzbeks, â€Khan said in the tweet.

“After 40 years of conflict, this inclusiveness will ensure peace and a stable Afghanistan, which is in the interest not only of Afghanistan but also of the region.”

Khan did not say what form his dialogue would take or develop his plans.

Irene Hale became one of the first female Elks

Jeans, hijab or whatever – No one, including Dr Pervez Hoodbhoy, should judge women on any garment – Commentary