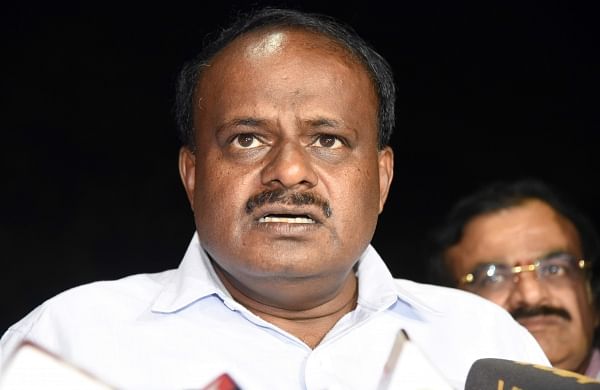 BENGALURU: Chief Minister HD Kumaraswamy on Friday called the Union budget “cotton candy” offered to farmers ahead of the elections. Slamming BJP leaders, including the prime minister, who had called his government’s farm loan waiver a “lollipop”, the CM said that if the farm loan waiver was a lollipop, the direct cash transfer scheme is like cotton candy.

“People expected a lot from the budget, but it is very disappointing and there is no clarity on the programs,” the CM told the media.

“It’s an election budget, and we don’t have to take it seriously because the government could change in the next few months. Moreover, the draft budget appears to have been prepared by RSS or BJP leaders, not by finance department officials,” he said.

Referring to the direct cash transfer scheme, one of the key announcements in the budget, the CM said that even if the scheme is implemented, 59 lakh smallholder farmers in the state will only get Rs 3,579 crore, which is nothing compared to Rs 48,000 crore. agricultural loan waiver and other subsidies provided by the state government.

“Farmers will get about Rs 1,250 per acre,” he said, adding that similar schemes in states like Telangana and others are providing greater financial assistance to farmers. The CM said it expected a push for the Bengaluru commuter rail, but that too was not in the budget.

“There is nothing in it.”

Bengaluru: Industry bodies and state experts have welcomed the budget proposals, which they say are largely centered on the middle-class agricultural sector and will also boost the real estate sector. The extension of the affordable housing tax deduction for one more year and the non-imposition of taxes on the fictitious rent of unsold apartments for up to two years will bring great relief to the real estate sector, which has great potential for growth. employment, said Federation of Karnataka Chambers of Commerce. and Industries (FKCCI) Chairman Sudhakar S Shetty.

The Karnataka Small Industries Association (KASSIA) has welcomed the announced interest subsidy for loans to small and medium enterprises (SMEs) of up to Rs 1 crore.

“We also welcome the decision to allow companies with an annual turnover of less than Rs 5 crores to file GST returns once every three months,” said Basavaraj S Javali, Chairman of KASSIA.

“Although the proposal looks like a roadmap for rural and urban economic development, the upcoming budget in July will bring more clarity,” he added.

Thinking of borrowing money from family and friends? Follow This Etiquette – The New Indian Express