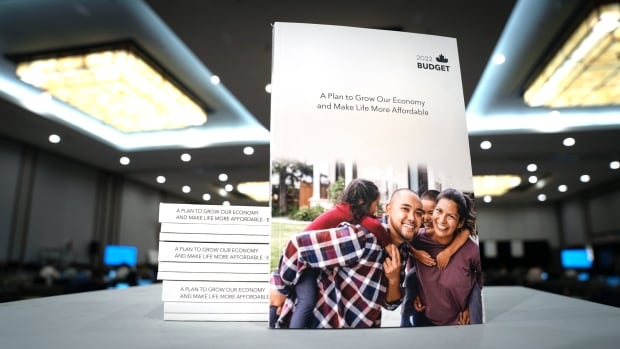 The Liberal government has made gender equality a top priority, but its latest federal budget benefits men more than women, as many spending initiatives target male-dominated sectors.

Only a considerably smaller share, around 14%, will directly or indirectly benefit women.

“This relative disparity reflects the fact that men are overrepresented in some sectors benefiting from many climate- and infrastructure-related measures in this budget,” the report said.

“While these measures will ultimately benefit all Canadians, the workforce in these sectors is overwhelmingly made up of men who, in turn, will indirectly benefit from the increased economic opportunities associated with these investments.

According to the report, changes to the construction and clean technology sectors will indirectly benefit from the expansion of the Low Carbon Economy Fund, which will invest up to $2 billion in green projects. Likewise, the agricultural sector, another male-dominated industry, will benefit from the expansion of the clean agricultural technology program, which hopes to foster the changes needed to achieve a low-carbon economy.

The report also notes that while it could be argued that increased defense could benefit all Canadians equally, the country’s military is still predominantly male.

In an interview to be broadcast on Rosemary Barton live On Sunday, Deputy Prime Minister and Finance Minister Chrystia Freeland defended the budget tabled Thursday, pointing to the $30 billion the Liberal government is spending on early learning and child care.

“This budget is the second year of Canada’s groundbreaking early learning and child care program,” she said. “In fact, we tabled this budget less than two weeks after reaching an agreement with the last Canadian province to join us. So I would say without hesitation that this is a feminist budget.

But men win in other ways. As the report notes, they continue to have higher average incomes than women. This means that more people are able to afford zero-emission vehicles and can thus benefit from certain incentives.

Lack of gender parity also plays a role, with some male business owners and shareholders benefiting from various tax credits.

“This highlights that gender segregation in the workforce and an imbalance in control and ownership of resources are still prevalent in Canada,” the report said.

Since taking office, Prime Minister Justin Trudeau, a self-proclaimed feminist, has long spoken of the goal of leveling the playing field between men and women.

To this end, he was the first Prime Minister to appoint a joint cabinet, even though these feminist references have been criticized in recent years.

Frances Woolley, an economics professor at Carleton University specializing in gender and intra-household inequalities, says gender analysis plus, an analytical process used to create budgets, aims to explore the impact of policies on various groups.

“Of course, sometimes in the end a government will end up adopting a policy that benefits men more directly than women,” Woolley wrote in an email. “Indeed, it will happen almost every time a government decides to increase defense spending, for example.

“It will also happen when a government decides to devote resources to policies that reduce school dropout rates or prevent prostate cancer.”

Measures benefit women in some ways

She says it is important to understand all the implications of a policy for various communities before adopting it and that policies should be as inclusive as possible.

And while the budget appears to disproportionately benefit men, it does benefit women in some ways, according to the federal report.

“Women make up nearly eight out of ten dental workers and should therefore indirectly benefit from investments in dental care for Canadians,” he says. “Other Budget 2022 measures include elements that will achieve greater gender equality over time.”

The federal budget is important to stimulate housing supply, but does it go far enough to make homes more affordable? We ask Finance Minister Chrystia Freeland. 9:33

Women have also made progress in other areas: 47% of heads of mission were women in 2021, up from 32% in 2015. Heads of mission include ambassadors, high commissioners and consuls general.

Woolley says that, overall, government spending tends to help women, noting that the majority of workers in health, education and public administration are women. She said a progressive tax system where people with higher incomes pay more also helps since, as mentioned, more men tend to have higher incomes and therefore pay a substantial amount of tax.

“So the fact that there were a significant number of new initiatives benefiting men in the last budget does not change the fact that the overall budget package – including already existing spending programs and taxes – benefits women. as much, if not more than, men,” Woolley said.

Ifeoma Monye: “If women are respected at home, it will spill over into other aspects of life” | The Guardian Nigeria News