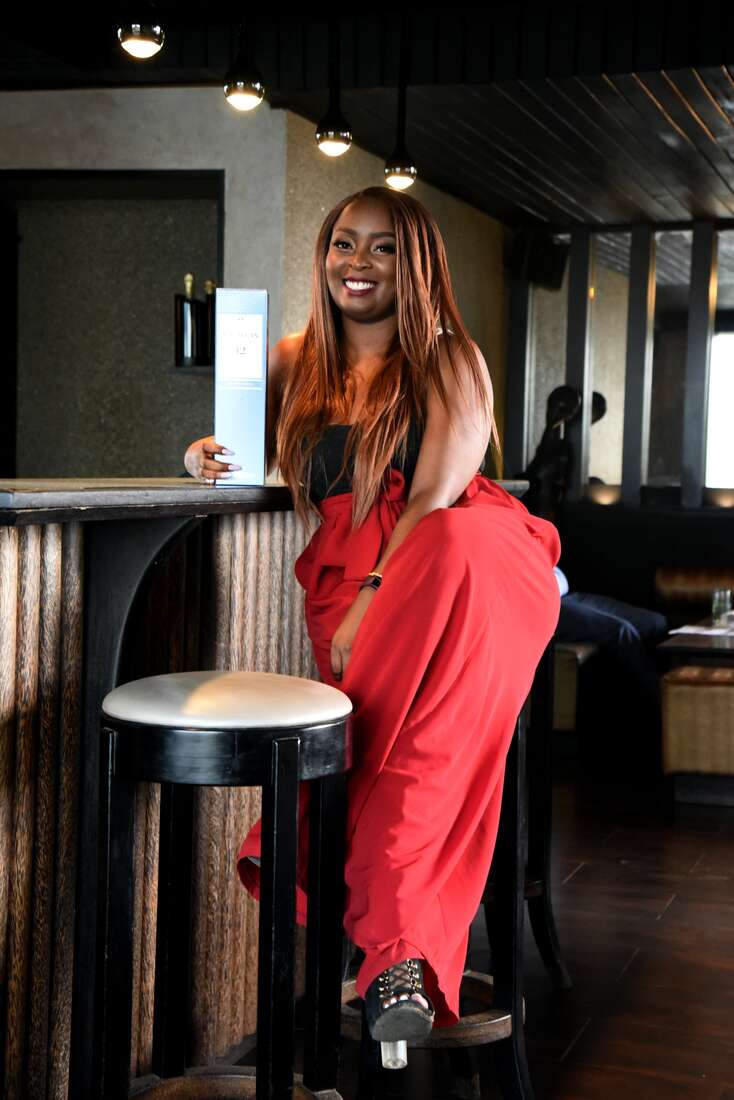 The first time Sherlyne Muita tasted whiskey, she was around 20 years old.

“It was at a party in New Zealand where I was studying for my bachelor’s degree in business management, before moving to Italy to do a master’s degree in brand management and communication,” she says, sitting down. on a high stool at the Sankara Hotel in Nairobi. .

It’s around 4:30 p.m. on a Tuesday and Sherlyne isn’t about to end her day. She has another meeting to talk more about alcohol, before planning another one the following evening to teach drinkers how to enjoy single malt Scotch whiskey and differentiate the taste of an 18 year old double cask from a triple cask. of 12 years and the Double honey-amber colored barrel 15 years of age.

She is part of a new generation that challenges stereotypes of whiskey consumption and makes a career in alcohol. After graduating at age 23, she worked with international alcohol brands like Campari and Diageo.

â€œAnd now I’m at Macallan under Edrington,â€ she says of her new job at Macallan as a brand ambassador.

A whiskey and wine collector, she says she doesn’t just collect for her personal enjoyment.

â€œI just started collecting whiskey. I don’t collect it for myself. It’s for my daughter; she will be five in March. I collect every bottle created in 2017, because that’s when it was born, â€explains Sherlyne.

His love for alcohol was born from his travels.

â€œWhen you go to a whiskey bar, like the one I visited in South Africa, you see different whiskeys from different years, and I found myself saying ‘I want to try this one! “, she says.

She has tasted many different whiskeys brewed decades ago, and this is the richness of the whiskey that she wants her daughter to grow up in.

But why the whiskey and not the wine? When she worked in Dubai, she says, she felt left out of the boys’ club because she was young, in management and a woman.

â€œBefore, men used to say, ‘we go for whiskey, women are more interested in wine.’ And I would refute it. Part of trying to fit in with the boys’ club in Dubai had me sitting down with the big boys, discussing the deals on the table while enjoying a glass of clean whiskey, â€she says.

A few years ago, if you were to ask most people to consider a whiskey drinker, chances are a 35-year-old woman, married or single mother of a child, with college degrees and a taste for fine clothes, don’t be.

But now women are becoming passionate about whiskey. Sherlyne is part of a Women Who Whiskey club in Kenya, where drinkers meet for drinks or to learn about alcohol.

The Women Who Whiskey group is becoming popular because to participate in virtual tastings, few slots are available and they fill up in 30 minutes.

“I always tell women, walk into a bar and ask for your glass of whiskey, that says a lot about you.” It’s different from a woman walking into a bar and saying, ‘I want a glass of red, white, rosÃ© wine,’ she said, adding, ‘If you walk up to the bartender and are very specific about it. you want, ‘I want Macallan 12, not on the rocks. People will look at you differently, as a woman who understands what she wants. Confidence puts you on a different level.

Sherlyne may have tasted many whiskeys, but her favorite right now is a bottle of Macallan No.6.

” It’s very strong. It contains around 43 percent ABV [alcohol by volume]. I experienced it for the first time in South Africa and in Thami Banda [South Africaâ€™s Macallan brand ambassador and her mentor] looked at me and he said ‘girl, you drink this neat, you don’t even put on ice cream.’ And I was like ‘I love the taste!’ The moment I put ice in it, it’s going to ruin the whole texture of # 6. It’s a series, edition one to six, â€she says.

Loving whiskey is different from overeating it, and few people know the difference. So how does she control her consumption, especially if her favorite drink is 43% alcohol by volume?

â€œOnce you’ve had a double, drink two glasses of water. You know your body, so stop at two drinks or two doublesâ€¦ â€she said.

Overindulgence has been a problem for some during the Covid period as they work from home.

â€œWe know we’re going through tough times, but you’re not trying to get addicted to alcohol. You drink to enjoy it, you feel relaxed. There are times when you’ve had a long day, and you just have to pour yourself a double shot, sit on a couch and listen to Frank Sinatra. No disturbance. You don’t drink too much, â€she says.

As a Macallan brand ambassador, she is hoping for a happy new year and wooing new drinkers.

How to drink a Macallan? â€œYou have to smell it first. Put a drop on your hand, once the alcohol has rubbed off, smell the ingredients like citrus, to understand the flavors. If you sip whiskey and grit your teeth, you’ve missed a step. What you need to do is take it, sip it, swirl it around, swallow it, and breathe out through your mouth. This takes away the harshness so you can enjoy what’s left in your mouth, the fruity flavors of the whiskey. It’s not just about spinning a glass to spin a glass, â€she says.

As a brand ambassador, she aims to appeal to female drinkers, and the reception has been good.

The Macallan 12 triple cask, she says, is an easy entry point especially for women and it’s also perfect for cocktails.

â€œOnce you organize tastings for them at their favorite outlets, they will become your loyal fans, because they will finally be like a woman teaching us whiskey,â€ she says.

Although she is among the few in Africa, Macallan Ambassadors are women. Three out of five women are in Africa.

â€œIt’s a male-dominated world but as a woman you have to stand up and say ‘look, I’m here too, I have a brand that I want to talk about too,â€ the 35-year-old explains.

Does his family laugh at his career?

“No. Every now and then I drink with my dad. My mom accompanied me on this trip. I guess because they’re in the business they thought I was following in their footsteps,” she says.