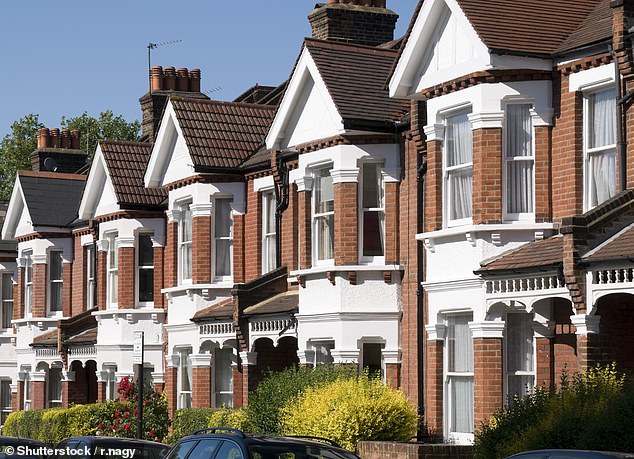 Borrowers who took a loan repayment ‘holiday’ at the height of the coronavirus crisis are struggling to get mortgages despite assurances that the breaks would not affect their credit score.

Sources told the Mail on Sunday that banks were turning away customers who had taken payment holidays on home loans, credit cards and car finance, months after the government and credit agencies said it would have no impact.

The sources said applicants were often able to get an interim loan agreement from a bank, but were then rejected by the bank’s credit checkers for fear that they were unreliable borrowers.

Suffering: Many customers experience difficulty when trying to take out a mortgage or remortgage with a new lender

Business Secretary Alok Sharma said in March that the banks had negotiated the rules on payment interruptions with the financial watchdog and would not affect a customer’s credit rating.

He said at the time: ‘The FCA (Financial Conduct Authority) has been discussing this issue with banks and lenders, particularly those who may need to delay payments on credit card bills. And I think the advice that’s been given is that any changes should be properly documented and it shouldn’t affect your credit score.

Credit agency Experian also reassured customers that they would not be affected by taking advantage of the general payment freeze.

Jonathan Westley, chief data officer at Experian, said in a statement in March: “Many lenders are offering payment holidays or other arrangements to help people who have been impacted by the outbreak.”

He said Experian – along with credit agencies TransUnion and Equifax – “will then make sure the deal is reflected in your credit reports so your score is not affected by a payment holiday you agree to” .

But now many customers are struggling months later as they attempt to take out a mortgage or remortgage with a new lender.

A mortgage industry source admitted questions were being raised about those on government support schemes, saying: ‘Banks are asking if people have taken payment holidays or are on furlough.’

Another said: ‘It is reasonable for people looking to remortgage or change their mortgage to be asked if they have maintained their payments or if they have missed any payments. Individual lenders might view this negatively as a potential new borrower. They’ll say, ‘Well, this person chose to take a payment holiday, did they do it because they needed it or because they were lazy?’ This person might be less risky than someone who continued to pay their mortgage regardless.

But MP Siobhain McDonagh, who sits on the Treasury Select Committee, said: ‘When the banks were in trouble, the taxpayer was there for them. Now the taxpayer is in trouble – it’s time for the banks to step in and keep their promises.

“If they promised it wouldn’t impact your creditworthiness, you generally expect the government to tell the truth. When the banks weren’t processing business loans, the government was certainly able to put pressure on the banks, and you’d want them to do that for individual homeowners.

McDonagh plans to write to the chancellor to raise the issue this week.

Banking lobby group UK Finance said lenders would consider a “range of factors” before approving a loan. He urged consumers to check with their bank before taking a payment holiday.

A spokesperson for UK Finance said: ‘Under FCA rules, lenders must lend responsibly and consider the affordability of the mortgage or long-term loan. It would not be in the client’s interest to lend more than he can reasonably afford.

A Treasury spokesman said: “The FCA has made it clear that payment holidays should have no long-term impact on people’s credit ratings – and that where further help is needed, lenders must be clear about the possible implications.”

“I don’t see why they can’t fix that, it’s not impossible to change credit files when companies make mistakes.”

Some links in this article may be affiliate links. If you click on it, we may earn a small commission. This helps us fund This Is Money and keep it free to use. We do not write articles to promote products. We do not allow any business relationship to affect our editorial independence.

If your college closes permanently, do you still owe student loans?