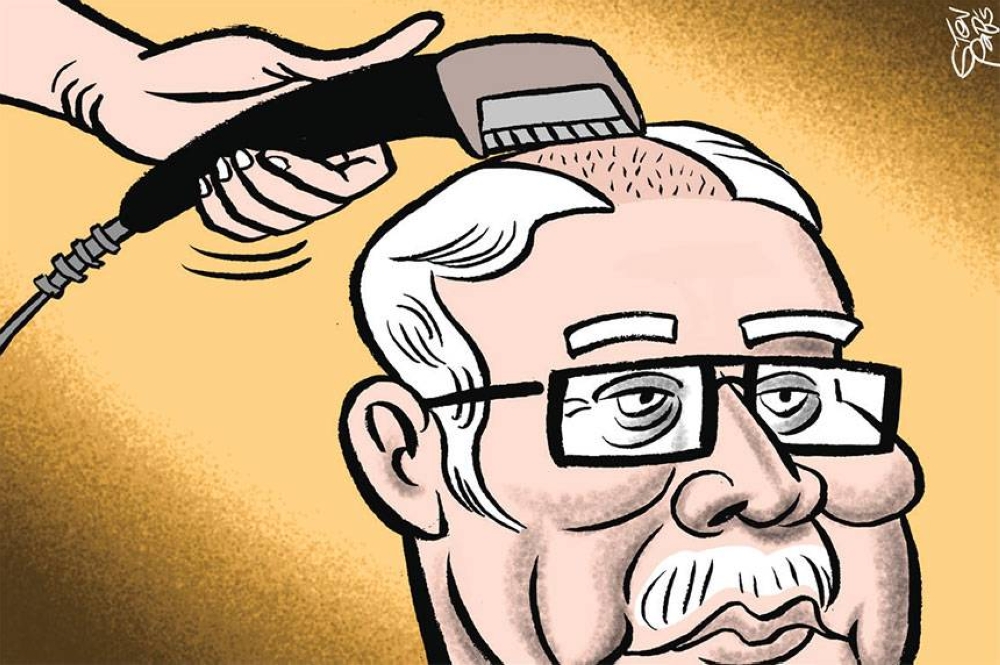 Najib down but not quite in Malaysia

KUALA LUMPUR: This was at first almost unthinkable for many Malaysians. Thus, Najib Razak finally went to prison. The former Malaysian prime minister has lost his appeal to the Federal Court – the Supreme Court of Malaysia – to overturn seven convictions for breach of trust, money laundering and abuse of power. The charges against Najib were linked to the ongoing series of scandals at 1Malaysia Development Bhd (1MDB), which has been called one of the largest known kleptocratic deals in the world. In 2020, the trial judge’s opinion and guilty verdict against Najib ran to over a thousand pages, the longest in Malaysia’s judicial history. The unanimous confirmation of the trial verdicts by the Court of Appeals a year later also ran to hundreds of pages. It is therefore not surprising that the five Federal Court judges, led by the Chief Justice, unanimously upheld the comprehensive findings of the lower courts.

What opened eyes or raised eyebrows, at least for many lay people in Malaysia, was the extent to which Najib’s legal team went to delay the inevitable Federal Court judgment. There were last-minute dismissals and rehiring of lawyers, attempts to introduce alleged new evidence, requests for more time to prepare their case, etc., which, although within legal limits, were aimed manifestly to prolong the period until the final judgment. When Najib’s lawyer repeatedly refused to present oral arguments, the court did not see fit to delay any further and entered an unfavorable judgment against Najib.

At this point, a disclaimer may be in order; I was Najib’s political secretary during his first term as prime minister. Of course, I was mostly dealing with political issues then and was unaware of the harms associated with 1MDB, let alone availing myself of ill-gotten gains. If I understood correctly from publicly disclosed sources, the 1MDB scheme was very clever. Strictly speaking, it was not entirely about people in power to have directly dipped into the national coffers and to have used them generously. In fact, there has been virtually no “loss” of public funds in the traditional sense. Instead, 1MDB, boasting of being a quasi-sovereign fund of Malaysia, has gone on a worldwide borrowing spree, repeatedly securing loans from some of the world’s most popular international financial institutions. more prestigious. The latter was ready to lend because the Malaysian government, under Najib as prime minister and finance minister, agreed to provide a sovereign guarantee (in a sense) for these loans. In other words, the Malaysian government with all its faith and credit has become the guarantor for these loans from 1MDB. But the loaned amounts, instead of being used for their intended, supposedly benevolent purposes, were redirected to offshore accounts, and almost instantly diverted to the nefarious ether. So when the loans are later called back by the financial institution, as is the case now, the Malaysian government, as the guarantor of the loan, will have to disburse public funds to service these loans. It was a devious but no less diabolical kleptocratic scheme of the first order.

Now that Najib is finally in prison, there have been at least two branching sets of widespread public reactions in Malaysia. For the more urban, more exposed and more progressive Malays, it was a day of reckoning, to finally see justice served after so many years of kleptocratic rule by Najib in particular, and the corrupt and oppressive rule of his party. in general. They see it in a sense as Malaysia finally and firmly saying no to corruption, in favor of a more reformist and cleaner political future. In this sense, it was rather ironic that at the time of Najib’s final verdict, another impending corruption scandal was emerging, involving the non-execution of the entity created for the national construction of littoral combat ships despite the payment of public funds. This happened during Najib’s tenure as prime minister.

Get the latest news

delivered to your inbox

But the aforementioned cohort of progressive Malays may be in a relative numerical minority. There are, on the other hand, those predominantly rural, conservative and less affluent Malaysians who continue to be strong supporters of Najib even after he has exhausted his legal remedies. For them, Najib’s fate is a classic case of political persecution by the then new reformist government, although Najib’s party has since returned to power. In fact, Najib’s support base, despite his misdemeanor conviction, is still so large that his party has decided to continue to stick with him instead of kicking him out, perhaps with the hope of co-opting large numbers. or all of its supporters. In recent years, Najib has embarked on a public relations campaign to rehabilitate his public image, presenting himself as the “Boss”, with slogans such as “What is [there] be ashamed?” He has traveled up and down the country campaigning for his party’s candidates and has been widely credited with scoring victories for them. It remains to be seen now that he is incarcerated, if he can still exude that kind of confident, commanding posture.

Najib can still request a review of the Federal Court’s decision, by a different panel of judges sitting in the same court, but that would be a very high legal threshold to cross. He could also seek a pardon or at least a commutation of sentence from the King of Malaysia. If fully pardoned, he will be able to engage in electoral politics again and, at least for now, no one is ruling out any of these possibilities – even the prospect of Najib once again assuming the post of prime minister. day. Either way, Najib will still be hauled from jail to court often for the foreseeable future, as he still faces numerous other 1MDB-related criminal charges, some far more serious than those for which he was convicted. So, Najib is not going to disappear from public view just yet, and with Malaysian politics changing rapidly these days, anything is possible.