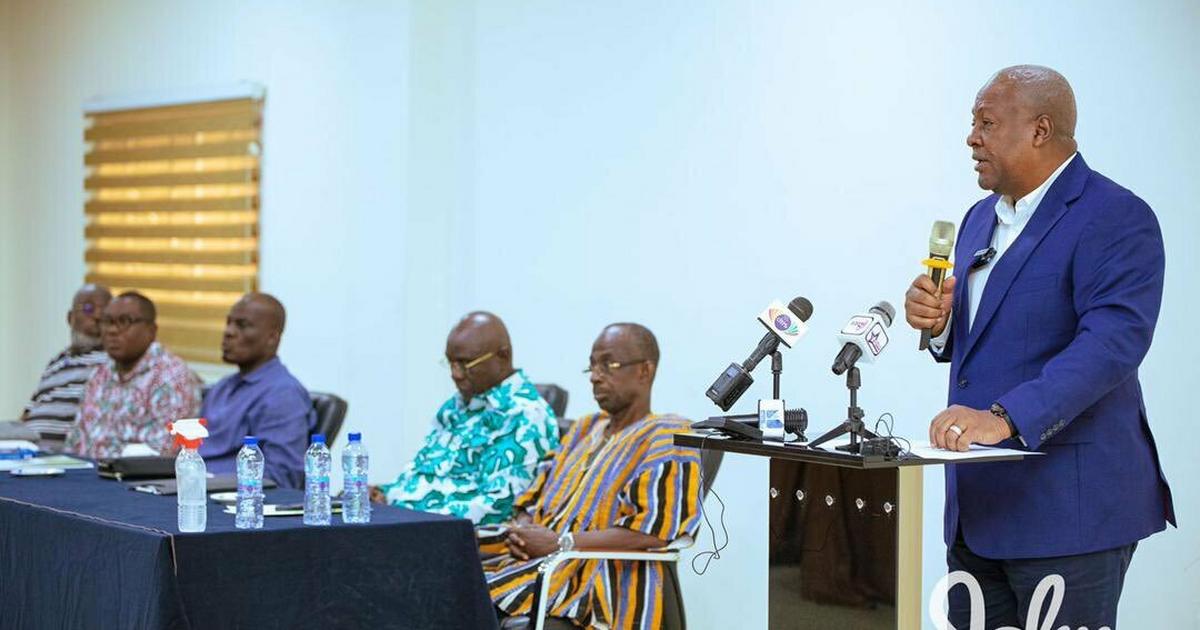 NDC will not support acquisition of $1 billion syndicated loan — Mahama

Making his position clear during the closing ceremony of a retreat for the minority in Parliament on Sunday, July 17, 2022, Mahama complained that Ghana is in an economic hole and it will not be prudent to continue digging with more loans.

“We do not believe that the existence of a crisis allows for even more reckless decision-making. Any decisions and policy choices made at this critical juncture could offer relief or exacerbate our problems and make recovery extremely difficult. We are in a huge hole, and we don’t need to dig any deeper,” he said.

The 2022 budget emphasized that an international financing program must raise at least $750 million, with an option to increase this by an additional $750 million for budget support and liability management.

Although the budget captured $750 million, a $1 billion loan deal is currently before the House.

A ranking member of the committee, Cassiel Ato Forson, said that “the budget says that within the year they will take out a term loan of $750 million. Why are you asking us to approve $1 billion? ”

In response to the development, Mahama insisted that until the terms of the $250 million loan element are renegotiated to make them “favourable” and the same reflected in subsequent budgets. , minority MPs will not support its approval.

“Our position on the $250 million component remains unchanged, as terms as unfavorable as the insurance payment of $40 million and total interest of over $80 million make it too expensive and contrary to economic interests. It is also not programmed in the 2022 budget statement,” he said.

Regarding the $750 million component, Mahama noted that after raising concerns, efforts were made to renegotiate the costs and terms, which now appear more favorable.

It is however unclear on the exact purpose of the loan.

Mahama said the NDC would only support its approval if “evidence of its use for specific growth-related projects leading to improvements in people’s lives is presented.”