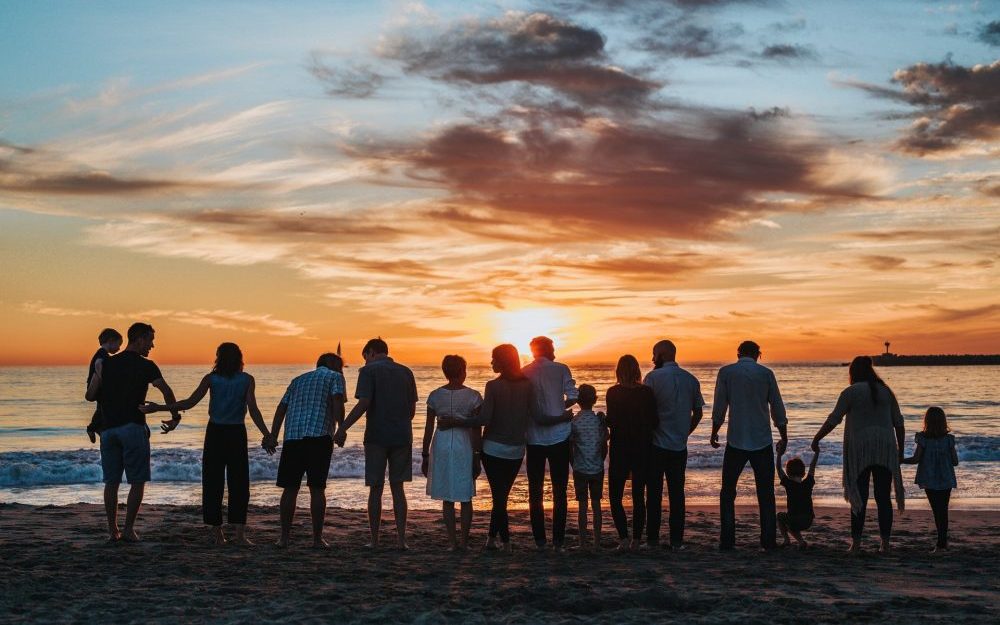 Family life is not perfect. Yet most of us would rather live with our families than without them. By family, I mean the context of origin of the people to whom you particularly belong. I also mean the people you currently live with through marital, community or more temporary commitments. Families are made up of an amalgam of materials: some genetic parts and some emotional, circumstantial, institutional or otherwise essential parts. Some family members are a given when you arrive on the scene. Others are chosen later by way of affection, adoption, religious profession, tragedy or subsequent interbreeding. Whoever makes up the group you call family, rest assured that they are unique in the world and blessed as they are.

Let me hasten to say that Pope Francis may not share this overarching definition in his 2016 Apostolic Exhortation. Amoris Laetitia (On love in the family). Then again, maybe he does. He certainly agrees that families aren’t perfect, which he reiterates several times in the document. He also emphasizes that pastors and family members must recognize this qualifying principle and leave all temptations of judgment at the door. The pope insists that families are blessed by God, whatever their composition. Family life is a school of love, and the lesson plan necessarily includes a great deal of forgiveness, patience, and compassion.

So if your particular family doesn’t fit the ideal presented to you as a child of what a good Catholic home should be, give yourself a break from the whippings. According to our tradition, the revered Father Abraham waited a century before receiving from the hands of God the family to which he aspired. And it turns out to be a twisted fabrication of his wife, Sarah, and his servant in bed, Hagar; disagreeing heirs Ishmael and Isaac; later, his wife, Keturah, and six other children who, like Ishmael, get the boot to firewall Isaac’s inheritance. Abraham’s offspring is a mess of a line that doesn’t shine exactly like the stars in the sky. As far as you can trace the biblical generations forward—through Jacob’s heaving tent of wives and children, King David’s six wives plus Bathsheba, and Solomon’s thousand-union harem—the ideal family has no lots of play outside of the gospel triad of Jesus, Mary and Joseph. And it’s not a normative nuclear family in any way you look at it.

So perhaps what makes a family worth fighting for isn’t entirely defined by its legitimacy in court or even, dare we say, the sacramental sniff test. I am not going to attribute this assessment to Pope Francis, who does his best doctrinally to toe the line Amoris Laetitia, affirming the traditional teaching of the Church on what makes up the paradigmatic family. That is to say: a strong sacramental union, maturely considered, of a man and a woman open to sharing their life with children in an exclusive, faithful relationship for life. This paradigm remains powerfully clear in this papal teaching and in all of them.

If we can bear for a moment to let go of fierce political posturing, many of us might agree that the paradigmatic family, living out its commitment in tenderness and mutual respect, is a good and fruitful context in which society, until to recently, has established itself. One can be socially progressive, committed to feminism, willing to recognize the complexity of human sexuality while acknowledging it. I grew up in such a family – more or less – and I have no regrets and much gratitude for its merits. Most of my siblings have attempted to recreate such a family for themselves, although many were devastated when the outcome was different.

Like I said, I grew up in such a family – with the “more or less” caveat. “More or less” because the pope is right that no family is perfect or ideal, even when it follows the ideal in a way that looks pretty good on the outside. The “tenderness” and “mutual respect” essential to the formula of a healthy family were not always emphasized in my original Catholic home. I also noted earlier that what makes a family worth fighting for is not “entirely” contained in legal or religious certifiability. We all know people who can produce all the right documents about their domestic situation and who still reside in haunted houses filled with loneliness, wickedness, terror and destruction. This is why Pope Francis insists on the need for tenderness, kindness and mutual respect for the dignity of all its members as emblematic ingredients of family life. Too often, ecclesiastical authorities and faithful Catholics defend the forms of marriage while turning a blind eye to its substance.

By admitting it in advance and repeatedly, Amoris Laetitia defends the traditional ideal while imploring pastors and family members to recognize that many family structures do not imitate it and that their members should not be punished for it. Grace seeps through the cracks of every situation, no matter how off the books it may be. Believers are meant to help each other discover, celebrate, and sustain the holy work of grace that operates among us. We might prefer that every family looks like a nursery scene, all ‘Silent Night’ and ‘Joy to the World’. But sometimes children tell stories more like Cain and Abel, and the soundtrack of domestic life is louder than hymnodical. The pope suggests we spend more time helping and encouraging families to survive and thrive together, and less time measuring them against our protocols.

Too often, ecclesiastical authorities and faithful Catholics defend the forms of marriage while turning a blind eye to its substance.

Like all papal documents, Amoris Laetitia is full of biblical quotes, quotes from past popes, and past proclamations of Pope Francis. Pope Francis does not take away the details of the church’s teaching, but he throws out startling lines intended to shake our assumptions about those same teachings. As when he asserts preemptively: “Since ‘time is greater than space’, I would like to make it clear that not all discussions of doctrinal, moral or pastoral matters need to be settled by interventions of the magisterium”. I suspect this is not at all clear to many parish leaders and Catholic faithful I know.

Pope Francis adds in the same paragraph: “Every general principle . . . must be inculturated, if it is to be respected and applied,” adding that church leaders should feel free to apply their good judgment and compassion to local situations. Clearly, it’s not about the law; it’s about people. Jesus makes the same point about the observance of the Sabbath, which sends his religious leaders into a tailspin. Amoris Laetitia hasn’t been a bit controversial for the same reason.

Pope Francis has pronounced last year the Year of the Family, advocating a Church-wide study on Amoris Laetitia. From March 2021 (fifth anniversary of the Apostolic Exhortation) to June 2022, it invites us to reflect on the meaning and beauty of family relationships and to consider how they build the Church and society. I hope your parish has offered homilies, study groups, evening reflections, literature, or other opportunities to deepen this teaching. But I wonder if perhaps the whole Year of the Family got lost in the pandemic‘s deep well of distraction. Many of us have been too busy trying to keep our families afloat in uncertain times to do much theological reflection about them.

This is perhaps the main conclusion of the pope: family life is extremely important. It is worth fighting for and certainly deserves our attention. A project as precious as our families might need a mission statement and a star to direct it.

As a gay person and a person of color, I am mortified by the times I failed to acknowledge misogyny, says Leo Varadkar