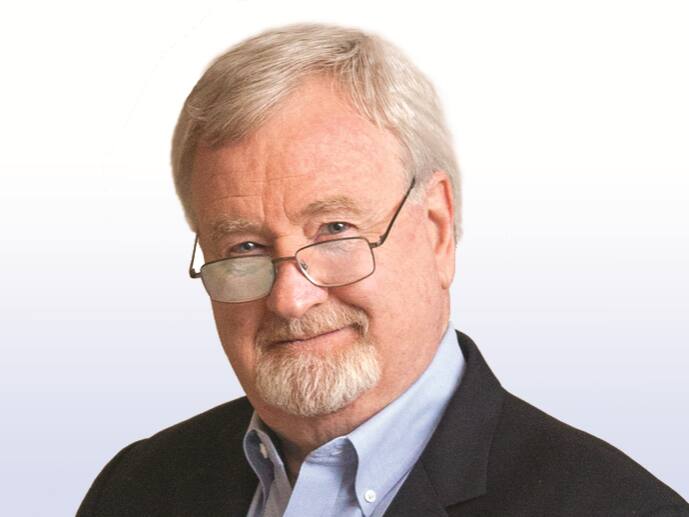 Woods’ successor will be Lisa Wittke Schaffner, currently CEO of the John Jordan Foundation and previously CEO of the Sonoma County Alliance, which has 350 members. She is also a former mayor of Healdsburg who has twice served on city council. Schaffner has served on the Sonoma County Planning Commission, Healdsburg School Board, and has been active in community affairs and fundraising activities for groups such as Social Advocates for Youth.

â€œThroughout his tenure, Keith has been successful in expanding the reach of the services and programs provided by the NCBE by addressing many topics important to our members,â€ Behler said. â€œWe’re doing a lot more now thanks to Keith. He stood up for our members and has always been there for us.

Behler said the list of programs launched under Woods’ oversight includes offering more training opportunities to young men and women interested in being in the construction industry through the North Bay Construction Corps.

Woods has also been instrumental in increasing the number of workshops, seminars and programs offered, such as the online planning room, as well as diversity and inclusion webinars.

According to Behler, Woods has a well-deserved reputation for his ability to effectively use humor to capture audience’s attention, focus on the issues of the day, and help build collaboration and consensus in a fun way that can bring people together. people.

â€œI met Keith many years ago at an annual dinner at Los Robles (Lodge) (near) Coddingtown restaurant when he was speaking,â€ Behler said, referring to a Santa Rosa site that has was redeveloped into a Dick’s Sporting Goods store. â€œI was impressed with the special way he had with people and his personal style. When I got to know him better, I admired how he was always able to get things done and enjoyed the stories he told to lighten up the moment.

Woods was a graduate of Fresno State University. One of his stories was about why so many business leaders went to Harvard, “because they couldn’t get into Fresno State!”

Schaffner will join NCBE on October 4 to begin a three-month transition period working closely with Woods before taking office in January 2022.

Robert Cantu, president of Western Builders and second vice president, member of the board and executive committee of NCBE, said he had recommended Schaffner for the job.

â€œWe saw in Lisa a great opportunity given her background at the head of a large company, her role in public affairs and other qualities that she possesses. She was unanimously chosen to be our next CEO – the first woman to hold this position in our 67-year history, â€said Cantu.

Cantu stated that Schaffner is someone capable of opening many doors with good customer relations skills as well as the demonstrated ability to reach those on both sides of major issues as well as being able to serve as a role model for women. in the construction. She will occupy a key leadership position in what has traditionally been a male-dominated industry.

â€œI’m building a new house for my family and found a drywall company owned and operated by a woman to finish our rooms,â€ Cantu said. â€œShe showed the qualities of a true artisan with attention to detail that got the job done. And she’s not alone. “

Cantu said Woods has been an exemplary leader for the organization and an advocate and spokesperson for the construction industry.

â€œHis leadership, especially during the recent round of fires, put a star in his crown,â€ Cantu said. “He definitely pushed the builder exchange forward while meeting the needs of the members.”

He said two goals for the organization now are to schedule more live and in-person seminars now that Sonoma County is set to reopen on June 15 and rebuild membership.

â€œWe have stagnated for the past year and a half, but several new contractors have joined us recently as the economy begins to open up and with pent-up demand for housing, new commercial projects and the public sector, such as improvements or upgrades to much-needed infrastructure. “Cantu said.

Woods hopes to stay active in retirement by playing an advisory or consultative role during the rebuilding phase of the local economy.