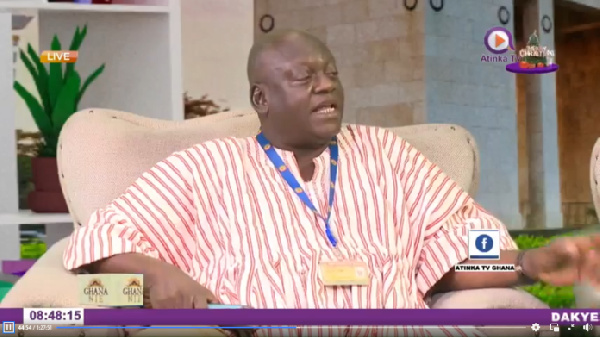 The MP for Ejura Sekyedumase in the Ashanti Region, Mr Bawa Braimah Mohammed, has said that the opposition National Democratic Congress (NDC) will cancel the electronic levy when it gains power, provided that the current government does not use the levy to obtain more loans.

According to him, the NPP government did not use the tax it collected to develop the country.

Finance Minister Ken Ofori-Atta who announced the introduction of the E-Levy said it will be used to undertake development projects adding that the levy will widen the tax net and rope in the sector informal.

Since the introduction of the E-Levy, the minority in Parliament has rejected it.

Recently, Finance Minister Mr. Ken Ofori-Atta said that the government had committed the Telcos on the controversial E-Levy and that the Telcos had agreed to reduce their percentage on transactions by 0.25%.

In the latest development, the government proposed that the E-Levy be reduced from 1.75% to 1.5%, but the minority again rejected this proposal, saying they did not want it at all be adopted.

Speaking on Atinka TV’s morning show Ghana Nie, Mr Bawa Braimah Mohammed said the minority does not support the electronic levy as it is a reversible tax.

“The scary thing is that they tax the electronic debit so they have the ability to use it as collateral to collect loans,” he said.

Meanwhile, he said the majority are trying to downsize the minority so they can pass the electronic levy, adding that “we are there. Whether they succeed or not, what we’re saying is that it’s not something that’s going to help.

“If they pass it and we come to power and they haven’t used it to get loans, we will cancel it. Their main purpose is to pass the electronic debit, secure it and use it for loans,” he added.