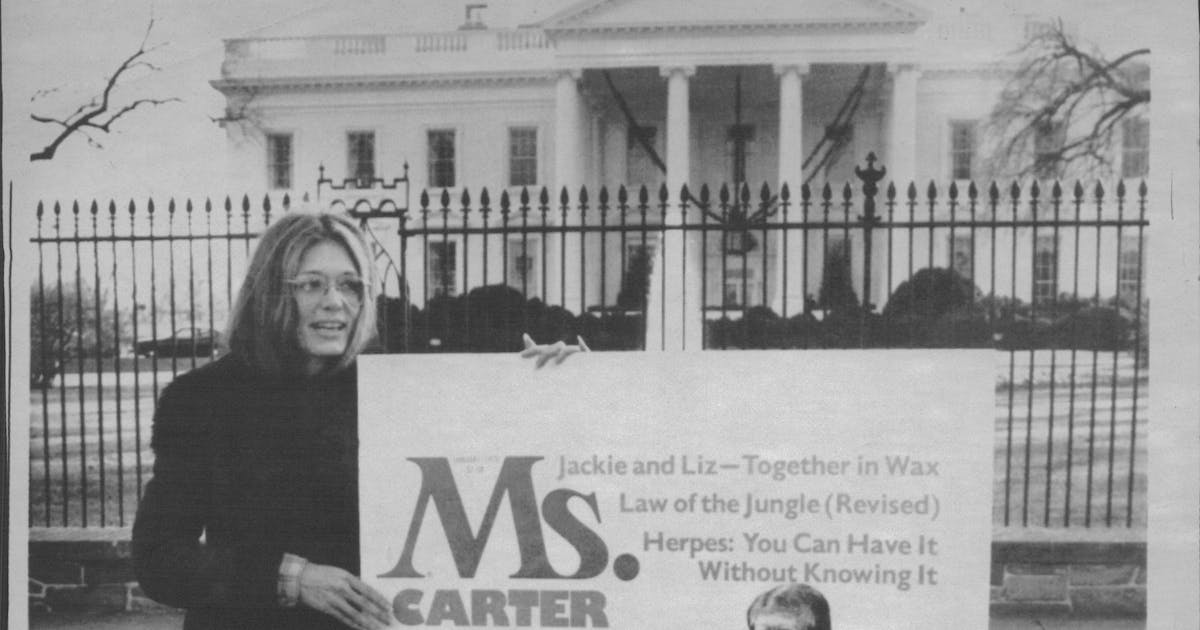 I came of age in the late 1970s, a time of nascent feminism, Gloria Steinem and the emergence of “Ms.” rather than “Mrs.” Here we are decades later and the use of “girl” in everyday conversation to refer to a grown woman is still ubiquitous. Curiously, women seem to be the most common offenders. There are circumstances where it works. Think, “a girls’ night out.” But would you ever say “I was talking to that boy at work” when referring to a grown man? It is disdainful and degrading.

It’s simple. If you’re prone to using “girl” in a sentence, try substituting “boy”. If applicable, use girl/boy/child, girl/guy/person, woman/man/person.

If you want a seat at the table, maybe stop opting for the booster seat.

I must respond to Patti Davis’ comment on her father’s fight against abortion legality (“How My Dad, Ronald Reagan, Tackled Abortion”, Opinion Exchange, May 24). First of all, Reagan should have understood that if he struggled with the decision to have an abortion, then all woman who was considering abortion also had difficulty making this decision. No woman takes it lightly, and no doctor takes it lightly. The problem of having men in power is obvious here. This man in power thought he should make a law that gives power over a woman’s body without consulting the two women closest to him, his daughter and his wife.

Davis said her father was never at peace with the issue. He didn’t need to be. A pregnant woman is the one who must be at peace with her decision.

Recent headlines say Roe v. Wade could be canceled. They also say DNA revealed the identity of the woman who left her two newborn babies to die by the Mississippi (“Mother Charged Years After Baby Was Found Dead By River”, 10 may). At the time of their death, adoption and legal and safe abortion were available to that person. She chose neither.

There are people who are so psychologically damaged that they are unable to provide the nurturing love needed to raise a child. Government agencies and charitable societies can provide food, shelter, education, etc., but neither can provide the nurturing love a child needs. Considering the situation from the perspective of the fetus, one might wonder what he would prefer: 1) to stop before his neurological abilities and sense of self have developed, 2) to be allowed to develop until birth and abandoned somewhere, or 3) even worse, taken to the privacy of a home to be starved, neglected and even subjected to untold torture. We have all read about these incidents and know they are real, tragic and not rare enough.

One can write punitive laws but nothing so far can prevent such abuses. The toxic parent must have already committed the abuse before agencies can step in and save these children. If Roe is canceled, we have to be prepared to see an increase in child abuse. Supporting our mental health as a country can eventually have an impact, but it will take many generations to change the culture.

PS I composed this letter before learning of Eli Hart’s death.

We are deeply troubled by the recent death of 6-year-old Eli Hart at the hands of his mother (“Allegations tangled boy’s guard case,” front page, June 2). According to news sources, the safety of the child was compromised by actions or inactions of Dakota County Child Protective Services. Unfortunately, Dakota County officials have refused to explain how this happened, what guidelines county social workers were following, and what steps are being taken to address the situation. The reason for not saying anything is privacy. A public account of the agency’s operations certainly does not need to involve details of that child’s history or personal circumstances.

No official, not even the county’s director of social services, Evan Henspeter, has commented on the failure to protect this child. This is unacceptable. As residents of Dakota County, we expect county leaders to openly address this situation before another tragedy occurs.

Let’s be mature with weapons.

Psychologist and Jesuit priest Anthony DeMello defined maturity: “Maturity is when you no longer blame anyone. You don’t blame others, you don’t blame yourself. You see what’s wrong and you strive to fix it.”

Mental illness has been blamed for gun violence in the United States. Certainly, every mass shooting in the United States is likely attributable to mental illness. Now what? John Hopkins estimates that 26% of Americans age 18 and older suffer from a diagnosable mental disorder in any given year! Although we have miraculously identified and offered services to all the mentally ill who present a danger, there is no way with current methods to “cure” the most afflicted. Often the mentally ill don’t even accept that they need help. If we look at this with maturity, we are led to the inescapable conclusion that we cannot extricate ourselves from armed violence.

Rates of mental illness in the United States are only slightly higher than those in Europe, but gun violence is a uniquely American problem in the Western world. The only difference is the possession of weapons of war by the Americans. Gun violence directly causes further damage to the mental health, especially of our children – those who see their friends shot and others who fear such a day as they practice active shooting.

It’s time to admit that the 18-year experiment of legalizing semi-automatic shotguns and high-capacity magazines has been a failure. The mature remedy: outlaw future sales and buy back the rest for the good of our country and our collective sanity.

Nigel Biggar, a British ethicist, has written that a free society cannot exist on rights alone, but rights always impose obligations on those who assume them. It seems pretty obvious. For example, I can only drive freely if I assume that others will do their duty by respecting the rules of the road. If others do not do their duty, my freedom is restricted or taken away, and my life is in danger.

In the current madness of gun violence in the United States, it is obvious that our failure is not in the area of ​​rights but of duties. Yes, gunsmiths have the right to make guns and dealers have the right to sell them. But having the right to make lethal weapons also implies an equivalent duty to protect those who might be destroyed by them. This means that manufacturers and dealers have a duty to ensure that weapons of war, such as those used in recent mass shootings, are not sold to just anyone on their 18th birthday with 375 rounds. And if they sell to anyone, they should be held accountable, the same way a bartender is held accountable when a customer is served until they’re drunk, then walks out and kills someone. one in a drunk driving episode.

Gunsmiths and dealers should be the first to insist on regulations, and if they are not, they should be held responsible for anyone who dies as a result of their dereliction of duty. Make your choice: do your duty or pay the consequences.