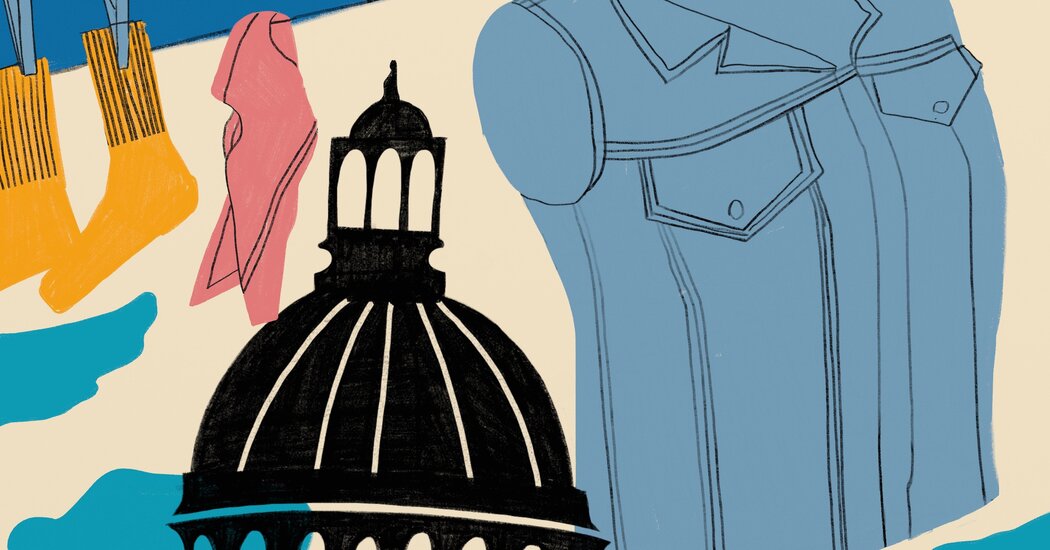 It is also very common in a masculinist trend of intellectualism to view discussing anything associated with girls and women as an inferior form of discourse. When we talk about a woman – even in the routine questioning of how she is capable of doing her job as a powerful public servant – we are talking about femininity. And femininity is not seen as a substantial form of discussion. This is an argument easy to dismiss because it fails its own standard: it is not serious.

Another argument is what I see as the third wave feminist response to our culture’s obsession with female bodies as their only value, namely: we should never recognize what a woman looks like. I have heard people insistently proclaim, for example, “Never comment on a person’s body. As far as Sinema’s clothes are worn over her body, logic goes, we should never comment on her clothes.

This line of reasoning stems from a really decent impulse, for the most part, and that impulse is a response to a fact that research reveals: Women are unfairly judged in the workplace for their appearance, body, and clothing. We know from research that women of color in particular struggle to be seen as professional in business settings, no matter how they dress. We also know that people whose gender presentation does not match our collective ideas about male and female bodies face a particular challenge. Many LGBTQ people struggle in the workplace with the reality that presenting a gender-compliant identity makes it easier to negotiate office policies.

Whether we are aware of this research or not, we got the message that the right people just don’t comment on how people look, as it can be riddled with bias. The problem with this answer is that the bias still exists – we just don’t name it. When you “don’t comment on bodies,” you lose the insight needed to think critically about how certain bodies move around the world at the expense of how other bodies move around the world. In short, when our language atrophies, we lose the mental acuity to talk about how power operates in our day to day life.

It might sound feminist to never comment on a woman’s body, but what if the woman in question is one of the most powerful women in the world? Take, for example, the dress of the Queen of England, or to think in a more local context, how the power costume of Washington’s elite helps them navigate the sacred halls of private negotiation with corporate donors. .

It is certainly important that people enter the political sphere by exercising a certain type of skill, or a certain set of political positions, or a certain type of ideology. Politicians, especially national politicians, know this. It means so much to them that they spend millions of dollars trying to create a power performance that will confer legitimacy and instill the confidence of the voting public. If it matters enough for people to spend money on it, it should be important enough that we think about what this presentation means. Acknowledging this is just serious thought. What bodies look like, how they’re approached, and how people perform them in public life – it all matters.

There’s a lot to be said about how Sinema chooses to present himself and what that says about gender, power and politics. Over the next two weeks, I’ll be speaking with experts in the politics of clothing choices as I try to answer the question, “What is Sinema wearing?” “- or rather, the better question, more sociological,” What does Sinema’s style mean? Along the way, I hope to model a way of talking about how any powerful woman in public dresses or presents herself without falling into sexist rhetoric or language.

Ohio loan and grant programs for minority and women-owned businesses