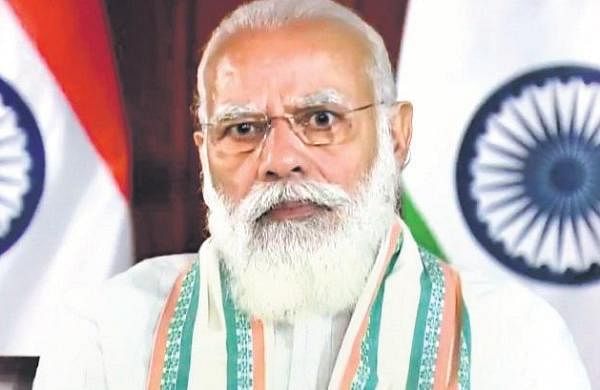 Rise of a Formidable Political Force – The New Indian Express

Lately, there has been a deluge of books on the BJP, some to help writers to the “right” side, others to cash in on the popularity of Prime Minister Narendra Modi. However, Nalin Mehta’s latest book, The New BJP, breaks the mould. This is a massive, well-researched tome objectively analyzing the rise and expansion of the BJP with hitherto “unseen” data available in the open. The book is a delight for political scientists.

The author used hard data and developed new statistical tools with the help of experienced journalists and Big Data crunchers, which gives his study a decisive edge. He presents his study with easy-to-understand arguments backed by on-the-ground interactions with mid-level and grassroots workers and leaders. Mehta takes an incisive look at the myths around the BJP – a city-centric party, an upper-caste party, an elitist party, a party with a limited Hindutva agenda that grew on communal rhetoric, a party regressive anti-women, anti-minority party, etc. He dissects the BJP’s grand strategy and its deep-rooted style of working with the support of a visionary leader to help it expand beyond the imagination of its detractors. This book can be treated by any political party as a primary resource if it wishes to grow, provided its leaders remove their blinders. This will help them understand why the BJP’s sustained and indiscriminate criticism does not work.

Mehta’s study of the BJP’s strategy in the southern part of India, the northeast region and its focus on women will come as a surprise to many. He presented Karnataka as a case study and attempted to understand the problems of BJP expansion in the South. It’s a wonderful study, but I dare say that if he had dug deeper like a journalist, he might have come to different conclusions. Critics who decry the BJP’s split and takeover strategies in the North East region miss the fact that there have been years of hard work on the ground by the Rashtriya Swayamsevak Sangh (RSS) and its affiliated organizations under difficult circumstances which gave the BJP the leeway to create space for itself. The author also explains why left-wing feminism is stuck in a rut as feminism rooted in the Indian ethos grows.

Mehta also examines the ideological issues and dilemma that the BJP and its former avatar, Bharatiya Jana Sangh, faced. But he should have studied the ideas advanced by Deendayal Upadhyay a bit more closely so as not to dismiss them lightly as some kind of rhetoric. He managed to get his hands on a very interesting document from a gentleman in Mumbai who had raised a question a long time ago: “Why are most BJP members not getting re-elected?”. Mehta goes on to tell us how Modi and his team were able to solve this problem. He shares many conflicts and disagreements within the BJP since its founding. It shows how ‘The New BJP’ is a continuity. Interestingly, while other parties split and split again over ideological issues, the BJP could overcome the differences successfully. Although some leaders left, the party did not split.

He points out that the BJP under Modi and Shah created its own massive membership and cadre and rightly compares its membership to the Communist Party of China. Both are political parties. But he is mistaken in comparing the height of RSS cadres and that of BJP members. RSS is a “man-making” organization that tries to create responsible, selfless, patriotic, and disciplined citizens through their years of education. Its members end up giving their time, energy and money without any expectation in return. Unlike political parties, the RSS offers no power or advantage to its cadres.

For the author, the trickiest part must have been making sense of the organic relationship between the BJP and the RSS — “umbilical relationship” as Mehta calls it. He did not choose the easy way out and assumed nothing. He rightly focused on relatively lesser-known organizations like Vanvasi Kalyan Ashram and Saraswati Shishu Mandirs among the wider RSS ideological family. However, I think he did not emphasize enough the key role of Akhil Bharatiya Vidyarthi Parishad (ABVP). He has provided a vital leadership cadre to the BJP since the ascension of the late Arun Jaitley.

Mehta, the political journalist, emerges in the final chapter. He sticks his neck out and analyzes the future of the BJP beyond Modi and the issues besetting the opposition. It is not an easy task in the dynamically changing political scenario in India, but he did well not to shy away from having his say. Don’t be scared off by the size of the book. It is written in a flowing style. Unconventional data analysis and simple graphics are Mehta’s strengths. Such is its force of arguments that you cannot leave it half read. Either way, it’s a landmark book.

Women on boards give companies a boost