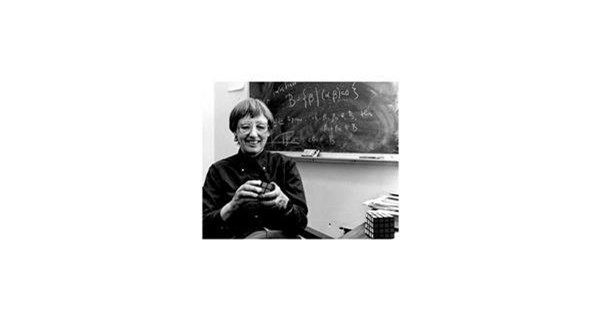 By Marcus Zeitler On Mar 6, 2022
Share
Ruth Rebekka Struik, a mathematician and longtime social justice activist, died Feb. 9 at Frasier Meadows Retirement Community in Boulder at the age of 93. The cause was heart failure.

Dr. Struik taught for 40 years at the University of Colorado, primarily on the Boulder campus. His area of ​​research was group theory. She taught math at all levels, but her particular passion was mentoring young women who were beginning their careers in math and science.

Dr. Struik was born in Worcester, MA, in 1928, the eldest of three daughters. She was born shortly after her parents, Dirk
Jan and Saly Ruth (Ramler) Struik, both mathematicians, emigrated from the Netherlands. His mother may have been the first woman to earn a doctorate in mathematics from Charles University in Prague, Czechoslovakia.

His father was a well-known mathematician and historian of science whose specialties were multidimensional geometry and tensor analysis. A passionate Marxist, he was indicted on false charges during the McCarthy era and furloughed from his job at the Massachusetts Institute of Technology. Thus, Rebekka’s formative years were put on hold by the attention of the FBI and her father’s long-running lawsuit. All charges were eventually dropped.

In early 1952, Dr. Struik met the gifted young physicist Hans Freistadt, at the Progressive Party’s presidential nominating convention in Chicago, where WEB Du Bois was the keynote speaker. They married later that year.

Dr. Freistadt, a refugee from Hitler’s Austria, had his own struggles in the McCarthy era. In 1949, the New York Times published an outraged report that an outspoken communist worked for the Atomic Energy Commission and that taxpayers’ money was being spent to educate this foreign-born physicist. A congressional hearing resulted, also covered by The Times. Columnists from across the country weighed in. Dr. Freistadt lost his AEC scholarship, which funded his doctoral studies. He eventually got his Ph.D., but he was blackballed into the world of physics.

In 1957, the couple moved to Vancouver, British Columbia, where Dr. Struik supported her husband as he redirected his career and went to medical school at the University of British Columbia.

They settled in Colorado in the early 1960s. They had three daughters and divorced in 1970. Dr. Freistadt settled in Oroville, California, where he worked for many years as an obstetrician. He died in 2015.

In 1961, Dr. Struik was hired as a lecturer at the University of Colorado, the first married woman with children in the math department. She retired nearly 40 years later as a full professor. She has published a dozen articles in her specialty, group theory. In the later years of her career, she expanded into the history of mathematics, numerical analysis and probability, cryptography, and the evaluation of male and female performance in mathematics. She often said that the most popular article she published each year was the list she had compiled from public payroll records of all employees in the math department. From this data, she eventually had evidence showing that women were grossly underpaid compared to men with similar resumes. In the 1980s, she was one of the women
who challenged the university for sex discrimination and won settlements, including back pay. Her career is discussed in the book: “Women Becoming Mathematicians: Creating a Professional Identity in Post-World War II America” by Margaret AM Murray.

She was an early adopter of computers and email, when computing was a subset of mathematics. But later she avoided all contact with computers due to her privacy concerns.

Throughout her life, including during her retirement, Dr. Struik has been active in many social justice causes, including women’s rights, voter education and union organizing. She was also an early environmentalist activist, supporting recycling and lobbying for bike lanes and bike lanes in and around Boulder.

She was active for many years in the Boulder Area Labor Council. She tried to unionize the University of
Colorado faculty in the mid-1970s. She was a member of the American Federation of Teachers and the American
Association of University Teachers.

She was one of the organizers of her local chapter of NOW (National Organization for Women), promoting
election of women to the Boulder City Council. She was also active in the League of Women Voters. She worked
for campaign finance reform and voter registration. She has worked on numerous political campaigns, including Pat
Schroeder’s Congressional Campaign and Dorothy Rupert’s State Legislative Races.

She was a passionate supporter of gun control, protesting gun sales at local gun shows.

She was an advocate for universal health care with the Colorado Coalition for Single Payer and Physicians for a National Health Agenda.

She was a pillar of the Colorado Social Legislation Committee for many years, helping the group track legislation on issues such as health care, education, poverty, housing, and violence prevention.

She has received many awards for her activism, but her favorites may have been the three “Oscars” awarded by Eco-Cycle to oulder’s “Recycler of the Year”. Statuettes of Oscar the Grouch from Sesame Street, poking his head out of his trash can, held pride of place in his Frasier Meadows apartment. Until her last illness, she monitored her environment to ensure that recycling, compost and landfill were properly separated.

Passionate about information, she constantly watched the news and loved documentaries. She was a strong supporter of public radio. She enjoyed knitting, making stuffed toys for children, and drawing and painting watercolors of flowers and nature. She also enjoyed teaching union ballads and feminist songs to her daughters.

The family notes with immense gratitude the community of caregivers and residents of Frasier Meadows who have cared for, supported and loved Rebekka for the past 12 years, throughout her time in independent living, assisted living and finally care. palliatives.

Donations in her memory may be made to the League of Women Voters, National Organization for Women, ACLU, Planned Parenthood, KGNU, Colorado Coalition for the Homeless, Boulder Community Food
Share, SMART Elections or the Kovalevskaia Fund, which supports female math and science students in
developing world.

A celebration of Rebekka’s life is scheduled for 2 p.m. on Saturday, May 7 at Frasier Meadows Retirement
Community, 350 Ponca Pl., Boulder Colo.

Powerful Quotes From Women Leaders You Should Live By!

Win the narrative battle, but lose the war? – The New Indian Express