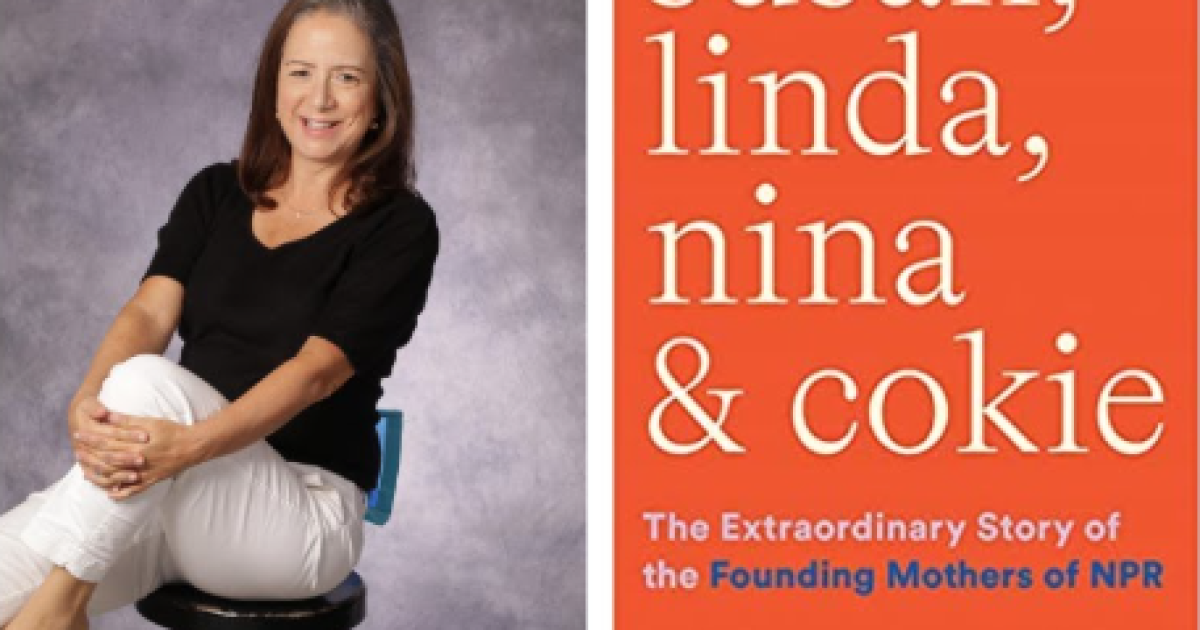 Summit County Library joined the Library Speaker Consortium this summer. The Consortium creates two to three online bestselling author events per month that are streamed to patrons at member libraries. These are live events with interactive Q&A sessions with the authors.

Napoli, herself a journalist, started the book after Cokie Roberts died in 2019. She says the pandemic gave her the time she needed to research the book.

“I spent a lot of time most of the first year of the pandemic, digging through old archival documents, old letters. There is a wonderful repository of early public radio information at the University of Maryland. So putting together women’s lives in the context of 1970s second-wave feminism and the evolution or creation of public radio was an interesting puzzle based on many, many different sources.

Susan Stamberg became the first female host of a national news program when she was named co-host of NPR’s flagship program “All Things Considered” in 1972.

Linda Wertheimer began her career with NPR as the first director of “All Things Considered” in 1971 and became the first woman to anchor NPR’s coverage of a presidential nominating convention and election night.

At 78, Nina Totenberg still reports for NPR as a legal affairs correspondent focusing primarily on the activities and politics of the United States Supreme Court.

Cokie Roberts worked for NPR as a congressional correspondent for more than a decade — at a time when women weren’t often involved in journalism at that level.

Napoli say they were often surprised during their research.

“Just knowing these women were there at the start, I didn’t really understand how marginalized women were when they were working,” Napoli said. “I mean, I knew – I’m not that young – that I didn’t know women were struggling. But I didn’t realize how bad it was to get work in the early 70s. and 70 for women, especially in broadcasting.And I didn’t know all the stories I knew about how disjointed and complicated things were for public radio, in its early days.

Not only were these four women colleagues, Napoli say they became very good friends.

“We’ve all had workplaces where we had a best friend who helped us out. And then maybe after they left work, or they left a job, that relationship didn’t continue. But this was not the case with these women. They stuck with each other partly because they were so unique at the time to be on the air reporting serious news when few women were, but also because nature NPR upstart they were helping form unions. And, also, they just helped each other, they supported each other personally when there were births, deaths or illnesses. They were really very dear friends.

Summit County Library members can tune in to learn more about the book with Napoli on Wednesday, November 2 at 2 p.m. The link to register can be found here.

Supreme Court will make it harder to hire a diverse team