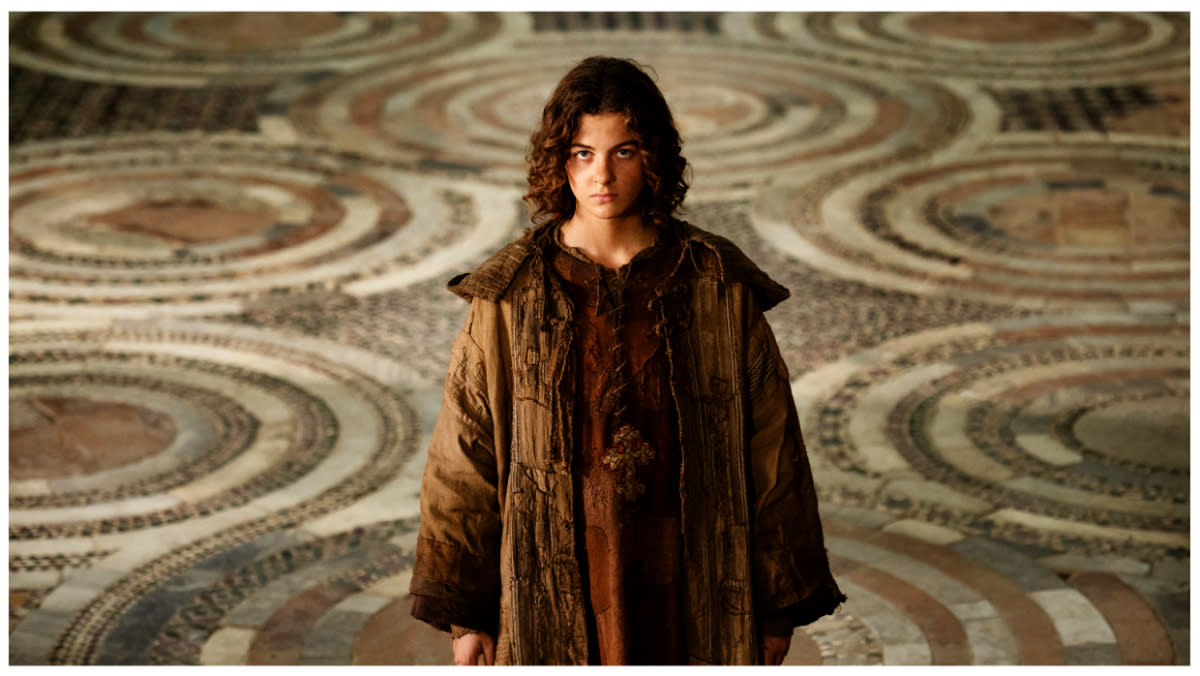 With “Chiara”, Susanna Nicchiarelli’s portrait of Saint Clare of Assisi – the 13th century saint born into a wealthy family who became a nun at 18 after hearing Saint Francis preach – the Italian director completes her trilogy of female biopics, in starting from “Nico, 1988” and “Miss Marx”, both launched respectively from the Horizons and Venice Competition sections. She is now back on the Lido competing with “Chiara”.

Nicchiarelli spoke to Variety on what led her to portray this prototypical feminist and cast “My Brilliant Friend” star Margherita Mazzucco in the lead picture role. Extracts.

What made you want to tell us this story of Sainte Claire?
Well, first of all, I have always had a passion for Saint Francis. I have a very strong memory when I saw for the first time “Brother Sun, Sister Moon” by Franco Zeffirelli. I was at school when they showed us this boy, this man, undressing in front of the bishop. It was a very strong image. Francis’ fight speaks to us just as much today because it is a fight for poverty, against social injustice. It’s about being on the side of the poor, the different and the injustices of a society where very few have everything and most have nothing. So that was their fight. Medieval society was like that. It’s not that different from what it is now.

Of course, Claire was François’ follower
Yes. What is interesting in François’ revolution, and also in Claire’s revolution, is the desire to build a community, a community of equals. What happens is Clare is a girl who runs away from home at 18 to join Francis, and she just wants to be like him. I mean, she wants to do what he does and build a community of women who are Franciscan women. But this is not possible for many reasons. So she always fights against the church itself. She fights popes and cardinals just to be able to do what Francis did as a woman. The problem is that women in medieval times were forced to live a cloistered life. If you chose a religious life, you had to lock yourself up in a convent and disappear. And she didn’t want that.

Let’s talk about the casting of Margherita because I think she really carries the film. I mean, it’s an ensemble film, but I think his on-screen charisma is a huge asset.

Well, first of all, Clare was 18 when she ran away. So, for me, it was very important that Clare was played by an 18-year-old girl. I mean, I wanted her to be young because the youth of these two characters, Claire and François, is important. I mean, they were kids, they were young, and a lot of people of all ages followed them. When I met Margherita, I fell in love with her because she was a child, because she is a child. She has the same frailties of a child. She is very small, and at the same time she has a very strong charisma. She is very centered. She knows her place in the world and she is very calm. So in many ways she was Clare to me.

Tell me about the strong musical aspect of the film with choirs and dance sequences in the fields.

When I was writing, I knew I had to make them dance. I knew I had to go the musical direction because, I mean, the movies that came to mind when I was writing were “Hair” and “Jesus Christ Superstar.” The Franciscans were very happy and always celebrated life and song. The first manuscripts we have with songs are Franciscan. So, of course, it had to be part of their story. Young people come together and walk away from society and choose poverty, choose the simple life and celebrate, because that’s the whole point. They were like flower children.

The best of variety