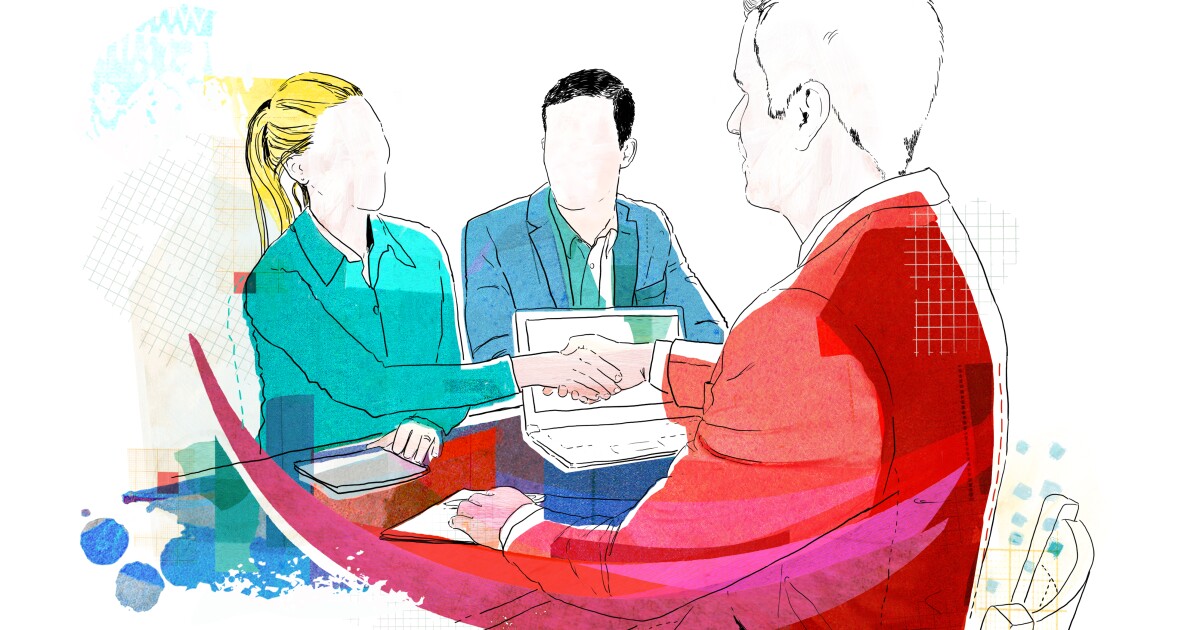 Hiring partners requires more legwork, from start to finish, than any other type of faculty recruitment. Even after both parties say yes — the college couple and their new departments — your job as the leader of the hiring process isn’t done. Because now comes the negotiations.

All sorts of details need to be worked out: contracts, salaries, start-up agreements, work assignments. At this point in the process, political and procedural errors and overlooked details can still derail hiring a partner, not to mention hurt the couple and undermine your programs.

In recent months, I have focused on Administrator 101 column on accommodation of partners and spouses. My goal here is to balance human, political, and logistical considerations, as these factors can add up even when a partner hire goes smoothly. The first part of this series focuses on how to plan for double hires, while part 2 was about how to face latent or overt opposition (often resulting from past recruitment disasters or equity issues). Now let’s move on to how to treat partners when fixing the details of their contracts and dating letters.

Treat each partner as an independent player. Of course, the original reason you considered a second hire was that this person was the partner of another academic you were looking to hire. But, as I said, it’s important not to focus on the partner label and to assess both candidates on their own merits. This is also true when contract negotiations begin.

You wish to continue to support the independent professional (and intellectual) identity of each partner. This will be the case in practice if the two academics end up in different departments of different colleges and you coordinate the hiring of the partner with another administrator. But this also applies if the second partner is in the same department of your own college.

Don’t just assume that what’s good for one partner is good for the other. Work to determine their distinct needs, such as salary, start-up money, lab equipment, graduate student support, or really anything.

Contract negotiations, especially regarding salary, are an opportunity to establish a relationship of trust between a recruiting administrator and a promising new colleague. This principle applies twice in a rental partner. Ideally, you can agree on salaries in a way that’s “win, win, win” for you and both partners, without breeding hard feelings, breaking the bank, or setting off alarm bells among other members of the corps. professor when they (inevitably) make salary comparisons. Obviously, salaries vary widely by field, rank, and position, but the goal should be to make everyone feel that both partners’ starting salaries are reasonable and not abnormal. For one thing, you should never try to negotiate a lower than normal salary for the second hire just because that person is part of a partner hire. On the other hand, you cannot let a partner end up with a package that stirs up envy and quarrels around the institution.

In this effort, you must play the role of coach, not bureaucrat or boss. A science department chair at a regional university told me about a couple he was hiring who kept insisting on “equal” treatment in their contracts. The president, however, pointed out to them that having the same contract terms would end up hurting one or the other. They had very different service roles, types of tenure expectations, and research centers, and so obsessing over getting uniform contract terms was going to undermine their careers, not propel them. What makes sense to each partner is what makes sense to them as a couple.

Do all you can to separate them — professionally. To earn permanency, let alone respect from colleagues, each partner must stand out as an individual. You can build this independence into their contracts by making sure they have separate mentors and separate teaching and service assignments. You should even advocate physical distancing: make sure they don’t have adjoining offices, for example.

Consider: A community college dean said he hired a couple of professors who pushed for joint appointments on the same campus committees. Years later, the female partner admitted that she and her husband were still seen as “doing things together” and coming across as a “micro team” on service work. This perception had undermined his status on campus.

Sometimes, of course, you will have to compromise and not insist on this ethic of separation. For example, universities in congested cities may require faculty members to be on campus only a few days a week. Inevitably, couples will request that these days be the same so they can save money and time by commuting together. It is very good. Also, I am not opposed to partners teaching as a team, jointly conducting study abroad, or attending conferences together. All I’m saying is they shouldn’t automatically be placed together on each committee or assigned to the same official mentor.

In your role – overseeing the dual hire and acting as a “coach” – maintain professional divides between the two without being drastic.

Don’t let a “star” partner fuel jealousy towards the other partner. A top research university in the Southeast has hired a real star in a STEM field — huge federal grants, a high h-index, the jobs. The university offered its promising, but by no means established partner, a postdoctoral position in another scientific field. Trouble arose when the star began dictating enhanced special terms for her partner – well above what a normal postdoc would get (in terms of everything from office space to stipend). What do they have he wanted, but the postdoc suffered backlash, jealousy, and ostracism from faculty members, graduate students, and other postdocs in the partner’s new department.

You have another opportunity for a coaching moment when one partner tries to push a thumbs up on the scale to get better terms for the other. This “help” can hurt in the long run. Let them know that they will benefit, both as individuals and as a couple, if they pursue separate contract terms. Make sure they understand that the goodwill of their peers is just as important as an office with a view of the quad.

Yes, it’s tricky. You are dealing with feelings, relationships, personalities. But emphasize that you want long-term success and satisfaction for both, not just short-term material gains.

Follow the rules of nepotism and anticipate supervisory disputes. Whether your institution is a tiny liberal arts college or a huge research university, somewhere in its operating procedures manual are rules of nepotism. The wording is important, but so is the previous and recent interpretation.

For example, at my university, a passage of our nepotism policy prohibits directors from supervising their partners. Our policy states: “No person related to a director within a prohibited degree will be eligible for initial appointment to any position in any area of ​​responsibility over which a director has appointing authority, in whole or in part, regardless of regardless of the source of funds from which the salary of the position is to be paid. Further, “related” is defined as “second degree by affinity (marriage) or third degree by consanguinity (blood).” Note that the term or the concept of “partner” is absent, but we assume it falls under the marriage provision.

Here’s how we resolve such conflicts at my university: We specify in the contracts of hired partners who will be their direct supervisors. So, if one of the partners is chair and the other is a faculty member of the same department, we appoint – in writing – a third party (usually the dean or an associate dean) to manage the evaluations and decisions of the member faculty regarding funding, travel, etc.

This can get complicated, especially as the partners’ careers progress. However, this is another reminder to settle everything up front in employment contracts, guided by the rules of your institution. Make reporting relationships absolutely clear and put them in writing.

You may have noticed that I have used the word “coach” several times here. I realize that it may seem condescending, even offensive, to say that two 50-year-old senior academics need coaching. But I find it to be an accurate description of a process in which you are the advocate for what is best for an institution, a program, a mission, and many people.

The employment contract is a crucial step for partners to establish a professional and intellectual identity in their own right and thus earn the esteem of their colleagues. Proper wording in both contracts can prevent problems and encourage success for everyone.