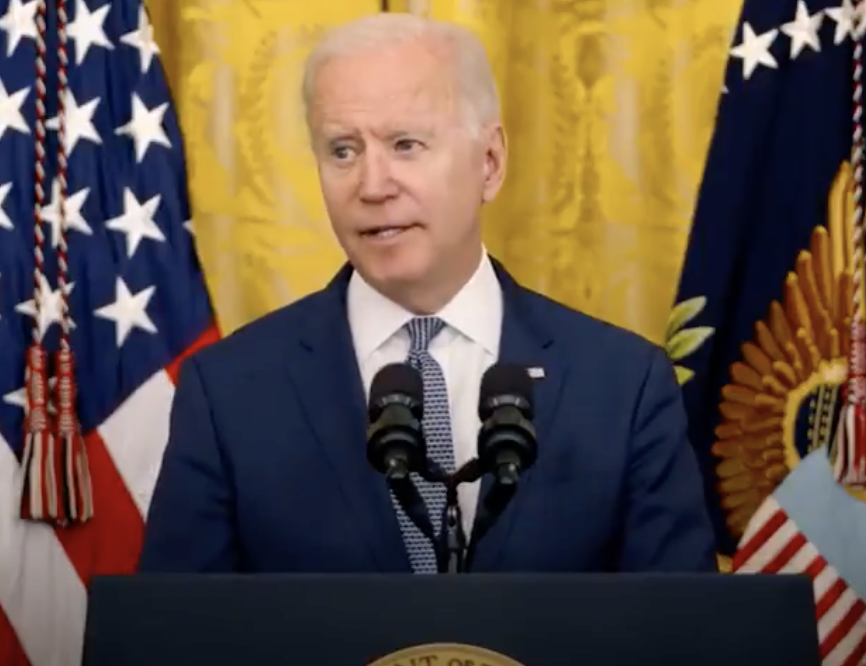 Last week, Tuesday, we marked the exact six-month milestone until Election Day on Tuesday, November 8, 2022. Presidential approval ratings are low, and there are financial troubles with inflation and international troubles with the Ukrainian situation. Many pundits might say this is the apocalypse for Democrats, but a lot can still change in six months. Let’s brunch on it this week.

“My predictions are in play” – For the past two months I had been predicting a split decision for the 2022 campaign. I assumed the Democrats would have a net gain of one seat (maybe two) in the US Senate, but that’s enough to give them a pure, perhaps Joe Manchin-proof Majority. On the other hand, I predicted that Republicans could have up to five seats in the US House, ousting Nancy Pelosi from the Speaker’s chair. This weekend, I’m changing my predictions a bit. To follow!

“Inflationary Conflagration” – Last month’s inflation was 7.5%, the highest in 40 years. This month, that has increased slightly to 7.9%. With gas prices soaring and other inflationary pressures, it’s not hard to imagine inflation hitting the 10% mark or higher. And that’s where I’ll draw the line. If inflation hits 10% and stays there through October, it will be a disastrous year for Democrats. I say 10% means the Democrats will lose control of both the House and the Senate, and that poses an even tougher and tougher fight for the White House in 2024. So remember 10% is my number magic that changes everything.

“How did I get there?” – Forget all the economic statistics for a moment. There’s a built-in math advantage helping Democrats this year. In 2022, all 34 Class 3 U.S. Senate seats are up for grabs. Democrats only have to defend 14 of those seats, while Republicans need to defend 20. It’s a tougher challenge for the GOP, which is defending nearly 50% more seats. All things being equal, the Republicans only need a net loss of one seat, to be the weak (but not unobstructed) minority. Yes, the filibuster will survive (thanks to Democrats Manchin and Kyrsten Sinema), so the minority party retains a strong voice on some issues. But I think that 10% threshold is indefensible for Democrats. I don’t think it’s sustainable.

“Check and checkmate?” – Speaking of inflation, we already know that the Federal Reserve Board of Governors will meet this week, in hopes that it will raise short-term interest as a way to counter inflation. Yes, it works sometimes, but if you also increase the cost of home loans and car loans, while driving down inflation, you may not earn points from new home or car buyers, assuming that old borrowers are locked into fixed rates. . But it is risky, and a sharp rise in interest rates as we saw in 1980 can have bad political results for the ruling party. Keep an eye on it. The Fed is not the “quick fix” that some think.

“The Law on Economic Balance” – In 1980, presidential candidate Ronald Reagan coined the phrase “the misery index” and it was powerful. Reagan was talking about double-digit inflation, double-digit unemployment, and double-digit interest rates. All three indexes reached 10% or more under President Jimmy Carter, and it just wasn’t possible to survive. So, right now, unemployment is at 3.8% (and falling), federal interest rates are between 0.0 and 0.25% (but with average mortgage rates now above 4%, with slight increases to come); and inflation peaks at 7.9% and continues to rise. The numbers may look bad now, but they’re a far cry from the horror show of 1980. But voters under 50 have no memory of that and may just shrug their shoulders. If they think now is bad, then now is bad.

“So which clue is the worst?” » – I am often asked. With an unemployment rate of 3.8%, more than 96% of people who want to work have a job. This bodes well for incumbents in both parties. And with forecasts that mortgage rates could climb to 4%, if I’m already locked into a 30-year 2% fixed rate mortgage, then I’m easy. Again, it’s gold for starters. But, if I see gas prices, at $4 and $5 a gallon, and groceries going up because of it, I’m not a happy camper. With inflation just below 8%, and possibly in double digits, that’s what I see every day. Now Goldman Sachs says there’s a 35% chance of a recession next year. It’s bad for the incumbents, but especially for the Democrats who control the House, Senate and White House.

“The Blame Game” – This week I posted a simple photo on Facebook of a gas station sign showing the price per gallon in West Virginia reaching $3.99 per gallon, but without any editorial comment from me. However, readers weighed in: Reader Billy Turbit simply said, “Open the pipeline,” meaning Canada’s Keystone XL to the U.S. Bob Monast also voiced his opinion: “The Biden administration needs to reverse the American oil policies” (again a swipe at Biden halting Keystone construction). But, Professor Bradford Deel said: “If you are referring to the Keystone XL pipeline, it was never opened. At the very end of the Trump administration, it was about 8% complete. Even if Biden hadn’t canceled it, no oil would pass through it for several years. Anyway, my post got tons of comments from a wide range.

What do you think the White House, Congress, and the Federal Reserve can do to dampen inflation, or are we just at the mercy of Russia and its impact on foreign domestic energy policies (and by extension)? Just click the comment button and let us know?

Mark Curtis, Ed.D., is chief political reporter for the seven Nexstar Media television stations serving West Virginia, its five neighboring states, and the entire Washington, DC media market. He is a contributing MINDSETTER™ writer and policy analyst for www.GoLocalProv.com and its affiliates.