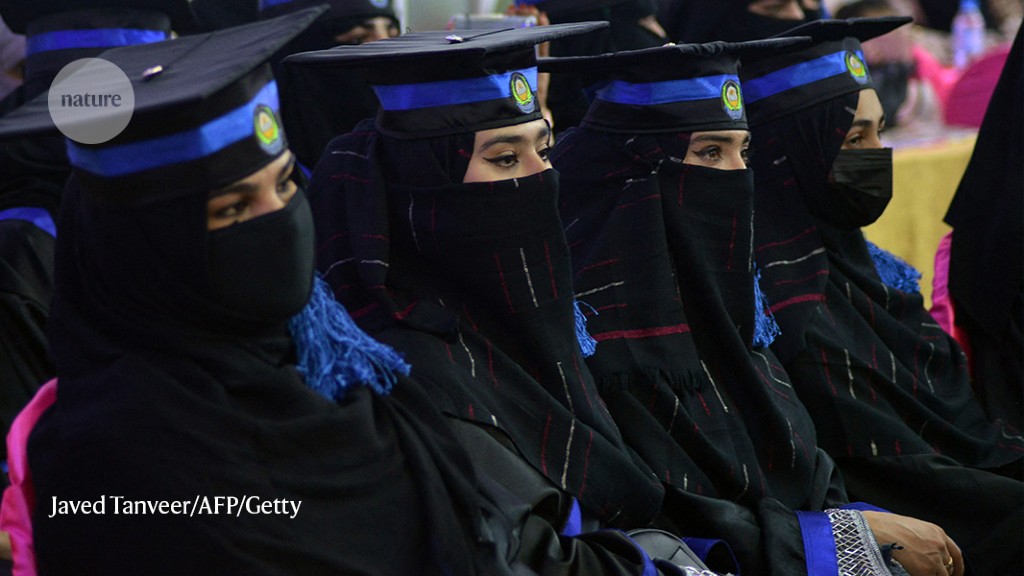 The Taliban regime is taking its toll on Afghan scholars, especially women

Life is becoming increasingly unbearable for scholars in Afghanistan, nearly a year after the start of Taliban rule. It has become particularly difficult for academics and female students.

Since the Taliban took power last August, the country has been plunged into a humanitarian crisis. Many Afghans do not get enough food; the conflict persists between the Taliban and rival groups; and infectious disease outbreaks are widespread. Adding to these challenges, faculty members have neither the time nor the funds to do research, and face declining salaries and the disappearance of academic freedom.

For female scholars, life under the Taliban means most have to wear clothes that cover their heads and bodies and they cannot teach men. And female students cannot take classes with men and cannot be taught by them. “The Taliban are increasingly worsening the situation for women,” said a university student and medical researcher in Kabul, who requested anonymity.

Nature spoke to more than a dozen scholars, inside and outside Afghanistan. Most interviewees requested anonymity. They say criticizing the authorities would put them, their families and their careers at risk.

Many scholars with international connections or financial resources have left the country, and many of those who remain are looking for a way out. “Under the previous government, even though we had a lot of problems, including discrimination and corruption, we at least had hope that everything would get better,” says a former teacher in Kabul, who fled after the rise of the Taliban. “Now we have lost hope,” she said.

After months of closure, public universities reopened in February and March, but on very different terms.

The Taliban have appointed representatives to take over the management of public universities. The researchers say that on May 5, the Minister of Higher Education sent letters ordering these representatives to conduct faculty reviews and report any staff who questioned the new rules. Losing academic freedom is like “living in a cage,” says Ramin Mansoory, a jurist and former adviser to the Afghan provincial government, now based in Poland.

Researchers must spend much of their time teaching; many also say their salaries have been cut by more than a third and are not always being paid on time. Research funds previously disbursed through international collaborations remain frozen, and the exodus of academics has placed an additional burden on those who remain. “My colleagues are teaching more than ever,” says physicist Baktash Amini, Afghanistan coordinator of the Physics Without Borders program at the Abdus Salam International Center for Theoretical Physics (ICTP) in Trieste, Italy. Amini was also a lecturer at Kabul University until the Taliban took over. He says about 7 of the university’s 17 physics faculty have left the country. Other researchers report that their institutions have 20-40% fewer staff than before the Taliban takeover.

In September, the minister of higher education was filmed saying that doctoral and master’s degrees are not valued in today’s Afghanistan. “When I heard that, I was so discouraged,” says Amini, who will study for a doctorate at the University of Freiburg in Germany, likely starting in July. He will work on Higgs boson physics and the search for new physics using the ATLAS experiment at CERN, the European particle physics laboratory near Geneva, Switzerland. “Why have I worked so hard for so long?” he says.

The academic week was divided so that male and female students could take separate instruction, for three days each.

Academics argue that this segregation and shortage of female teachers has reduced the quality of education, especially for women. Some subjects have even been canceled for female students, according to some academics and students.

Women and people from minority ethnic groups, such as the Hazara and Tajiks, say they have been persecuted. Some said they were fired for no good reason and do not feel safe in the current environment. Many have chosen to leave. Even under the previous government, they were discriminated against, but “with the arrival of the Taliban, this discrimination has increased”, says the former professor in Kabul.

“Research is no longer a priority,” says a doctor and public health researcher in Tehran, who describes widespread starvation, frequent explosions and psychological distress in his hometown of Mazar-i-Sharif. She has completed her master’s degree in Tehran and has been selected for a research position at an American institution, but is awaiting her visa.

Thousands of scholars have fled to neighboring Iran and Pakistan and applied to organizations that help scholars find positions in other countries. But less than 10% have succeeded, according to data collected by three such agencies — Scholars at Risk (SAR), the Institute of International Education’s Scholar Rescue Fund and the Council for At-Risk Academics (Cara) — and shared with Nature. Even fewer have managed to reach their host institutions, hampered by the difficulty of obtaining documents, including passports and visas, for themselves and their family members.

“Waiting times for visas continued to be a challenge for many Afghan scholars,” says Rose Anderson, director of SAR in New York.

Many higher education institutions remain keen to welcome Afghan scholars, but “the crisis in Ukraine is straining our already limited resources and capacity,” says James King, director of the Scholar Rescue Fund in New York.

But Stephen Wordsworth, executive director of Cara in London, says institutions are creating new placements for Ukrainian scholars, without redirecting existing commitments. “The way the two crises came together further galvanized the academic and research sectors,” he says.

But most students and scholars in Afghanistan cannot leave. They need financial and mental support, says Zainab Nazari, a physicist at ICTP from Afghanistan. She spoke to more than half a dozen scholars and students in the country. “People are so desperate in this situation,” she says.