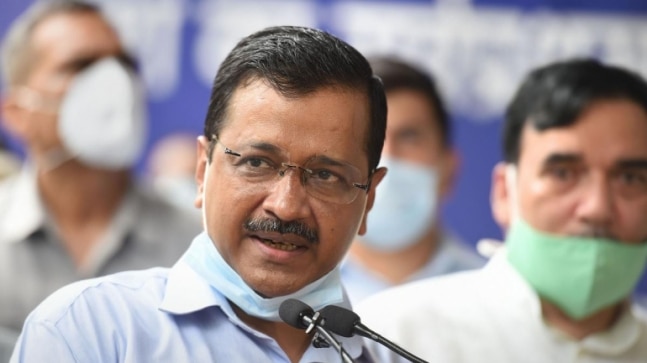 Third promise of Arvind Kejriwal in Punjab: 1,000 rupees per month for all women

Aam Aadmi Party (AAP) leader Arvind Kejriwal on Tuesday announced his third election-related pledge to the people of Punjab, declaring that 1,000 rupees would be given to women if his party came to power in the state.

Kejriwal said that women in Punjab work very hard and the sum of Rs 1000 per month is for their empowerment and financial strengthening.

Under this program, women aged 18 and over will receive 1000 rupees in their bank account each month. Financial assistance will not be limited to a single female member but will be available to all female members of a family. The amount will be paid in addition to social security and widow’s pension.

In the village of Sarai Khas near Kartarpur, Arvind Kejriwal has started a registration campaign for the Rs 1,000 per month program for women. He personally completed the forms for some of the future beneficiaries.

Women from various villages flocked to register on site. They were asked to bring their bank details and Aadhar cards.

Ribka from Sarai khas village told India Today that the unemployed are attracted to drugs. She still mourns her drug addict brother, who died a fortnight ago. She says there are two female members, including her mother in her family, who will receive 1,000 rupees each if the AAP forms the government.

Another resident of the neighborhood, Lata, who is unemployed, arrived at the scene to register for the AAP program.

“I came here to register but the chances are rare as political parties make similar election promises and forget once the elections are over,” she said.

Another resident of Sarai Khas, Meena, who is a former female village chief, said the women trusted Arvind Kejriwal this time around because Congress broke its promise to provide every household with jobs.

The AAP is not the only political party that promises financial aid to the people. Shiromani Akali Dal also promised to give 2,000 rupees to each female head of household who will receive a credit card. But financial assistance will be limited to poor women only.

But with the state chessboard under a debt of Rs 3 lakh crore, how will the AAP keep its promise if he is elected to power? When asked, Arvind Kejriwal justifies his plan to help women: “The Punjab loses 20,000 crore rupees every year to get meaning. This money goes into the pockets of corrupt politicians. We will save this money and finance our projects.”

The annual GST collection in Punjab is Rs 11,800 crore, and a significant portion of state revenue is spent on debt repayment, pensions and salaries. Will it be possible to generate an additional Rs 12,000 crore per year by simply selling sand? Opposition parties and political analysts have questioned this claim, saying it would weigh more heavily on the state.

Did the congressional poll manifesto for Telangana focus on minorities?

The majority of UK professionals are unhappy with their current salary

Dodgers: Chris Taylor Charity Golf Event gets help from his teammates – Inside…