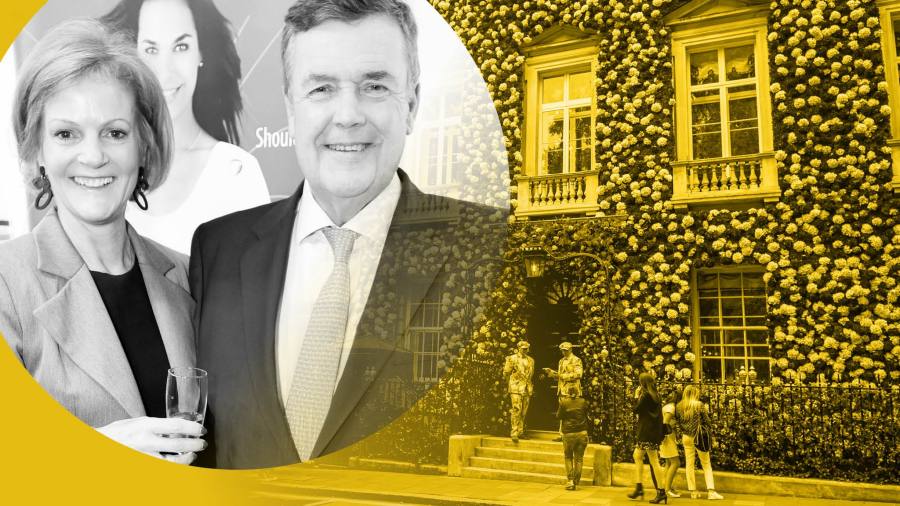 Thirteen people, including a former UK energy minister, are being sued for £178million in an alleged fraud at London Capital & Finance, where investors’ money was allegedly used to buy horses, a helicopter and lifetime memberships to Annabel’s, Mayfair’s private members club.

The directors of LCF, which went bankrupt in February 2019, told people connected to the collapsed investment company this week that they were the defendants in a lawsuit that will claim LCF’s purpose was to defraud holders. ‘obligations.

Administrators of Smith & Williamson are trying to recover money for the 11,600 investors who invested £237million in LCF before it failed in one of the UK’s biggest alleged frauds against retail investors.

The administrators claimed that the administrators of LCF had enticed thousands of retail investors to buy bonds of the group by pretending to invest in a series of businesses and real estate transactions. Instead, the directors claimed almost 60% of all investor cash – around £136m – was funneled to its executives, either directly or through loans to companies they controlled. or to which they were related. Directors have previously denied any wrongdoing.

LCF was established in 2012 by Simon Hume-Kendall, former chairman of the Conservative Party in Tunbridge Wells. It grew rapidly between 2016 and 2018 after hiring Surge Group, a Brighton-based marketing company set up by ex-police officer Paul Careless, to attract new investors, selling 16,706 bonds.

The investment company went bankrupt in early 2019 after the Financial Conduct Authority froze his bank accounts and said his marketing of unregulated mini-bonds promising yields of up to 8% was misleading.

Smith & Williamson directors said bondholders would only get back a quarter of the money they invested.

The scandal triggered a Serious Fraud Office investigation, which is ongoing. It has since also led to a ban on the marketing of mini bonds to retail investors, prompted government-backed scrutiny of potential FCA defaults and sparked a regulatory investigation of three accounting firms who signed the LCF books: EY, PwC and Oliver Clive & Co.

The new lawsuit filed by the administrators alleges that 10 of the 13 individual defendants “embezzled” money from bondholders. They include Mr Hume-Kendall and his wife, Helen, who received at least £24million in cash from investors, according to the claim. A person familiar with the matter said around £250,000 was spent by the couple on Annabel’s memberships. A lawyer for Mr and Mrs Hume-Kendall said they “strongly deny any wrongdoing and will vigorously defend the proceedings”.

Andy Thomson, chief executive of LCF, was said to have received £5.3 million in cash from the bondholders, according to the claim. A lawyer for Mr. Thomson did not respond to a request for comment.

Spencer Golding, a major shareholder in LCF-linked companies, received most of the bondholders’ money, according to the claim, at £42.8million.

London Oil & Gas director Elten Barker, who was LCF’s biggest borrower, is said to have received at least £5million. A lawyer for Mr Barker said he had denied the allegations and ‘believes the directors and their attorneys are strapped for money and are seeking to pursue this claim to allow them to rack up additional costs’ .

According to the lawsuit, the cash was either paid directly to the individuals by the agent in charge of collecting the bondholders’ investments while “other sums were paid to them indirectly, through a complex network of interconnected companies”.

Among the substantial sums paid to Mr Golding “allegedly as consultancy fees” were £1.2million to enable him to buy a Eurocopter EC135 T2 and £384,000 to buy a lorry.

A representative for Mr. Golding did not respond to a request for comment.

The lawsuit claims that the allegedly fraudulent nature of LCF’s business was “covered up” by a series of loans purporting to be “authentic arm’s length transactions”. Instead, according to the lawsuit, the bulk of the loans went to companies related to or controlled by the individuals.

LCF only made two “true arm’s length business transactions,” according to the claim, including a loan to Aim-listed Independent oil and gas.

Mr. Careless, whose company Surge was in charge of marketing LCF bonds, is also implicated. The lawsuit alleged that Surge received £60.8m of the bondholders’ money when he had “personally received” at least £8.5m. Surge said: “At no time [Surge] receive customer funds. Surge and Paul Careless strongly deny the allegations and this action will be vigorously defended.

Five of the 13 individual defendants are accused of failing to take sufficient steps to uncover the alleged fraud in their role as directors of companies linked to LCF. Among them was Charles Hendry, a Conservative politician and former British energy minister. Mr Hendry was a director of London Oil & Gas, which borrowed £129m from LCF.

Mr Hendry said: ‘This legal action against me is completely without merit. I will challenge it in court because I have always fulfilled all my responsibilities as an independent non-executive director.