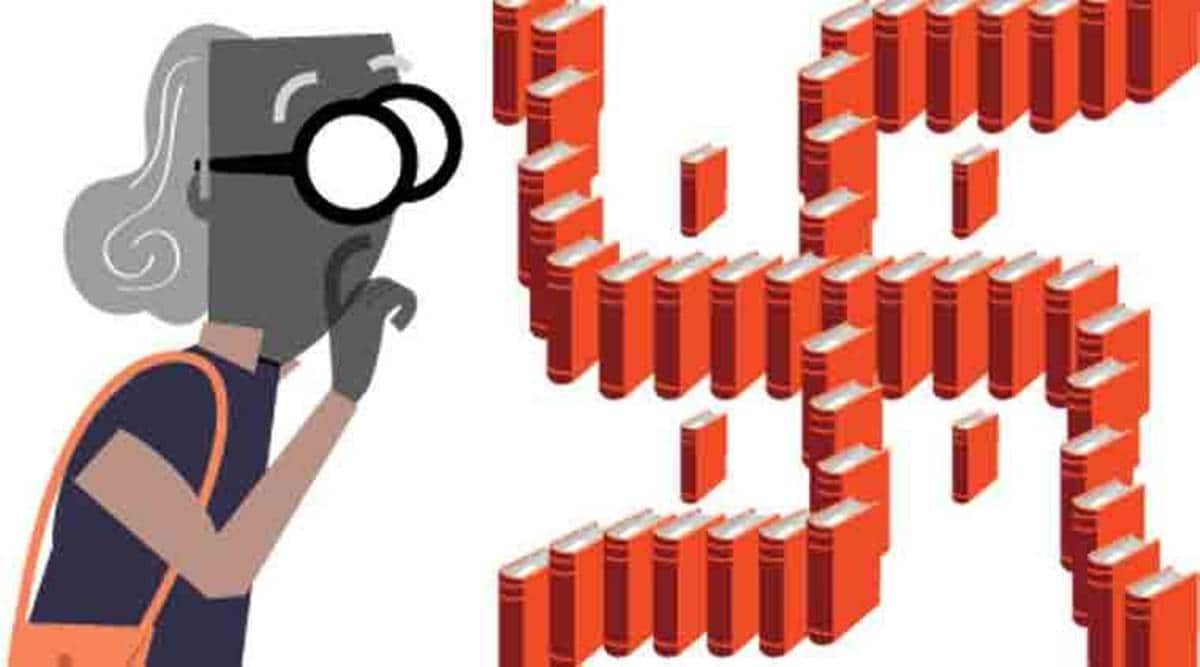 I have a problem. The “fringe” claims my family. Quickly.

For the past 10 years or so, the “bangs” have swirled down the sides, cascading from the top, and completely enveloping my upper caste, middle class, educated Hindu family. And I, a secular, liberal and feminist woman, find myself increasingly abandoned, marginalized and slandered.

My problem is this: because the ‘bangs’ now reside in my family, I see how powerful they are, how insidiously they work. If he can sever family ties, I’m afraid of what he can do on a larger scale.

My family has radicalized – no, there is no polite substitute for the term – one social media post at a time, to the point that interactions with them have left me enraged, heartbroken, and very, very. alone.

I tried to argue. Counter disinformation with facts, reasoning, coaxing, harangues, emotional appeals, I’ve tried them all. But the “bangs”, warning me, taught them that I am disabled. My political views cannot be rational, I have been “brainwashed”. I, a single woman at 30, with friends of all genders, I am condescending at best, vilified at worst, always viewed with suspicion. That’s how powerful he is.

Of course, my family and their immediate ecosystem did not discover the religious divide in 2014. As a child, I remember conversations about “only upper caste Hindus have no champions” among politicians; how “Hindus with small families pay taxes but these people with so many children receive subsidies”. But I also remember a general feeling that bigotry is shameful, and instead of being too preoccupied with religion, one should study well, find good jobs, and live on.

Now, they swallow the most wacky WhatsApp shipments, vehemently defend childish claims, and view full-blown fanaticism as a long-awaited identity claim. For years, these people were fed a diet of social media posts that spoke to them as if only they “understood” them.

I saw the WhatsApp window transform the Overton window. From “You have long followed Western science, now consider indigenous wisdom” to “Do you know the true story of Sanatan Dharma” to “This is how Hindus were treated by XYZ” to “If you do not speak now, your children will be forced to convert, ”to“ Your hour has finally come in the land of your ancestors. ”Even open appeals for bloodshed are defended as having come from those who“ let themselves be carried away ”and did not“ think not really what they were saying ”!

These WhatsApp messages usually contain a kernel of truth, which makes them plausible. From there, they take giant leaps in logic and crazier freedoms with the truth, to seduce a well-groomed mass, but, of course, also consenting.

The mega identity that these messages forged is powerful enough to sever personal ties. Like me, many of my friends now stay away from their families, visit home less often, small arguments quickly erupt because of the resentment left by political conflicts. Unable to engage or explain, we cut ourselves off, knowing full well that it was a failure, that we ceded ground to the propagandists.

While this applies to both Hindu men and women, for women it, like most other things, is worse.

Well-meaning male friends advise me to engage more. What I am not always able to explain to them is the sorrow I feel when a once beloved uncle does not meet my eyes while refusing to condemn Kathua or Hathras otherwise. When I point out a cousin’s misogynistic comment on Shaheen Bagh, and he’s sheepish for a second, before aggressively defending him. When my existence serves as a rebuke to my mother, who has given her daughter too much freedom. When another cousin combs through my social media profiles to see if a man has “turned my head” while sending me “jihad of love” messages.

No matter how much a blood relationship turns you off, it’s hard to stop loving them.

This is why I, and others like me, cannot afford to give up. We just need to put in more effort, and one day, maybe, we can convince our families that we are not rude ungrateful people who fight for fun, but people who love them, and therefore expect. that they help to create a less violent world. country, which is safer for all of us. After all, only love can fight hate.

National editor Shalini Langer is responsible for the “She Said” column

The shortage of female executives in the labor market occupies recruiters

Mahindra digs its own groove in super-app strategy