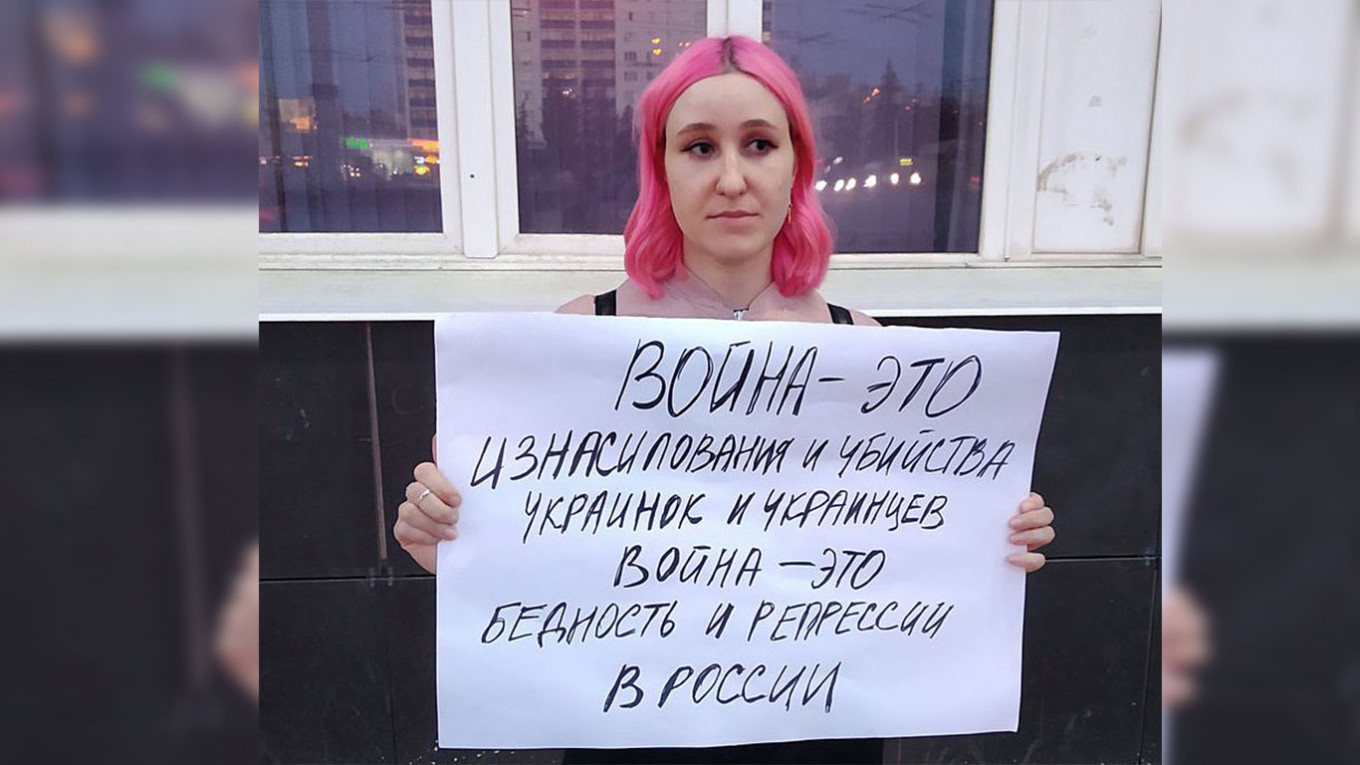 Where do rapists and murderers come from in Ukraine?

On April 19, a court in Bashkorostan ordered journalist Daria Kucherenko to pay a fine of 30,000 rubles (about $500) for her protest against the war.

“After working for eight years in journalism, during which she monitored information in various media,” the court verdict said, “she came to the opinion that people are dying in Ukraine because of the actions of Russian servicemen and that Russian soldiers rape Ukrainian women.. Since she is a pacifist and a feminist, she believes that it is in the traditions of Russian men to rape and beat women.

Daria wrote on her Telegram channel that she completely agrees with this characterization. “Yes, I believe that violence against women is a Russian patriarchal tradition. And that what have been seeing in Ukraine is his result.”

I agree with Darya. The Encyclopedia of Philosophy defines tradition as “an anonymous, spontaneously developed system of patterns and norms that a large and consistent group of people follow in their behavior”. I don’t know what other countries have this tradition — though I suspect it exists in most of them — and it’s better in some places and worse in others. But that it exists in Russia, I can say with certainty.

Today, my social networks are filled with posts which exclaim: “Who are all these men who rape women and children in Ukraine?” “It is not possible !” “It’s impossible to believe!” “Certainly not children!”

But just a few years ago, the same social media was filled with posts from women who took part in the “I’m not afraid to say it” flash mob and chronicled their experiences of violence and harassment. In many cases, the stories were about their childhood.

My personal experience is typical. In high school, my girlfriends and I rode the subway with drawing compasses in our pockets so we could defend ourselves from men who put their hands under our clothes. We also all knew “the man in the blue jacket” who sat next to girls on the subway and stuck his genitals out of his pants. As a teenager, I was terrified of a neighbor in our country house saying, “Wow, you’re only 13 and you already have boobs like that!” Around the same time, my dad’s drinking buddy opened my bedroom door and said, “I wish we had girls like you.”

An instructor on a camping trip was following us down to the river to see if he could see anything while we were doing the dishes. When we sat on the floor, the literature club teachers pulled the girls between their legs. When I was in sixth grade, high school students tried to force me into the apartment — I don’t know what they had planned because I managed to escape. When I was 23, as I was walking home one winter evening, a man attacked me from behind: He grabbed me by the throat with one hand and pushed the other between my legs. This time I managed to free myself too.

Literally all my friends have almost the same experiences, and many women have had worse. In Serpukhov, Margarita Gracheva’s husband cut off her hands. In St. Petersburg, Daria was shot in the eyes by her ex-partner with a shotgun.

Two-thirds of murdered women in Russia are victims of domestic violence.

According to a study by the agency Mikhailov and Partners, when a woman says “no”, 47% of Russian men do not believe that it means that she does not want sex. If the word “no” is not uttered, 39% of men consider it flirting and 7% consider it consent to sex, even if the woman actively resists. A survey by the Public Opinion Institute “Anketolog” showed that 73% of Russians admit that violence by husbands against their wives is widespread in the country.

In the same poll, 14% of men said that every husband has the right to beat his wife.

“In the Kaliningrad region, a man got drunk and set fire to a house with his wife and children inside.” “A village deputy who stabbed his wife and dumped her body in a landfill in the woods has been arrested near Krasnoyarsk.” “The body of Miss Kuzbass 2010 was found in Moscow, her husband said she had gone abroad.” “In Chuvashia, a jealous husband decapitated his wife with an ax and threw her head into an ice hole.” “In Yekaterinburg, a woman said her husband beat her for several hours and threw her from the fourth-floor balcony.” “In Transbaikalia, a man strangled his wife and cat in front of his children.” “In Pskov, a husband made his wife dig her own grave and bark like a dog under the table.” “Chechens could have kidnapped a Chechen woman in Dagestan for an honor killing.” “‘She didn’t cover her head and even drank beer.’ Why male relatives kill women in the North Caucasus.”

In a poll, 14% of men said every husband had the right to beat his wife.

After high-profile instances of violence or “I’m not afraid to say it” flash mobs, there’s a moment of outrage on social media, but nothing changes.

The state does not officially consider violence against women a “serious problem”. This is how the Ministry of Justice responded to a request from the ECHR addressed to Russia. “Legislation provides all the necessary tools,” Peskov said in response to the ECHR’s request for a law against domestic violence in Russia.

Nor does the public regard the problem as too serious. Here’s just one example: After widespread media coverage of Mikhail Skipsky, a teacher and game show player who molested his underage students for years, parents continued to send their children to him for private lessons.

Denying that Russian men are capable of violence and brutality is the best way to go. “They couldn’t do that.” “That can’t be true.” Unfortunately, this may be true. These people have always been with us. What they are doing to Ukrainian women and children is really almost impossible to believe, but the only difference is that in Ukraine they feel totally unpunished. If they thought they could get away with it, they’d do the same to us.

Opinions expressed in opinion pieces do not necessarily reflect the position of The Moscow Times.